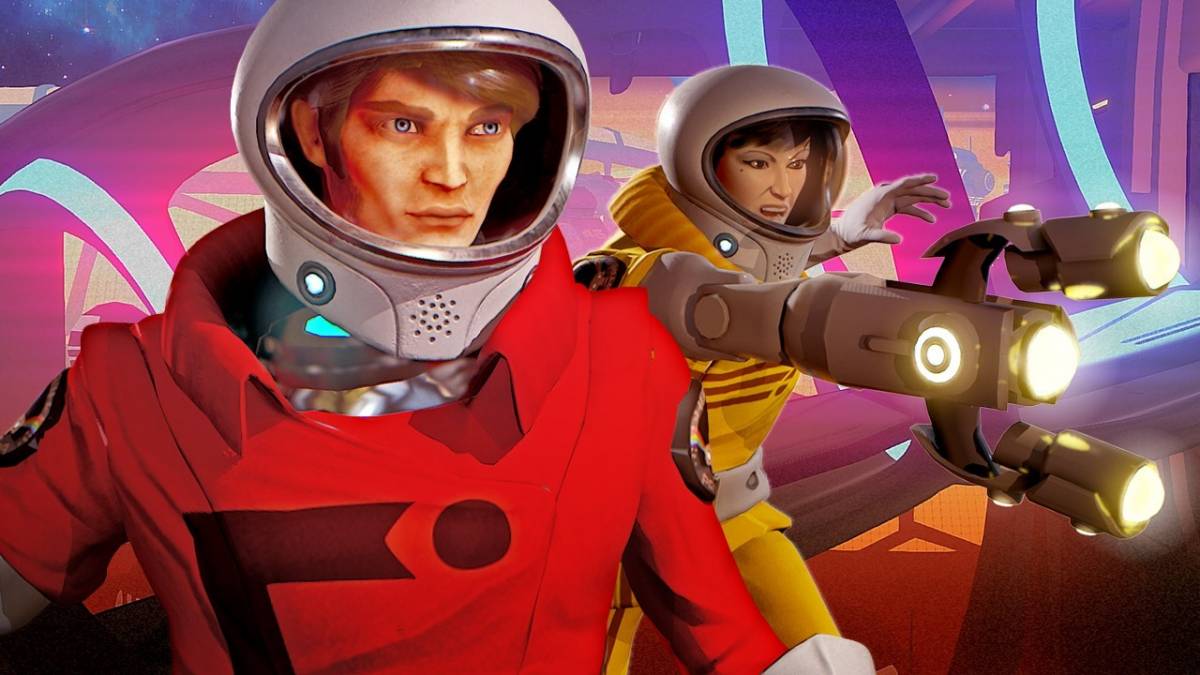 I’m not sure how Double Fine keep doing it. They take a silly premise and turn what could be a gimmick of a game into a game time and time again. They’ve done it with great success in the past and this year’s Headlander should gladly rank among their best efforts to date.

A title all about using your head (literally), Headlander is a mix of humour, puzzles, and a genuine heart that might not be immediately obvious. The main mechanic, floating your detachable head around a series of difficult situations, might not make a lot of sense within a Metroidvania game, but it certainly works. This relatively absurd proposition doesn’t make Headlander a one-trick pony; it evolves and distorts the further you progress into its dystopian world.

As the last surviving human, you’re tasked with traversing space stations inhabited by robots who are the governed by the minds of the long deceased remainders of humanity. As this is a video game, you better believe that there’s an evil AI bent on keeping the population sedated. That’s where you come in, flying your rocket-fuelled head around different, striking rooms looking for an answer.

The big draw of Headlander is how your head can attach itself to almost any body available. An early puzzle sees you taking a female robot’s body so that you can progress through the sewage of a women’s bathroom and onto the next area. Even better, a side mission asks you attach yourself to a robot dog and return it to its owner. It’s the small things in Headlander that really capture the attention.

Progress is determined by matching the colour inform of the station’s security with that of a locked door. Here’s where things get complex: the body you need is in another room, but there are plenty of guards blocking your escape, or electrified floor that only another guard type can traverse. How you get past them is ultimately down to you – Headlander won’t hold your hand, even to begin with, electing instead to give you a low five and tell you to get on with it.

Combat is as frantic as you would imagine it would be. How you approach them is up to you: do you try to take them all on with an advanced guard or hoover their heads off one by one and hope for the best? Gunplay is admittedly not the strongest – you’ll spend countless time trying to land a shot as your arcing fire goes off in all directions without proper precision. With upgrades, however, the playing field levels out.

The art style and music of Headlander make it a really easy sell. Imagine if Bioshock was set during the Summer of Love and you get the idea, though it’s worth bearing in mind that comparison to other games are hard to come by with Headlander – it’s its own beast. You are unlikely to play anything quite as unique as this this year and you really should if you haven’t yet.

Plus, the door AI is so sarcastic that GLaDOS would be proud.