"The third game has the potential to revolutionize the genre once again." 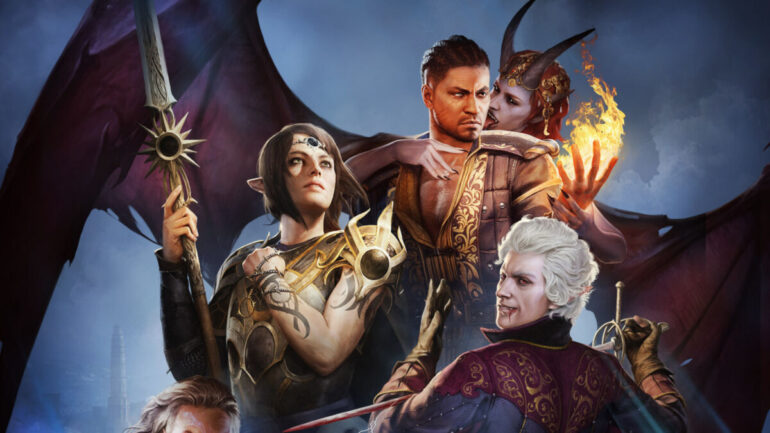 I’m starting to believe that Dungeons & Dragons can do just about anything and be successful. From playing the tabletop in your room with a group of friends to its many video games, the D&D franchise has remained a dominant force for decades. With Baldur’s Gate 3 entering Early Access, it’s another reminder of how great it can be.

When the original Baldur’s Gate was released, the idea of a good western RPG title was dead. Nobody believed that it would ever be done, but then it happened. Baldur’s Gate is a game that has a longstanding history in the gaming world, not just as a good game, but as a genre-shifting product.

It’s been 20 years since the previous game, Baldur’s Gate 2: Shadows of Amn, but was the wait worth it? The third entry builds on the legacy of its predecessors to create a truly epic western RPG and, just like the original title, I think that this third game has the potential to revolutionize the genre once again.

Baldur’s Gate 3 is a turn-based RPG with a focus on storytelling that builds on the work of its predecessors to create a unique, inviting experience. In some ways, it reminds me of XCOM 2 or Darkest Dungeon because the biggest struggle is keeping your party alive through thick and thin. You will lose companions, some of them even permanently, and you’re forced to move on without them.

When I look at Baldur’s Gate 3, I see another game with the potential to be groundbreaking. It has all the right systems along with an enjoyable storyline, but to see the full impact this game might have will require time. All things considered, though, it has a very good chance of going down as one of the best RPGs in recent memory.

In terms of gameplay, there are three basic systems that you’ll be interacting with throughout the course of the game. Puzzles, combat, and storytelling are all important as you discover more about the world you are in and go adventuring. The quests I played were entertaining and well-paced, and I never found myself bored with the progression.

One of my favorite quests was when I, unfortunately, got one of my companions killed and had no scrolls of revival to bring them back. Their ghost appeared to me and told me of a magical procedure to resurrect them that involved playing an instrument, saying a series of magic words in the correct order, and sewing. It’s these kinds of serious and yet somewhat ridiculous quests that make me fall in love with a game and the quests here help to flush out Baldur’s Gate 3 in a way I haven’t experienced in a long time.

The combat in Baldur’s Gate 3 is difficult, especially in the beginning. As with the D&D tabletop, your actions are confined to the number of spells and cantrips you have available to use and you only can replenish them through the game’s rest system. Starting out, you don’t have many abilities available at all, something that can severely hinder you in combat.

Several times I even forgot to rest my party before entering the next encounter and I paid the consequences. Without spells and special actions, you will only be able to perform basic attacks and use items. Fight difficulty increases dramatically once you reach this point as you’re left without a way to do any serious damage.

Take your time to learn the ropes of the combat system and you’ll be fine, though. The combat is fast-paced and there are great options when it comes to choosing your class: Cleric, Warlock, Wizard, Rogue, Fighter, and Ranger. Each of these classes has unique playstyles along with subclasses that help to further individualize them. If you are new to games like this, then I would recommend going with the Fighter class because it has the easiest learning curve.

Make sure to read what each of your abilities can do so that you can figure out your character’s synergies. An example of a good synergy is the Hellish Rebuke spell along with Taunt. Hellish Rebuke causes all enemies that attack you to take damage, while Taunt forces your enemies to target you. It can be a lot of information starting out, but it’s well worth it to figure out how things work. Once you have the ropes down, you’ll be going through combat sequences like a breeze.

Baldur’s Gate 3 also features the kind of puzzles you might come to expect from a D&D game. They range from simple, such as playing a musical instrument to create a tune, to complex, like lighting a series of torches in the correct order to open a secret door to find treasure. Whatever the case, puzzles are everywhere in the game so you’ll never be left without something to do.

Whether it’s your player character or your companions, you are constantly figuring out the backstory and information on the people you meet, such as Gale, the wizard prodigy. Gale is on a quest to remove magical corruption from his body that he received from practicing forbidden magic. As the player, you can either choose to help him or leave him to his fate.

From the start of the game, you get to tailor your own background during character creation, and, depending on your choices, you will have different options throughout that directly play into the fates of people in the world and the general plot.

I won’t spoil too much here, but the main storyline in Baldur’s Gate 3 certainly lives up to D&D standards. You start out as a captive on a Mind Flayer ship after being injected with a parasite and your goal is to escape and find a way to cure yourself before you turn into a mindless husk. Throughout the course of this early journey, you are able to ally yourself with some of the other prisoners to aid you in your escape. After that, though, you can either choose to continue adventuring with them or go your separate ways.

Baldur’s Gate 3 is just going into Early Access, so it will, of course, suffer the usual problems that arise in an unfinished game. The developers are hard at work though and improvements are rapidly being made — the game is both playable and, most importantly, enjoyable. Just be aware that this is an early version of the game rather than a final product.

Based on what I have played so far, Baldur’s Gate 3 promises plenty. Whether you’re spending time learning about the members of your party or going out to find that next great adventure, there are many ways to get lost in this world and there’s never a dull moment. From the first cutscene to the end of this still burgeoning journey, you can expect to find something to like about Baldur’s Gate 3 wherever you look.