The Aqua Teens return to fight big corp, carnivorous wildlife and, of course, each other. 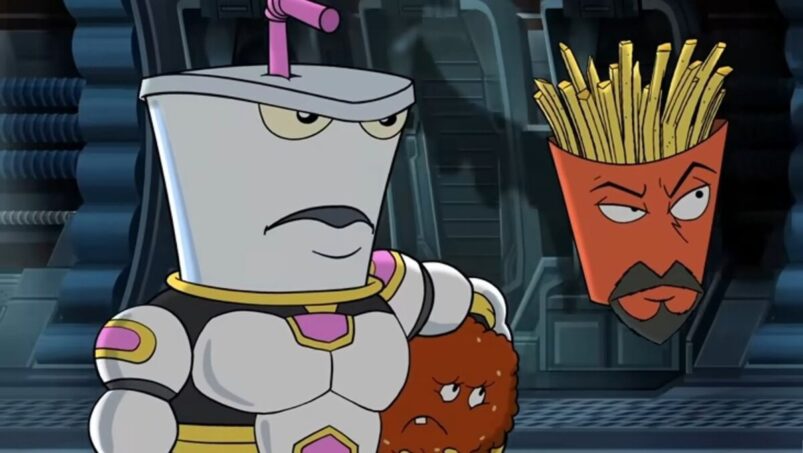 Aqua Teen Forever: Plantasm isn’t the first time that the stars of Adult Swim’s second-longest-running adult animation have seen their adventures adapted for the big screen. Aqua Teen Hunger Force Colon Movie Film for Theaters (a deliberate mouthful) had seen protagonists Master Shake, Frylock and Meatwad battling the forces of evil for a full 85 minutes back in 2007, and while it may not have been a critical darling, Colon Movie is still held in relatively high esteem among established fans thanks to its generous helping of the snarky, irreverent humour its core audience enjoyed from the show’s original run.

The idea of a fully-fledged Aqua Teen movie, however, is oddly paradoxical. The whole joke of the show was that its titular heroes were in possession of immense powers that they rarely utilised in meaningful ways, presenting its anthropomorphic protagonists as a crime-fighting super team and then having them spend most of their time bickering, irritating their long-suffering neighbour Carl and getting into a string of surreal, nonsensical scrapes. Expanding things out into a bombastic feature-length adventure runs the risk of undermining the very joke upon which the characters and their world are based.

Plantasm is admittedly an enjoyable escapade, even if it never quite manages to reach the bar set by the enjoyable escapades of the show it’s based on. An in-joke from the movie’s villainous meta-commentators The Moonanites that the audience had to fork out 20 dollars for a 75-minute extended episode shows some self-awareness of the movie’s inflated price tag, but acknowledgment of the injustice won’t make your wallet feel any less empty. On digital or physical release, Plantasm seems glaringly overpriced for what it is.

The movie’s actual narrative, while frustratingly short and not particularly well-paced, is admittedly whacky and outlandish enough to warrant being extended beyond the TV show’s usual 12-minute episodic runtime. Centred on a Jeff Bezos, Elon Musk-inspired tech mogul called Neil (voiced by Peter Serafinowicz) and his bid for global domination, Plantasm starts with its core protagonists split from one another after a bitter falling out.

Genius Frylock is initially working as an IT technician before taking up employment with the aforementioned Neil, whereas naïve Meatwad and self-obsessed Shake find themselves hovering just below the breadline now that the only responsible member of the team has left for pastures new. This is where things initially drag as the story lays its groundwork, waiting to explode into life and reunite its disparate team members for one last cosmic adventure.

Events do kick into gear in the second half when Neil’s plans go awry and the Teens inevitably coalesce to begin sparring and bickering as though they’d never been apart. Whenever Plantasm deals with non-regular characters and events it feels alien, even diluted, but re-assembling Meatwad, Carl and the forever-antagonistic duo of Frylock and Shake allows pleasingly familiar sparks to fly.

As a movie clearly designed to appease long-term fans, Plantasm is at its best when it exploits familiar, established character dynamics. Feature-length adaptations such as The Simpsons Movie or even Beavis and Butthead Do The Universe were able to draw in viewers from outside of their usual respective purviews, but Plantasm is purely for fans of the original Aqua Teen Hunger Force and its many iterations. I can only imagine how baffling cameos from the show’s recurring secondary characters, be they Boxy Brown, The Mooninites or Murkula, must seem to the uninitiated.

For those well-versed in the suburban chaos that is Aqua Teen Hunger Force, then, Plantasm is manna from heaven, albeit manna that’s way overpriced and frustratingly under-stuffed. The laughs don’t come with quite the frequency that the show enjoyed during its subversive heyday, and it isn’t quite the surreal and subversive tour de force that was so good that Patti Smith was compelled to pen a tribute song after the show’s finale, but there’s enough of the old magic left in the Aqua Teens to pull things through. 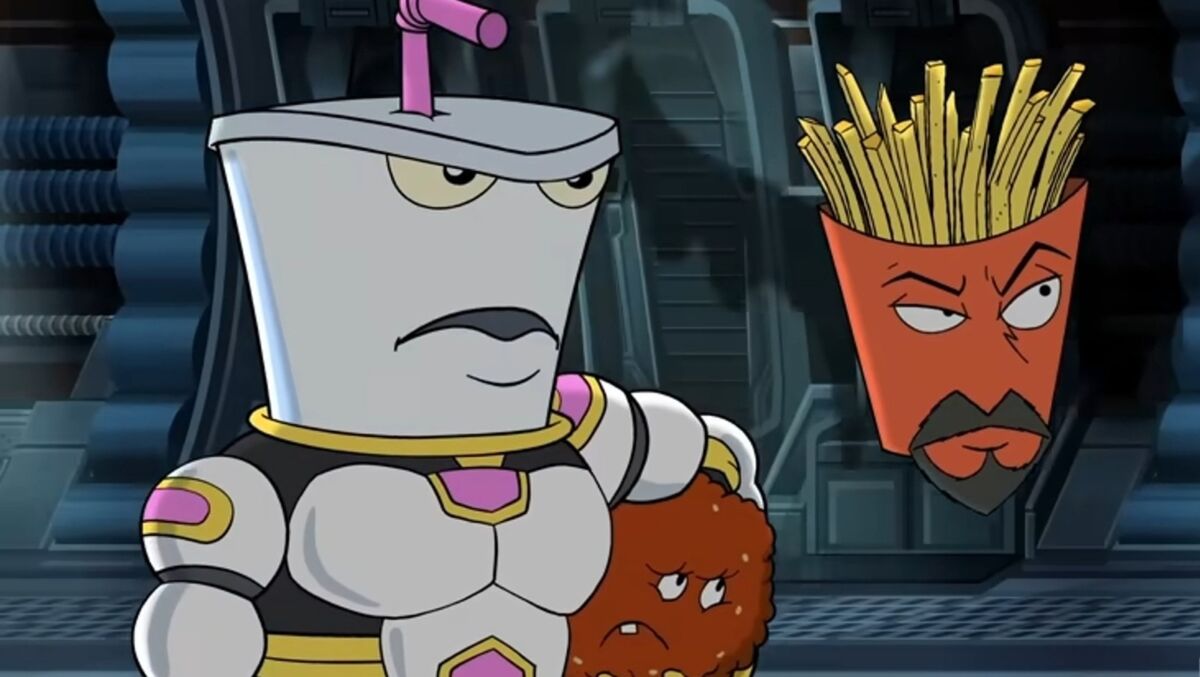 Verdict
Aqua Teen Forever: Plantasm is nothing but indulgent fan service, but for devotees of the original long-running cartoon, it’s a welcome return for Adult Swim’s iconic comestible antiheroes.
6.5
Cultured Vultures is a pop culture website established in 2013 covering all things gaming, movies, and more. We eat your words.
All The News On The Biggest Games