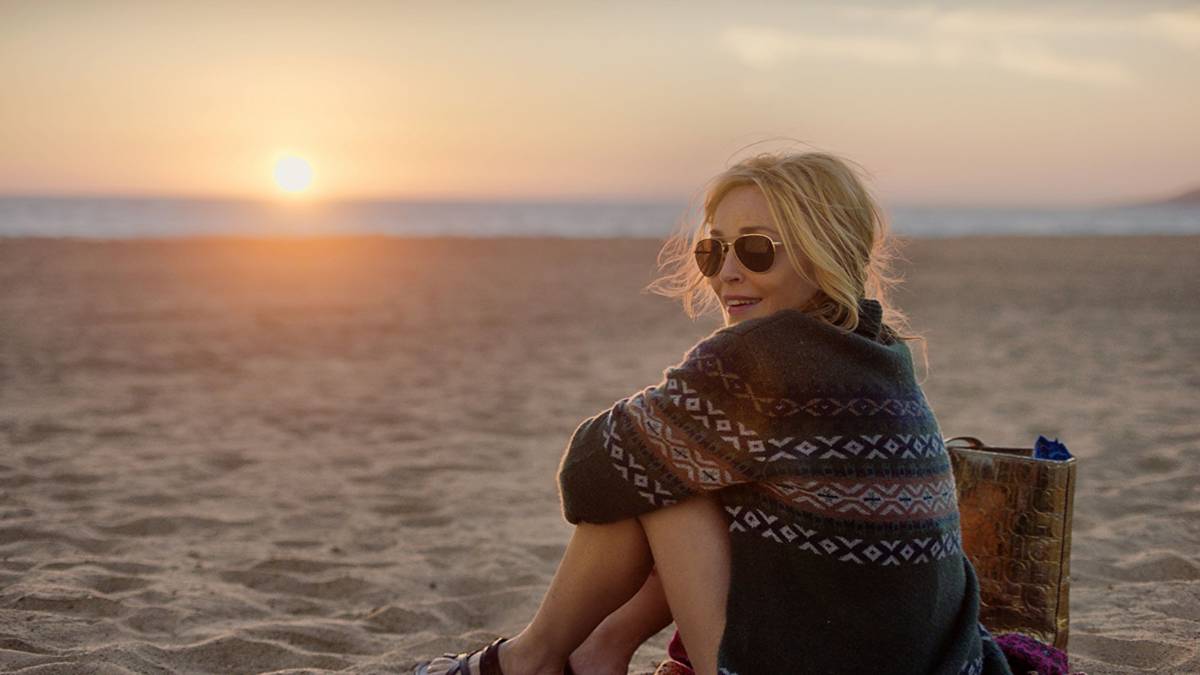 All I Wish (or A Little Something For Your Birthday) is written and directed by Susan Walter and is the story of Senna, a 46-year-old woman played by Sharon Stone whose love life is looking worse for wear and whose career isn’t going the way she planned. We follow her on each of her next few birthdays as she tries to get her life in order.

First of all, All I Wish boasts some really relatable themes such as searching for love, aging, and not being happy with your career. People are bound to connect with the issues presented, and women in particular will surely empathise with the main character and root for her to succeed.

Sharon Stone gives a good performance, but there isn’t really a scene or moment that stands out as particularly well-acted. She spends a lot of the film conversing with various people in her life, from her mother to her lover, with friends and bosses in between. While she perfectly portrays her character and the different dynamics she has with said people, I would have liked to have seen a script that offered her character more layers, and gave her more chance to show what she’s capable of. She does break down crying in one scene and that’s really the most that we get from Stone.

The supporting cast were all fine, though none are especially noteworthy, with the exception of Ellen Burstyn who despite not having that much screen time, did provide a few moments where I felt particularly invested in her character.

I will also say that despite said aging crises, debt and love triangles, All I Wish manages to be a somewhat uplifting film with a feel-good tone, being populated with fuzzy shots drenched in memory-like warm lighting, an upbeat soundtrack and a good mix of humour and drama.

Walter has said that she chose to structure the film on a succession of birthdays as she has a personal grievance toward them and that the constant state of the protagonist is characterised in the way Walter feels on her birthday: stressed, panicky, unaccomplished etc. While I understand the intention, I personally feel that this was a poor choice. The narrative is thin because of the way it’s structured, and there isn’t a clear feeling of time’s passing, with events that happened a year ago or even a few years ago often feeling like they literally just happened. If the narrative structure was regular, it would be much more cohesive and would make for a less jarring viewing experience at times.

I say jarring because when every part of the narrative is set on someone’s birthday, you are limited to how much of a story you can tell and more specifically, how you can tell it. This is made obvious in documentary-style clips that I can only assume were an afterthought to help fill in any narrative gaps, which really just served to tell us how a character is feeling at a particular moment. These interview style clips are dotted throughout the film and to be honest felt out of place, pulling me out of the movie more than they informed me of any character’s emotional status.

Another flaw in All I Wish is that none of the characters are very likable. The main character’s friend is kind of annoying, her mother is overbearing, and her boyfriend is a bit of a jerk. While it’s good for characters to be flawed, they must at least be likable or interesting. Sadly, in this case, they are neither. I must state this isn’t the fault of the performances so much as it is of the screenplay.

Because the character of her boyfriend isn’t the easiest to take to, it’s hard to root for Senna and him to work out. Because so much of the story hinges on their relationship, I unfortunately didn’t feel as invested as I’d like to have been for a large portion of the movie. Earlier I said people will root for the character of Senna to succeed, and that’s true, but they won’t necessarily root specifically for her relationship with Adam to work out (or maybe I’m just giving the guy an overly hard time).

There are big moments where the couple fall out or make up or kiss for the first time as the music swells, and while they feel like impactful moments you should care about, you just don’t feel the emotional punch because you don’t particularly want them to be together, and that’s in large part due to the writing of his character, but also because of a much bigger issue: Senna is the type of woman who can’t survive or feel secure without a man by her side. This is perhaps my biggest issue with the film.

In 2018, of all times, when there’s increased emphasis on not just strong female characters, but strong females in general, the protagonist is just unable to get by or feel happy without a man. I’ve seen this done in films before and I understand the character’s want for a soulmate since she’s been searching some 50 years, but usually with a character like this, the woman in question learns to value herself as an independent being and then goes on to love again but with a new and improved sense of self-respect. Unfortunately, that’s not the case here. I’m not 100% sure, but I’m fairly confident All I Wish fails to even pass the Bechdel test, with every conversation (or at the very least most conversations) between women concerning a man or men they are chasing.

Despite some incredibly relatable themes, the basics being perfectly passable and an occasional scene-stealing moment from Ellen Burstyn, the script, editing, and a few directorial decisions ultimately let the film down. The narrative structure really damages the flow of the movie, the characters were mostly unlikable and the emotional moments didn’t really land for me.

I’m aware I’m not the demographic for a movie like this, however, and if you like the look of the trailer or are a fan of easy-going ‘Sunday morning’ films with a lot of soft-focus cinematography and a generally upbeat tone, you’ll probably enjoy it. I’m afraid if you’re looking for a film with a lot of substance to engage you emotionally, you may find All I Wish a little flat.

All I Wish is in theatres and on VOD and Digital HD this Friday, March 30th.