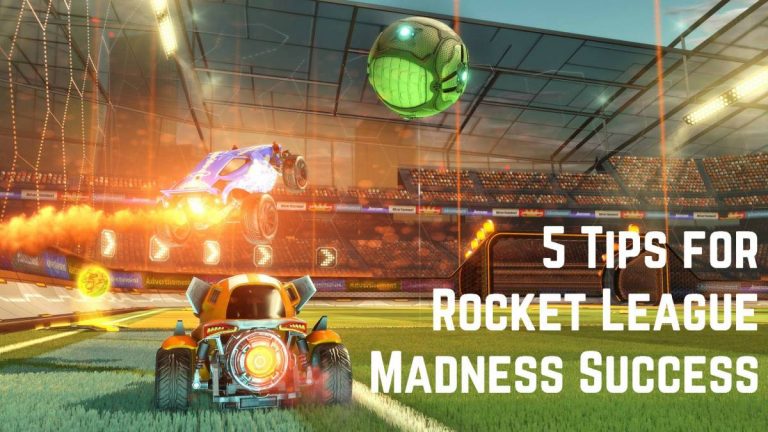 Rocket League is the greatest game of all time. Okay, I may be feeding off the adrenaline rush of an overtime match in which I scored the winner and it may be clouding my judgement just a little bit, but there’s no denying that Rocket League is a contender for surprise hit of 2015.

Critical reception has been overwhelmingly positive, it’s become the most watched game on Twitch and has reached such a huge audience already that its servers are almost always full to the brim. Developers Psyonix might not have imagined that it would go on to such success, yet they should as it’s one of the most refreshingly simple and addictive releases I have come across in many, many years.

Rocket League’s winning formula is down to its simplicity, there are no prompts to download an acre’s worth of DLC so your car farts the songs of Snoop Dogg or anything of the sort; its core gameplay is more than enough to suit most people, myself included. Although it is easy to play, there are still some tips you should follow if you want to get ahead in this crazy world of vehicular football.

1. Don’t be one of the cooks that spoil the broth

It’s hard not to get excited when playing Rocket League (insert lazy joke about liking balls here) and can mean that all the madness gets the best of you, meaning you’re chasing after the ball like a dickless chicken along with all your other teammates. This will almost always end up in you crashing into each other, leaving gaps in defense and making your team look as if they’ve had too much sugar. If a teammate is going for the same ball as you, consider letting them have it and earn some bro-points at the same time.

2. Flipping forwards can improve your speed

Might be seen as a bit of a cheat this one, but if everyone else is doing it then so should you. Feeling like you never quite win the first touch enough? Holding forward and quickly tapping the jump button can help to propel you forward – pretty awesome for getting the clinical touch in a goalmouth scramble as well as getting back to your goal if the opponent’s on the break.

3. Be the goalkeeper, save the world

Everyone wants to be the certified badass that pulls off a quadruple inverted corkscrew splash that clinches the winning goal, but there’s just as much joy to be had from saving a goal, if not more. If a match is tight, I will often stay behind in goal, repelling attacks and leading the counter, which is a damn effective way of scoring a squeaky goal with your opponents still in your half and not defending, the silly bitches.

4. Wait for the bounce

As mentioned before, it can be all too exciting playing Rocket League, driving around like Speed Racer on crack in search of an oversized ball. One of the most frustrating parts about gameplay is never knowing exactly how the ball will bounce, meaning you often bounce around the pitch and miss every loose ball like Emile Heskey trying his darnedest. If you wait for the ball to bounce (maybe even more than once), you can gauge how to approach the strike much better and watch in delight as everyone else kangaroos about.

5. Use the environment to get ahead

This is probably the hardest thing to master: knowing how and when to heap off the walls and roof that surrounds the playing field to your advantage. Once you do, however, you should be able to jump off and boost towards your target, circumventing opposition players in the process and staying much more excellent than they are. Additionally, your goalmouth is a great area for you to drive in, around and off to proper yourself back into the action.