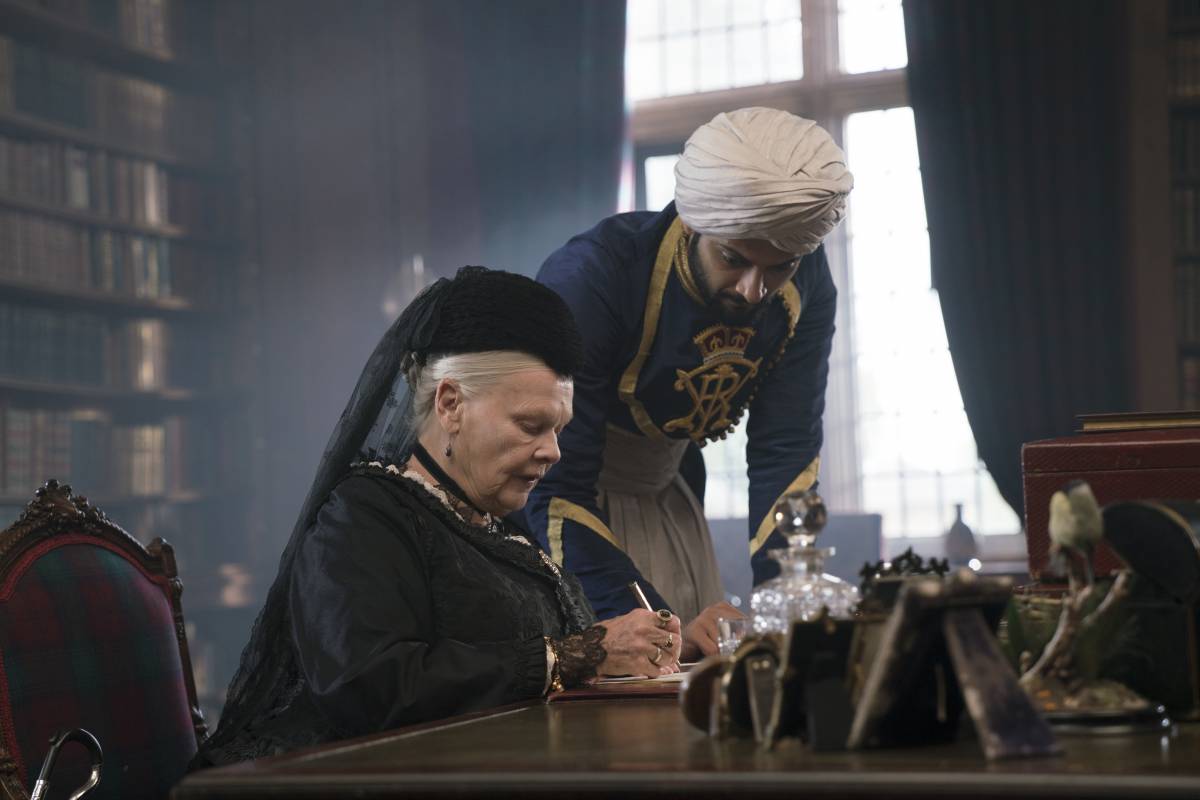 Victoria and Abdul is an amusing dramedy that plays more to the comedic side as Queen Victoria befriends Abdul Karim, but it works better as a book.

Dench returns to portray Queen Victoria for the first time since Mrs. Brown (1997), a role that led to Dench’s first Oscar nomination.

The film is based on journalist Shrabani Basu’s book, Victoria & Abdul: The True Story of the Queen’s Closest Confidant. Without her book, history may very well have likely have been lost forever. Abdul would just have been a random painting on the wall at the Osborne House, Victoria’s Isle of Wight residence.

The film starts in June 1887 when an Indian Muslim, Abdul Karim (Fazal), is chosen to travel from British India to England, where he’s to present a medal during the Queen’s Golden Jubilee. Breaking all the rules, he finds himself in an uncomfortable position in his newly found admiration from the Queen. As he befriends and advises the Queen on matters, Abdul, who earns the title of “Munshi,” teaches her the language of Hindustani and she learns how to write Urdu. Without those journals, nobody would have learned their joint story.

Their relationship tests the Queen’s household and especially tests the Queen’s 57-year-old-son, Bertie (Izzard). Bertie wants no part of Abdul and is willing to do whatever it takes to get Abdul back to India, going as far as accusing him of being a spy. If this were a musical, Bertie would be the person singing, “I Just Can’t Wait To Be King.” For all of Bertie’s wishes to be the king, his reign as Edward VII ends up being short-lived but not without sending Abdul back to India.

Despite the friendship, the Queen is depicted as being rather tolerant and progressive.  Was she? I don’t know. Ultimately, this is for history to decide. Is it entirely possible that Hall has chosen to be selective with the screenplay adaptation? Sure. There’s a lot to take in during the film’s 106 minute running time. The film covers their friendship from 1887 through her death in 1901 at the age of 81. It is entirely fair to say that this running time does not do friendship justice and it’s possible that there’s more to the story than meets the eye.

The humor was very surprising but it’s not enough to carry the film. Dench carries the bulk of an unbalanced film on her back. While an acting nomination is to be expected for Dench, any chance of a nomination for Best Picture went out the window upon the premiere at Venice before a stop in Toronto. There’s no denying that the story of Victoria and Abdul is incredible. It’s just that the story works better as a book than movie.

Focus Features will open Victoria and Abdul with a limited release on September 22, 2017 before expanding into more theaters.