10 Underrated LGBTQ+ Movies You Should Watch 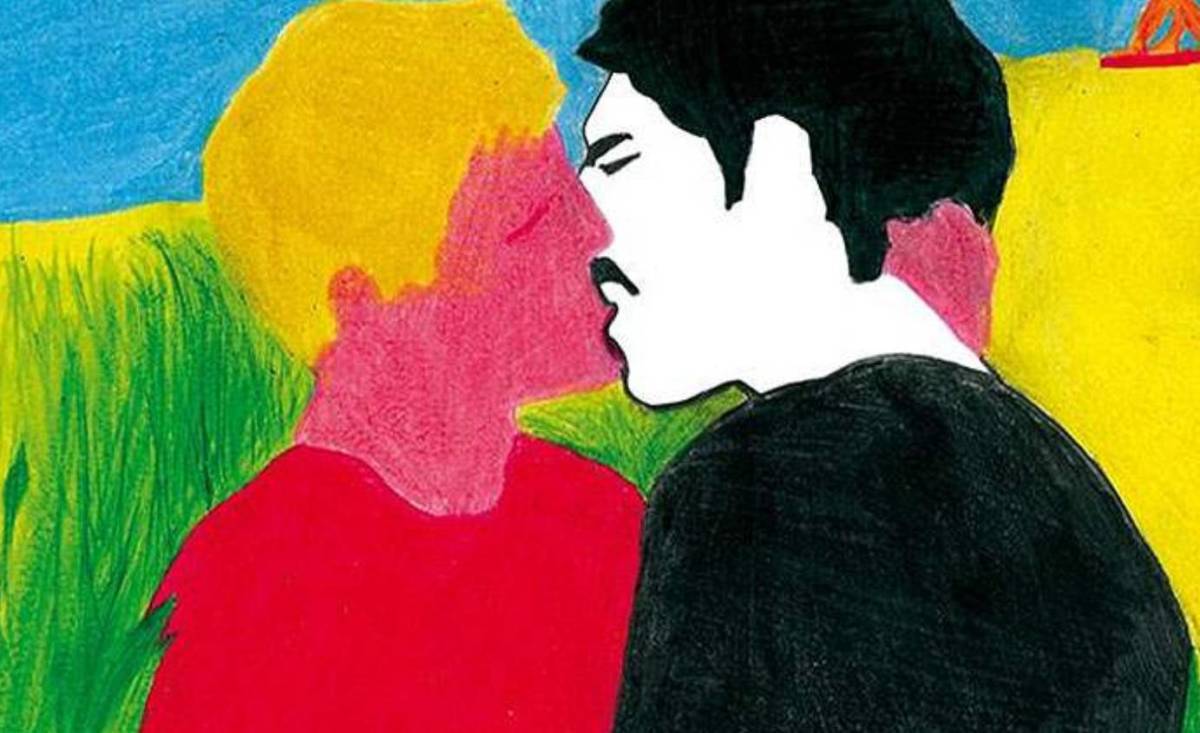 Brokeback Mountain. Call Me By Your Name. Carol. Moonlight. Those are just a handful of famous LGBTQ+ films that will easily stand the test of time. However, there’s an even longer list of films that haven’t enjoyed the same iconoclastic praise as the four aforementioned films. That’s why, in honor of Pride Month, I’ve decided to shine a spotlight on ten LGBTQ+ films that don’t get proper recognition. Here is my list of ten of the most underrated queer films.

Professor Marston & The Wonder Woman easily takes the title of “Most Unsung Movie of 2017.” It had respectable reviews yet still had dismal box office results and as a result, flew under many people’s radars. But regardless, it still deserves a watch for its trio of main actors. Luke Evans, Bella Heathcote, and the always reliable Rebecca Hall are splendid as a polyamorous trio who created the iconic character of Wonder Woman. The film Wonder Woman was a smashing success last year, so why not watch a film about the creators of the beloved character?

You can tell how much you love someone by how much pain you feel over them hurting. But how long are you willing to let the pain last?

That’s a question that director Ira Sachs asks with his 2012 drama Keep The Lights On. The film is a story about a filmmaker named Erik (Thure Lindhardt) and a lawyer named Paul (Zachary Booth) who form a relationship that is blissful before it becomes destructive due to Paul’s battles with drug addiction. It’s devastating watching their relationship fall apart but it is still the film’s intention to hammer home some harsh truths. No matter how hard one may try to keep the person they love, there’s a chance their love is not meant to be. Keep The Lights On may be simplistic due to its depiction of a turbulent relationship, but there’s still such power in its gut wrenching truthfulness.

Now onto something lighter. The Way He Looks is a winning coming-of-age story about a blind school student named Leo (Ghilherme Lobo) who falls for a new student named Gabriel (Fabio Audi). The chemistry between the two actors is off the charts and is what the holds the film together. It may not have won a spot in the Foreign Language Film category at the 87th Academy Awards despite being Brazil’s official selection. But if there’s anything it won or wins, it’s the hearts of anyone who watches it.

Stranger By The Lake is a sensual yet dangerous thriller set against the backdrop of an Eden-like paradise with Hitchcockian flair. The cinematography makes it appear that the beach is heavenly. However, there’s still a devilish serpent lurking somewhere hoping to cause trouble. Not to mention, the lack of a musical score adds a complete sense of dread. When our main character, Franck, (Pierre Deladonchamps) searches for that dreaded “serpent,” he embarks on a journey of morbid curiosity. Franck’s journey leads him to the charming Michel (Christophe Paou) who he falls for despite Michel potentially having malicious intentions.

An exploration into one’s sexuality, religious hypocrisy, and an internal family crisis, all over the course of one birthday party. Writer/director Stephen Cone handles this coming-of-age story with both frankness and sensitivity. Even if the film may disagree with the spiritual beliefs of the titular character’s family and friends, it still gives us insight into their personal struggles and insecurities. A masterful ensemble piece that is worth streaming.

An added bonus: It stars Joe Keery, aka Steve from Stranger Things. Another reason to check it out.

Before director Dee Rees achieved a major breakthrough with Mudbound, she made her feature film debut with the semi-autobiographical indie Pariah. Pariah may be a portrait of an African-American teenage girl living in New York that once made waves out of Sundance, but make no mistake, this is not another Precious. Pariah is more about exploring one’s own sexual identity and how our loved ones can have an influence on our identity struggle. Whether it’s because of disillusionment or religious conservatism, a lack of parental support can make a person feel voiceless in their search for their inner true self.

Made on a small budget of $100,000 and entirely on an iPhone, Tangerine is an amazing demonstration of how magical movie making can be and how you can make a wondrous gem with a microscopic budget. All you need is a terrific story and some amazing acting which this film definitely has. The acting duo of trans actresses Kitana “Kiki” Rodriguez and Mya Taylor is one of the best on-screen pairings in recent memory. Their chemistry is quite dynamic and their casting is a rather glorious slap in the face to the ongoing, antiquated practice of casting cisgender actors in trans roles.

The best way to describe Happy Together is that it is frenetic. The filmmaking aesthetics are frenetic in the best kind of ways thanks to its caffeinated editing and kaleidoscopic cinematography. It’s also a powerful portrait of a chaotic relationship that contains an ongoing cycle of abuse and self-destruction. The dynamic relationship is also brilliantly brought to life by actors Leslie Cheung and Tony Leung. However, credit should also go to the film’s mastermind, director Wong Kar-Wai. His crazed vision brilliantly captures the chaos that being in a relationship can bring.

Desert Hearts is a love story for the ages that still somehow remains unsung. It’s the first lesbian-themed romance helmed by a woman, Donna Deitch, and is regarded as the first film to have a positive portrait of a lesbian romance. Yet, somehow, it is still underrated. But it still deserves a watch anyhow for its brilliant lead performances by Helen Shaver and Patricia Charbonneau as the main couple in love. Also, the cinematography by Robert Elswit is incredibly picturesque and poetic. The film was incredibly controversial at the time it was released but now, it should be watched and celebrated for blazing a trail for other queer romances that would follow.

Normally, I’m not crazy about films that involve simple conversation the entire time but I absolutely loved Weekend. I could watch the duo of Russell and Glen (Tom Cullen and Chris New, respectively) chat for more than just the film’s 90 minute running time. After having a drunken one night stand, the two go on an odyssey of humor, heartbreak, and sex over the course of one weekend before Glen has to depart. By the time it was over, I wish that their romance could have lasted longer than a weekend. Who knows how long it would’ve lasted but I’d still be anxious to find out.

What do you guys think? What films do you think are some of the most underrated films in LGBTQ+ cinema? Please share your thoughts in the comments section.