The Misandrists (2018) REVIEW – Good Intentions With A Few Misfires 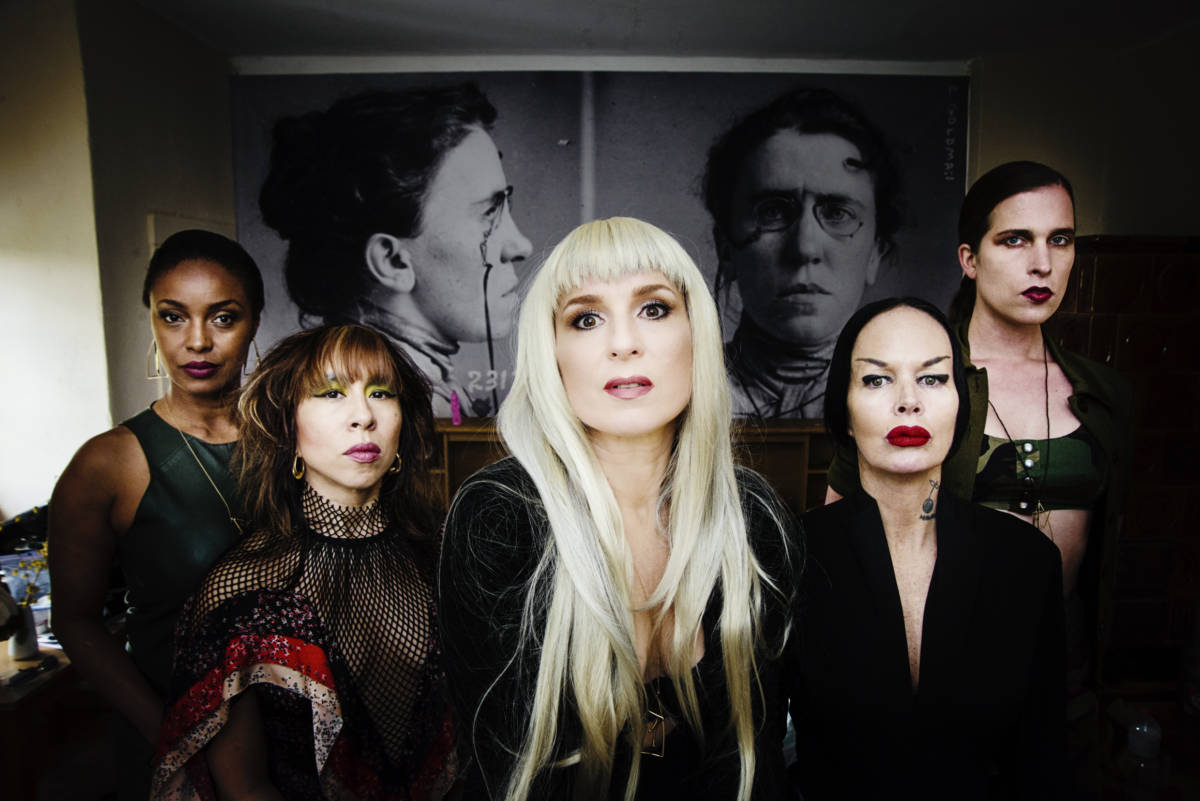 I have to admit that when the credits rolled at the end of The Misandrists, I found myself wondering how the hell I was going to review this. I’d had a vague idea of what I was getting into when settling down to watch it, but even so I was massively unprepared for how far the satire of extreme feminist ideals would go.

When Isolde (played by Kita Updike, whose performance is the best in the film) finds a wounded leftist soldier, she hides him away in the basement of the convent in a flagrant violation of leader Big Mother’s no-men-in-the-building rule. It’s a bit like The Beguiled if the girls were more interested in sleeping with each other than with Colin Farrell. This deception causes problems when the soldier is discovered just as the FLA are ramping up to begin their operation, which involves releasing lesbian porn films of the girls as a recruitment drive to get the women of the world to join their cause.

The dialogue, like the film itself, is a bit of a rollercoaster ride, veering from such campy gems as ‘Have you seen anything queer in the area today?’ to long proselytising speeches about the nature of womanhood and their inherent superiority over men. From the language used (especially the amusing feminised words like Womanifesto and Womanual) it’s clear that this isn’t to be taken too seriously – the film isn’t a genuine call for women of the world to literally take up arms against the men who oppress them.

The film feels like it was made with good intentions, though there were one or two misfires when it came to the politics. It would have been interesting to see what the film might have looked like had it been written and directed by a woman instead, someone with more awareness of the nuances of sexism and misogyny and the resultant struggle for gender equality. Knowing that the film was made by a man makes the satire feel at times a bit uncomfortably close to punching downwards.

One of the biggest issues with the movie is the handling of trans issues, which might have been less problematic if it hadn’t been so important to the story. For every moment it’s handled with sensitivity there’s at least one more where it’s dealt with in a hamfisted and cringeworthy manner. The film includes such delightful moments as the outing of a trans character in a moment of revenge, a forced gender reassignment (complete with actual stock footage of the operation) and hackneyed gender essentialism that equates gender with genitals (though there is a rushed attempt to overturn that, and sister Dagma’s speech on it was very moving). In the end, the trans character is accepted and fully welcomed into the fold, but the moments that precede this confuse the matter and make it appear less trans positive than it could be.

The absurdism made an interesting counterpoint to the seriousness of the subject matter. There’s one especially bizarre moment in which someone dressed as a nun, habit and all, has a sudden dance party that ends as abruptly as it began. It’s this silliness that gives the viewer space to breathe in between the speech-making and gender politics that are the main thrust of the film.