Returnal: How To Remove Parasites

Give this thing an Oscar. 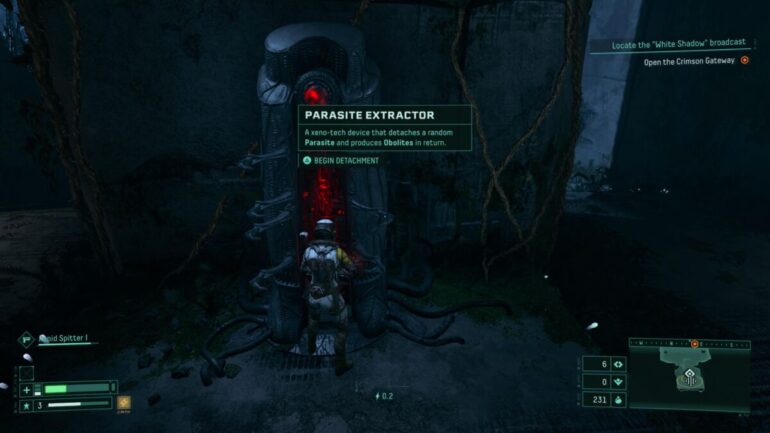 Parasites are one of the most interesting mechanics in Returnal, as they will give you one positive effect and one negative — you have to take the rough with the smooth. But how do you remove parasites in Returnal?

To remove a parasite in Returnal, you will need to find a Parasite Extractor, which spawn roughly once per biome and have the following description:

“A xeno-tech device that detaches a random Parasite and produces Obolites in return.”

You will usually be able to find the Parasite Extractor behind one of the many triangle rooms on your map; spawn is random.

Which parasite the device removes will be entirely random, giving you some currency in the form of Obolites back. The more parasites you have, the less likely you are to remove the parasite you’d wanted to. Bear in mind that there’s no way to reattach any parasites that you’ve extracted.

As for why you’d want to remove a parasite in Returnal, you might want to alter your build and a parasite’s negative effect might be hindering that. There are parasites that will make you much slower, for instance, which are a good thing to remove just before a bullet hell boss fight.

Returnal is available now on PS5.

READ NEXT: Returnal: How To Increase Max Health