Needs some more time in R&D. 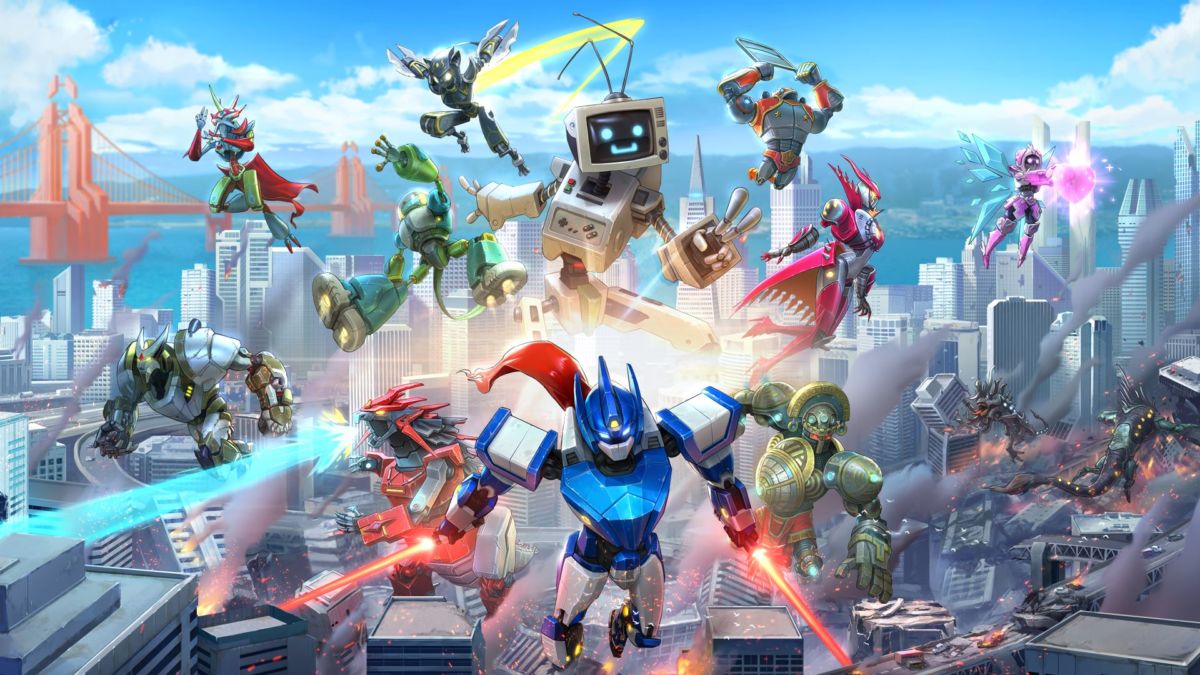 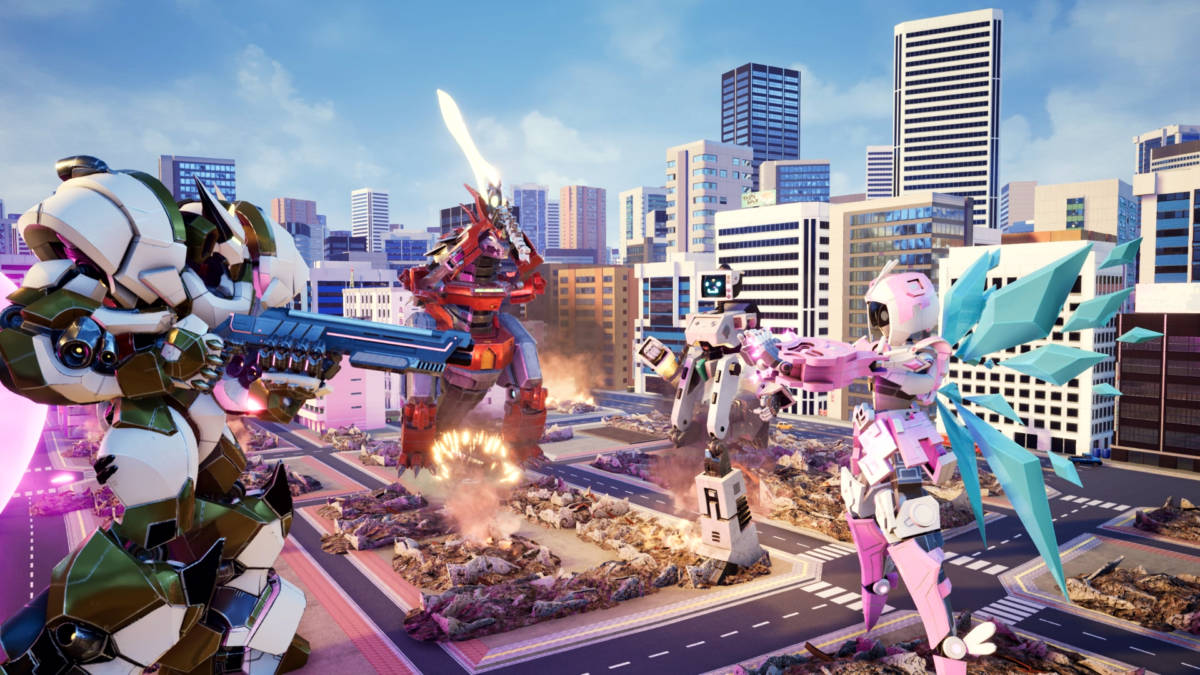 You pilot one of 12 oversized mechs and do battle with up to 3 other players in an attempt to establish who the best mechanised mutilator truly is. Each mech controls in the same way, with L1 & R1 controlling punches and L2 & R2 handling kicks, but the mechs have unique special abilities that set them apart, mostly.

The majority of the roster has access to both projectile special attacks and an ability to stun you in place for a few seconds, allowing for follow up damage, which means that a common strategy for a lot of the characters is to simply stun your opponent before launching the high damage projectiles. 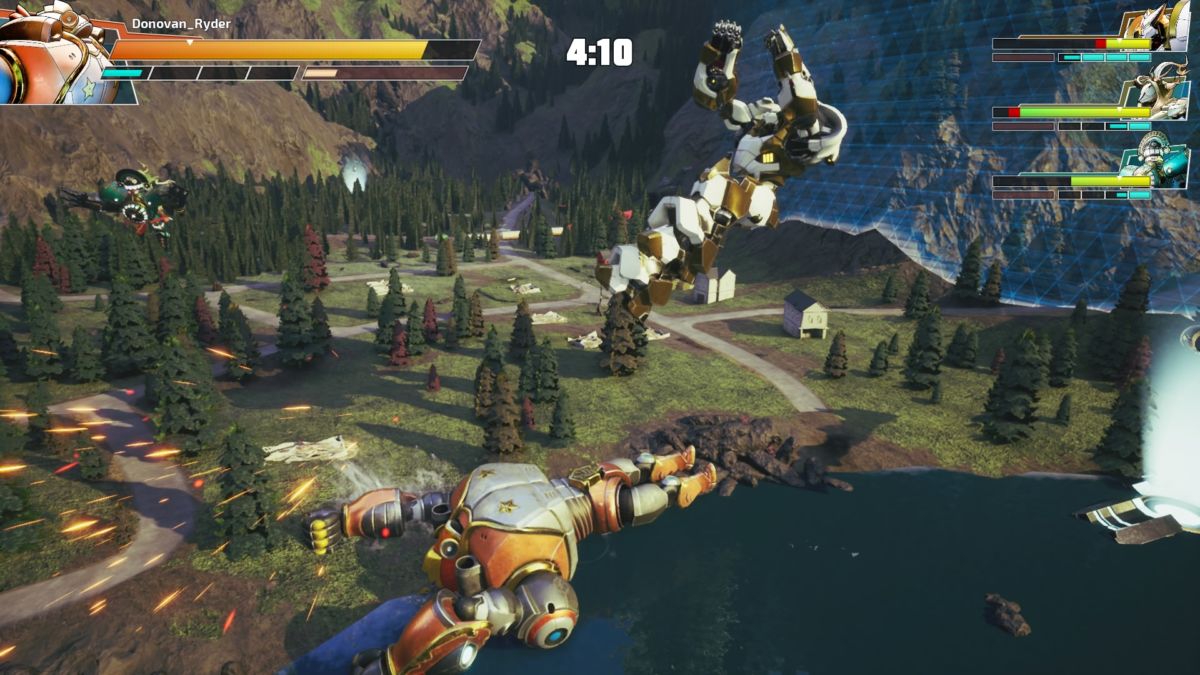 It’s annoying because it ruins a lot of the fun that comes with discovering the different match-ups and how to counter them. Suddenly, most fights revolve around not getting hit by one special ability that deletes a third of your lifebar. There are a few exceptions though, with Pescado’s grab attacks making for some much needed variation.

The ultimate attacks are real gamechangers, unlocking once you’ve reached a low amount of health but dealing massive damage. In the right hands, they can be used to mount comebacks; comebacks that are impressive when you pull them off and absolutely rage inducing when the opponent pulls them off.

Unfortunately, Override doesn’t do a great job at conveying to you how you’re supposed to control the mechs effectively. There’s a tutorial mode that runs you through the basics, but neglects to mention the importance of combos, whiff-punishing and how to properly apply and deal with pressure, leaving you to figure that out for yourself. The developers have published videos about those concepts, so it’s strange that the resources haven’t been added to the game itself.

Best practice after a hard knockdown would make for a fantastic tutorial, as right now it doesn’t seem clear about how to properly defend in certain situations. Dashing away doesn’t work if your opponent dashes along with you, and blocking is a bad idea as charged attacks just barrel through your guard. You could try hitting special attacks on wake up, but that’ll only get you so far in Ranked matches.

As for the mechs themselves, they look fantastic, as they’re filled with colour, personality and charm. Particular highlights include the retro-inspired Vintage, the Godzilla impersonator Mechageckon and Pescado, who looks like a giant wrestling frog robot. Contessa’s abilities also look like they’ve been lifted from The developers over at The Balance Inc did a great job letting their imagination run wild with the design.

The modes themselves are spread a little bit thin right now. There’s a campaign mode where you take one of the characters and combat an alien invasion. You’re given a selection of fights which offer different rewards, and can upgrade your mech with the cash you earn. It sounds interesting in theory, but in reality, you’re just beating up increasingly harder enemies in the same set of maps, with the occasional boss fight sprinkled in for good measure. 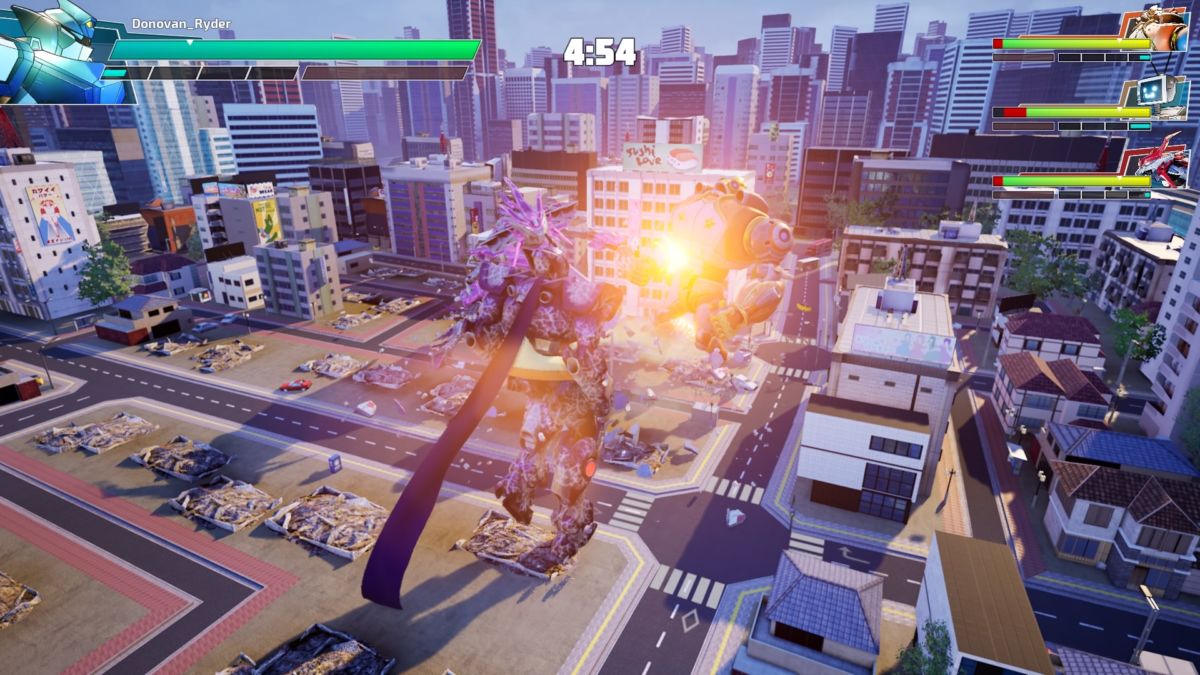 The first playthrough is fine, and the mode itself can serve as a decent primer for how to use your chosen character, but the more you play, the more the game’s basic template reveals itself. There’s no special fights depending on which character you choose, aside from Setesh who appears in everyone else’s campaign as her campaign sees you fighting Watchbot, and most of the dialogue is rehashed across the board, despite being text-based. It makes the conversations feel stilted when you see the same responses being recited regardless of what your character says.

As for the online modes, you have both ranked and casual 1v1s, and a brawl mode that allows you to set up custom rules with your own rulesets for up to four players. It’s here that chaos reigns, and the game truly comes alive. 1v1 matches can feel a bit formulaic as each combatant tries to bait out mistakes and punish accordingly, while 4 player matches feel much more unpredictable, and more fun as a result.

Override: Mech City Brawl pretty much depends on the spectacle of giant mechs clobbering each other, so it stands to reason that the spectacle is at its best when there’s 4 of them on screen. The mode adds a new layer of strategy to the fighting, as you try to keep your head on a swivel. Do you dive in headfirst to isolate one enemy, or hang back and let the others wipe themselves out? It’s decision making like this that makes the mode much more engaging.

That said, there are still some issues, particularly with the camera. When pushed into the corner or in the more densely packed city arenas, the camera will often be obscured by different objects or struggle to keep up with the action, leading to you taking hits you really shouldn’t have. Also, the lock-on will sometimes attach to the ground instead of nearby enemies, though this appears to be a campaign specific bug.

These issues, along with the lack of proper education on how to properly play the game, can be fixed in time through patches and updates, but I fear it might already be too late. Even after only a few days, finding a full Brawl game proved to be difficult, which isn’t a good sign.

It’s a pity, really. Should The Balance Inc put the work in to make the game’s higher level play more accessible and fix the issues with the dodgy camera, Override: Mech City Brawl has all the makings of an entertaining robotic rumble. As it stands right now, it misses the mark.

Verdict
There's the nucleus of a great mech punch 'em up here, but Override: Mech City Brawl needs some more time in R&D before it can get there.
6