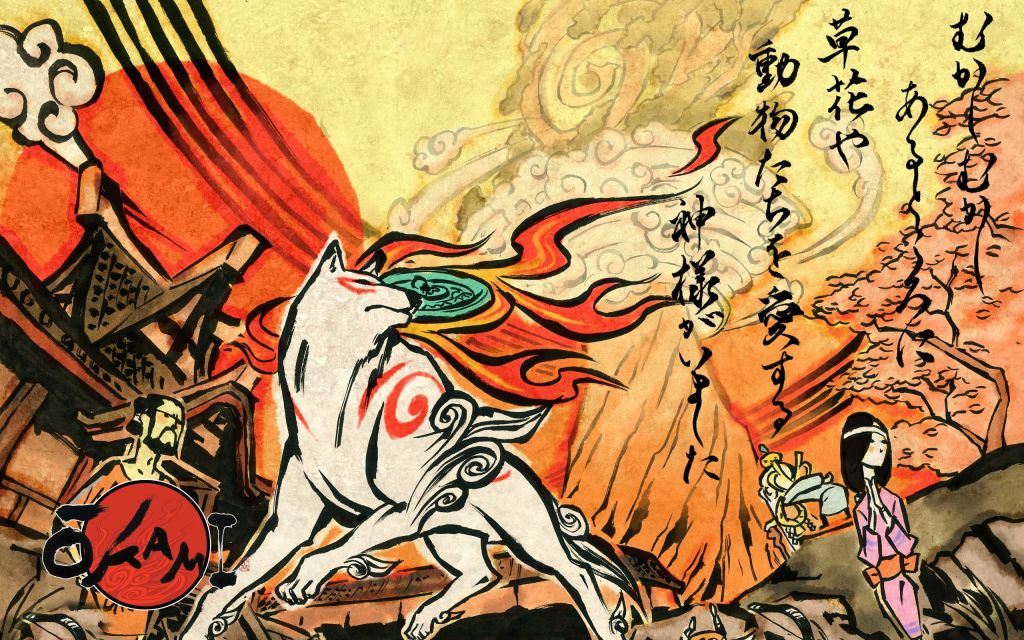 There are already quite a few words on the Internet telling you all about how awesome Okami is. You can read them if you want, I’m happy to wait. If you don’t feel like doing the extra reading and want to stick with this article instead then that’s fine, but your correspondent is aiming to do something a little different, namely to illustrate that Okami is an under-appreciated masterpiece, not just for the game that it is, but because it was one of the last gasps of genuine, unbridled creativity to be seen on a major console in the last ten years.

I’ve been playing the HD port on my PS3 for a couple of weeks now, having already bought the PS2 and Wii versions when they were released. I’ve fallen in love with it all over again, a testament to the game’s lasting appeal and design, but while playing it, it made me realise how much I’ve missed an experience like this in recent years on my TV set. Not on a handheld or a smartphone, where production costs mean it’s a little easier to go left of centre, but on a goddamn big-ass television slap bang in the middle of one’s living room.

Okami was unique in that it was a big-budget title, released by a major publisher in the last days of a hugely successful console, with an aesthetic unlike anything anyone had seen at the time. The emphasis was on giving people something fresh and new. It was directed by Hideki Kamiya, the genius behind Bayonetta and Viewtiful Joe and had the same tight controls and abundant content that the celebrated designer is known for. What differentiates it from his other works is how it uses nature as weapon. The aim in Okami is not to destroy, but to create. There is combat, but the game’s antagonists are otherworldly demons who have befouled the landscape. When they are purged, they leave freshly-sprung flowers in their wake. Landscapes, lakes and waterfalls are cleansed and purified. There is no bloodshed, just an environment restored to its natural harmony. We definitely aren’t dealing with Call Of Duty.

Even the game’s protagonist is a complete original; Amaterasu, the lupine manifestation of a female deity. The white wolf accumulates experience points by restoring environments, doing good deeds and feeding hungry animals, complete with an unnecessary but wholly wonderful animation in which the benevolent deity looks on while her subjects feed themselves. It’s a soothing, charming interlude that nobody asked for but got anyway.

Everything about this game sings with creativity and joy. It is a bittersweet legacy that it flopped on release but has been pushed back into public consciousness since. If you love video gaming in any shape or form, you owe it to yourself to play this.