No Straight Roads is one of 2020's most interesting, quietly ambitious games. 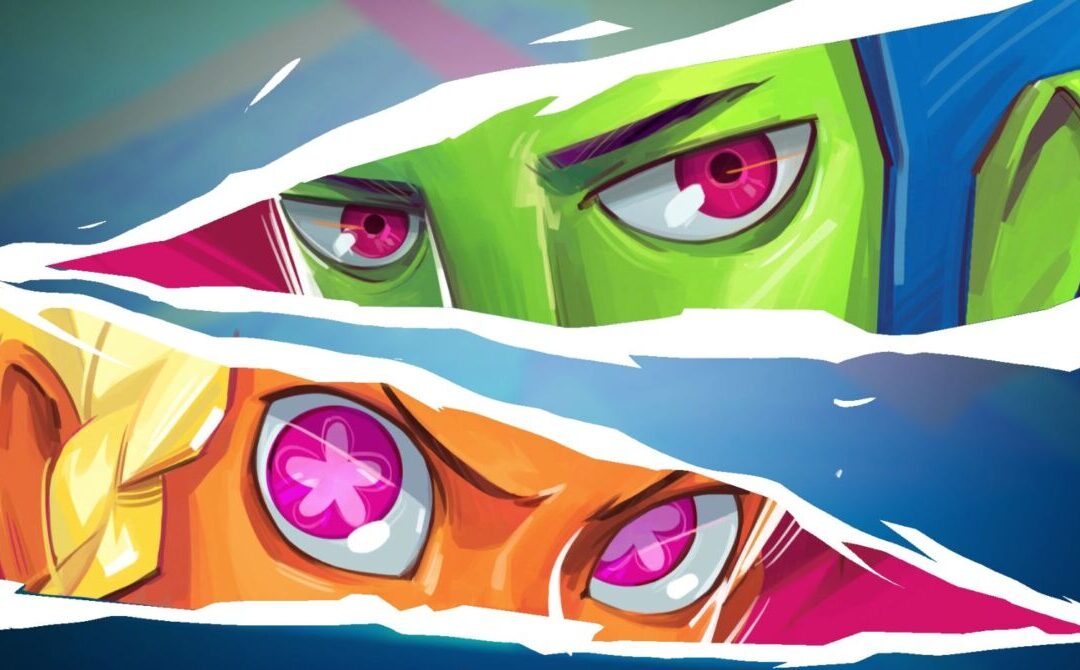 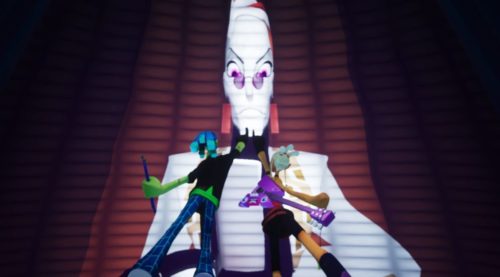 No Straight Roads from Metronomik feels like it was plucked right out of the Dreamcast era and modernised with plenty of new, unusual ideas — and it’s all the better for it.

I think it was around halfway through No Straight Roads that I realised why it felt so comfortingly familiar despite it also being unlike much I’ve ever played. It harkens back to the days of publishers taking risks on wacky or not easily marketable ideas, leading to the weird and wonderful likes of Jet Set Radio and Space Channel 5. Whether it’s the off-kilter futurism, the zany humour, or just being filled with more colours than Neil Buchanan dancing on a rainbow, I’ve enjoyed jamming with No Straight Roads like it’s 1999.

You play as Zuke or Mayday in single-player, or choose either while playing through the game in local co-op. I’ve unfortunately not been able to test the experience with a friend on the same couch because, you know, “The Event” going on right now, but it’s easy to see where players will be able to synergise with each other to deliver the maximum amount of rock carnage. What I just said right there sounds lifted directly from a 90s ad campaign — that’s just the effect No Straight Roads has on me, apparently.

Zuke and Mayday make up the rock band Bunk Bed Junction as they look to overthrow the villainous NSR, who only allow EDM music to prosper within Vinyl City. After being rejected in an audition, they resolve to beat down all of NSR’s biggest artists before finally working up to the head honcho herself.

What this means is that the main meat of No Straight Roads consists of boss battles, though not to the extent that you could call it “just” a boss rush. In-between fights, you can visit your underground lair and spend fan power to upgrade your skills, place collectables on a shelf, take interview questions from fans, and even feed some meat to your pet alligator.

The overworld of Vinyl City is where No Straight Roads most closely resembles the likes of Jet Set Radio, you blitzing around with double jumps and dashes to get to secret areas, all while the comforting disco beats that belong in some kind of funk-possessed elevator play in the background. You can even chat to the residents, unlock new areas by expending energy, and collect stickers, which can be used for small stats buffs. I’d be lying if I said these buffs felt noticeable, but it’s still nice to be rewarded for simply exploring the vivid streets of Vinyl City.

Once you’ve had your fill of wandering, it’s time to tackle the bosses standing in your way. They’re quite the eclectic cast, too, ranging from a pretentious Deadmau5 all the way up to a child prodigy on the piano. Taking them on usually involves dodging their patterns and hitting them when they’re vulnerable over various stages, the battles themselves transforming the more damage you do. Some may need to be picked apart from afar, meaning that you have to pick up music notes and use them as projectiles, while others, such as a giant fish girl, require you to hack away at their firewalls before you can actually attack them.

These battles are certainly never boring, each of them adding some new twist and just a tonne of personality into the mix. No Straight Roads is a very experimental, artistic game with stages contorting and enemies warping often, making them feel truly alive. No Straight Roads is really endearing in the cinematic scope it attempts and mostly succeeds to pull off — it bristles with more life and energy than most games I’ve played this year.

It also helps that Bed Bunk Junction themselves are equally charming, Mayday being a firecracker who always takes the lead and Zuke being the much more reserved character. While their goal is pretty singular, there’s plenty of room for them to grow as people along the way towards liberating Vinyl City. Sure, there’s perhaps a bit too much cheese at points, but there’s no denying the sincere heart of No Straight Roads, especially if you’re wondering what’s happened to rock music in the mainstream over the last fifteen years. The music needed to arguably be as big a character as the protagonists themselves with the game having such a focus on music, and I’m not afraid to say that I’ve had a couple of its K-pop inspired tracks on my playlists for a while now.

Combat is simple and luckily isn’t that closely tied to following the beat for the rhythmically challenged of us, which includes me. The beat usually dictates enemy attacks, which are almost always projected quite clearly ahead of time. No Straight Roads isn’t all that tricky in general, in truth: I played through it on medium difficulty and encountered no issues apart from the final boss. Fortunately for me, I could just simply revive immediately and only lose a good grade as a result — a trade-off I was willing to make as there was a long sequence before it that I couldn’t skip.

There’s one slight issue with the combat in No Straight Roads: it doesn’t always feel 100% right, especially when it comes hit detection. I’ve been hit from weird angles before, and often find myself having to fiddle my exact position to get exactly where the game wants me to be when attacking. In addition, I played the game for a preview and felt slightly lost when returning to it as there’s nothing to really refer to for controls, unless I missed something. No Straight Roads tries a lot of different things, so it could probably do with being a bit more gentle with its reintroductions and explanations. 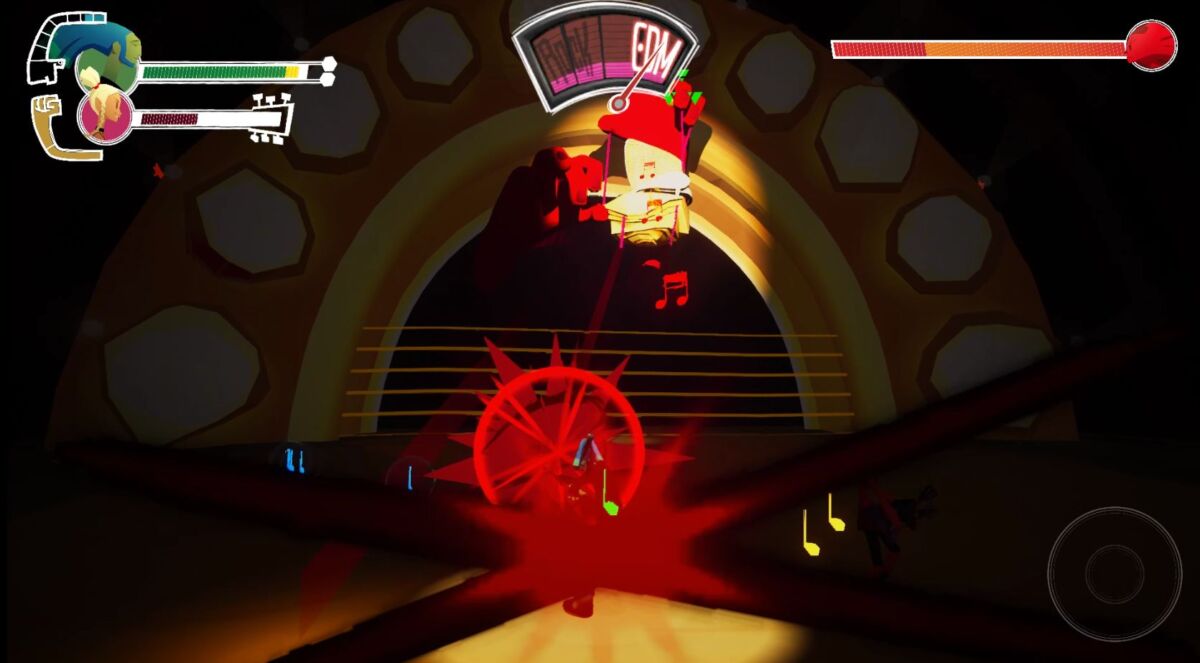 While it’s not that difficult a time on the vanilla settings, No Straight Roads does give you the option of replaying on hard and other modified settings once you’ve rolled the credits. Those modified settings include the ability to play a Parry run which requires more precise timing as well as a few others that I didn’t manage to unlock, so there’s plenty for completionists here. On top of that, there are loads of secret areas that can be unlocked by moving through your skill tree, so while the eight levels may breeze by for some, others will no doubt love the added depth.

Even if it isn’t perfect, No Straight Roads has enough charm to make it likely to strike a chord with those who want something just a little bit different. For those who are ready to rock, have fun.

An EGS code was provided by PR for the purposes of this review. 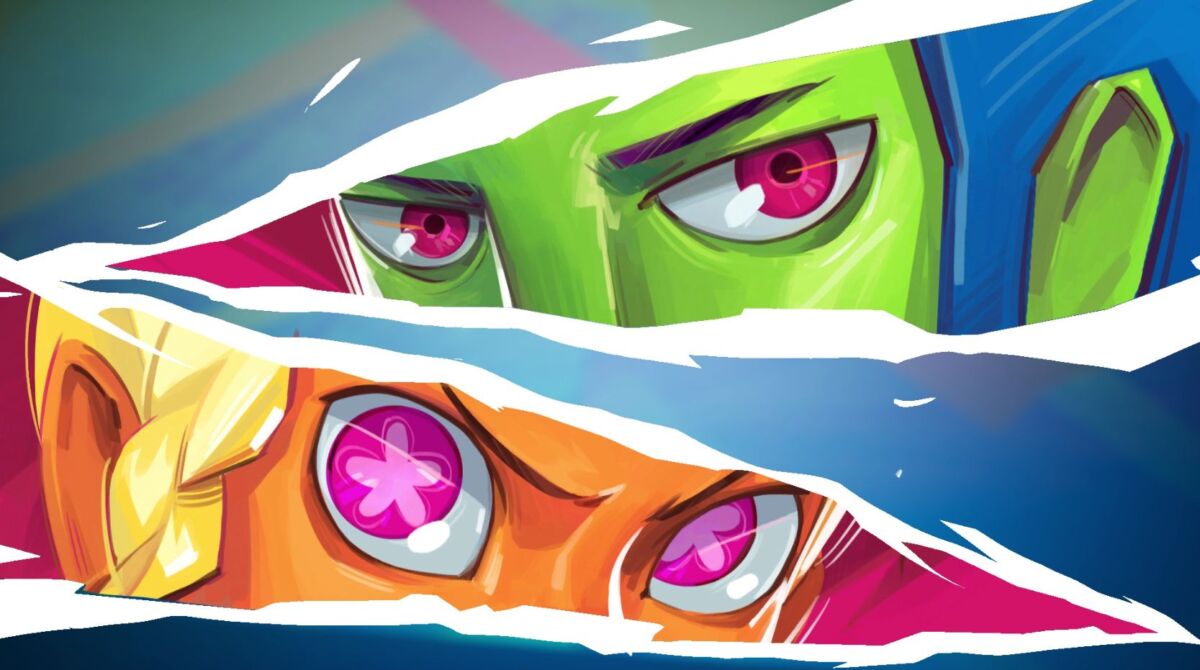 Verdict
No Straight Roads is one of 2020's most interesting, quietly ambitious games and a pretty straightforward recommendation for anyone who dreams of the Dreamcast days.
8