Though its story lets it down. 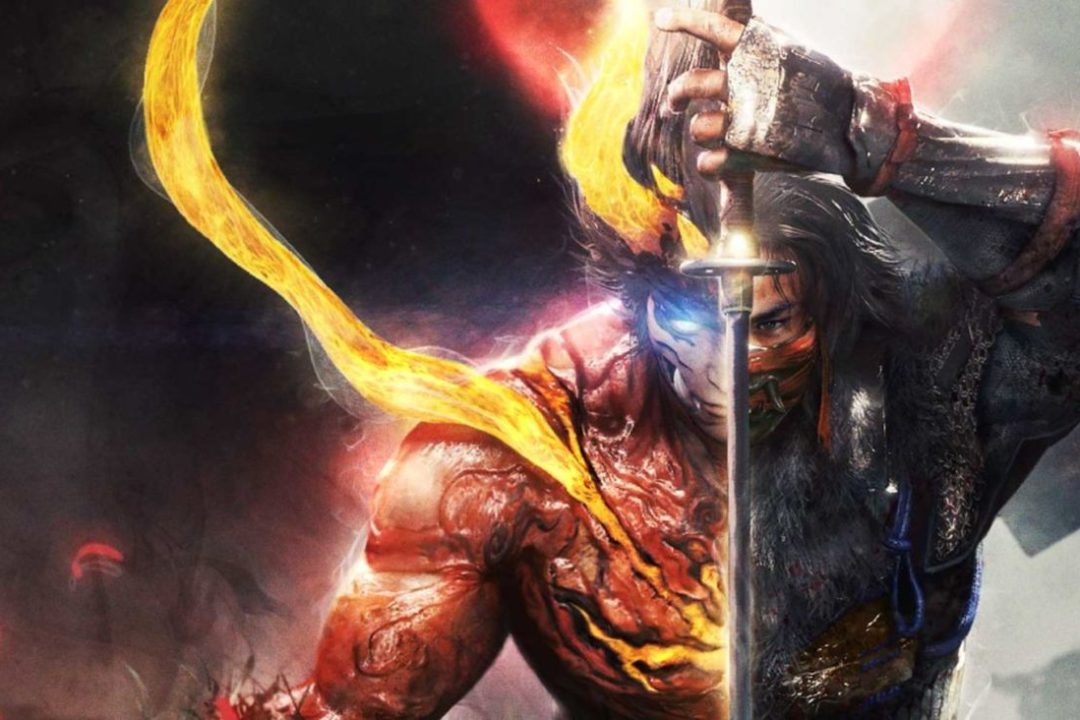 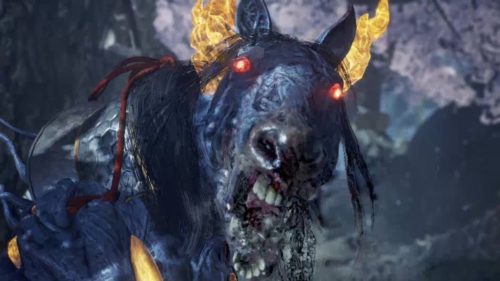 Nioh was one of the most interesting titles to spring up in the wake of the success of FromSoftware’s Soulsborne games. It managed to take the overall gameplay from that series and include expanded combat capabilities in addition to a loot system. Nioh would even sometimes resemble fighting games in terms of how the combat worked with its combos and counters.

Almost everything Nioh had to offer in 2017 is carried over and expanded upon in the sequel. Most of the improvements are great and welcomed. However, Team Ninja might have gone a step or two too far in some places while not improving enough in others. 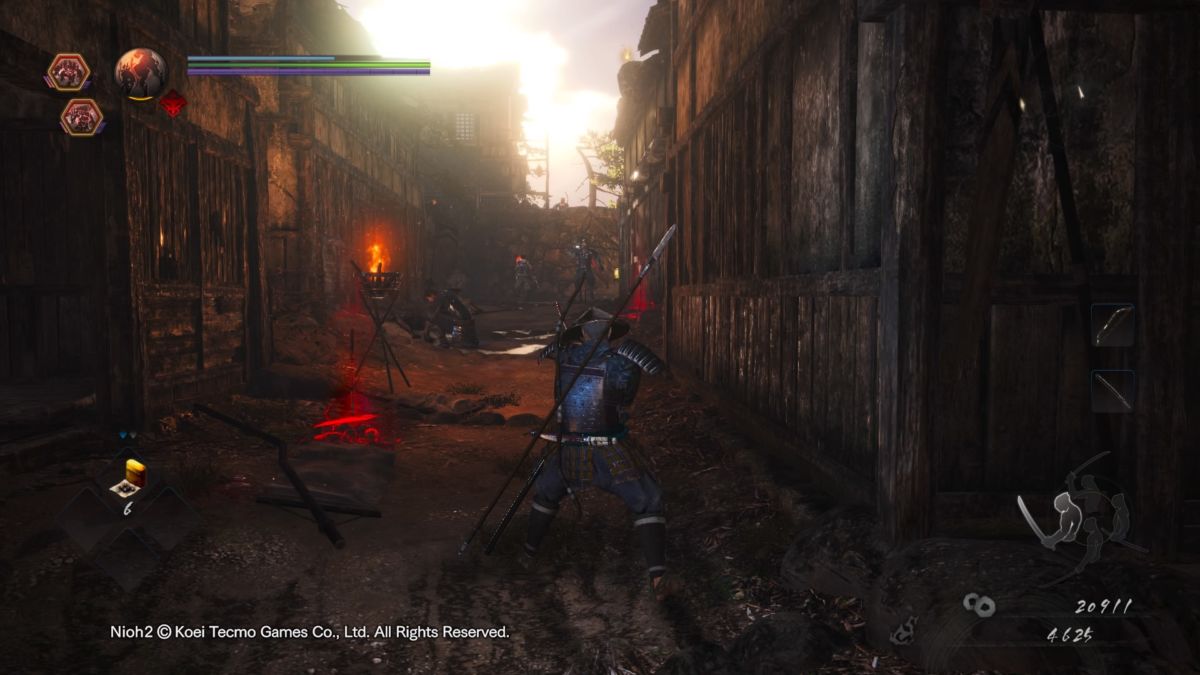 Perhaps an example of where Team Ninja didn’t improve enough is in the game’s story. I remember the first one’s story to be very incoherent and hard to follow. You played as William, who somehow got attacked by a demon priest, possessed by a Japanese guardian spirit and then inexplicably ended up in Japan, slaying yokai left and right.

This time around, you are not a named character and only referred to as ‘The Protagonist’, or sometimes Hide by the game’s comic relief character, Tokichiro. Nioh 2 takes place in 1500s Japan and has some loose ties to the legendary leader, Toyotomi Hideyoshi. Aside from that, I couldn’t really tell you much more than something about searching for spirit stones.

It’s not that there aren’t interesting things in the story, especially for someone who likes Japanese history. During your travels, you touch base with most of the important characters of the era, like Oda Nobunaga and Akechi Mitsuhide. Even semi-historical characters like Hattori Hanzo make appearances throughout the game. The problem is how the story is presented. The narrative thread that runs through the cinematics is very thin indeed and the cutscenes almost feel like they came from another game entirely sometimes.

An early example of this in the campaign is after you beat your first boss and Tokichiro takes you to see his employer and discuss where to go next. The cutscene that follows is just a mundane scene where the bossman offers some meat to you while residing in a temple (meat and death being a big no-no in such places). Then it ends and you find yourself outside a smithing village, for reasons? Sure, establishing characters is an important part of storytelling, but you can’t leave out the moment to moment plot entirely. Even in a game like Dark Souls, you at least get to wander from place to place and that in itself becomes part of your narrative as the player. Here, it’s just a harsh cut and you are in a new place that wasn’t really mentioned before.

Luckily, if FromSoftware has shown anything with their series, it’s that these games can survive with just a paper-thin sliver of exposition and then coast on lore for the rest of the game. That is, of course, if the gameplay portion holds up. Fortunately, this is where Nioh 2 really shines. Cutting up yokai and samurai is just a blast and the expansions to the systems carried over from the original Nioh are mostly excellent.

The fluidity and pace of Nioh 2’s combat is nothing short of awesome. The emphasis is on combos and managing your stamina, or Ki as it’s called in Nioh. To help you with this, you can do what is called a Ki-pulse by not attacking for a second and pressing R1. If you time your Ki-pulse perfectly with your combos. you regain part of your stamina. This, together with a very steep penalty for depleting your Ki, makes the combat inherently resistant to button mashing. Instead, Nioh 2 has a flow of pauses, feints and pouncing on opportunities instead of trying to brute force your way through encounters. It just makes dueling opponents really fun and forces you to think about how to approach situations before you act.

The combat is not without its faults, however, and while the vast majority of combat encounters are great, the more demanding fights and the upgrade system might just be a tad too unwieldy for my taste. This is in large part thanks to the new yokai attacks and the burst counters.

In the first Nioh, you could transform yourself into a yokai demon for short periods of time, as a way to wreak havoc amongst your enemies. This time, you also have the ability to release a single yokai attack, without transforming. The most common of these is the burst attack or the burst counter, which are essential to beating bosses and tougher enemies as it is the only reliable way of countering incoming burst attacks from yokai or other enemies.

The problem with these attacks is that they are mapped to R2 plus a face button, so you will essentially have to change your grip on the controller in the middle of a fight to do them properly. It can just be a tad too much to keep track of in addition to kii-pulses, dodging, blocking and counter-attacking normally. Even after spending what must be around 100 hours with the game, it never quite felt natural.

On top of that, you collect new and more powerful yokai attacks by defeating monsters in missions. Each yokai has a chance of dropping a soul core which in turn has a set of randomized stats tied to it. As if that weren’t enough, there’s a whole system dedicated to fusing and breaking down Soul Cores to give them better stats or higher levels. Basically, they act as another set of gear with rarity, and just as you can smelt down swords and axes to make new and better ones, you can do the same with the Yokai Cores.

This is in addition to all the other upgrade systems that Nioh 2 throws your way. You have your character level and stats, weapon and armor stats, weapon affinity, skill points, titles, spirit guardians (your main yokai form) and yokai cores (yokai and burst attacks). It’s a whole laundry list of things that you will have to keep in mind to play the game optimally. While leveling and seeing the numbers go up can be a joy in and of itself, I’m not sure they all contribute to making Nioh 2 more fun to play. I especially feel this when it comes to the wide array of weapons you can make use of in the game.

The problem isn’t having many weapons to choose from, it’s that the progression generally locks you into one or two types. Since you earn skill points when using a specific type of weapon, it behooves you to keep using the ones you start out with. This is very unfortunate as some of the unique weapons in Nioh 2 can be quite fun to play around with. Of course, you can always grind up to the appropriate level or use some rare items to gain more skill points, but Nioh 2 is already a very long game as it is.

Visually, the game looks pretty much like the first one did, though there are a lot more daylight and bright environments this time around. The first Nioh was a very dark game for the most part so the change is quite welcomed. There is also a bigger emphasis on larger and more intricate enemies; some of the demons are simply huge but the game has no problem keeping a stable framerate, even on a stock PS4. It sometimes sounded like the console wanted to launch into space, though.

The level design in Nioh 2 is also worth highlighting. Every mission area you travel to has multiple paths to take and there are often more ways than one to tackle a situation. This is especially true when it comes to verticality, as there are often a lot of ways for you to get above your enemies and ambush them. Additionally, I like that the levels retain the Dark Souls legacy of making good use of shortcuts and secret paths to loop around areas.

Despite its flaws in how it tells a story and having a bit of an unwieldy progression system, I fully enjoyed my many, many hours with Nioh 2. I just wish the package as a whole felt a little tighter.

Compared to last year’s Sekiro, which accomplished so much with such simplicity, Nioh 2 can’t help but look a bit messy. It’s a beautiful and fun mess, mind, but a mess nonetheless. Doubly so if you never played the first game as many of the systems here build upon the foundation that game created. Even having played that game in 2017, I had a hard time grappling with some of the systems Nioh 2 threw at me — I can’t imagine how it would for a new player. However, for those that decide to leap into Nioh 2, it offers some of the best combat I have had the pleasure to play.

A PS4 code was supplied by PR for the purposes of this review. 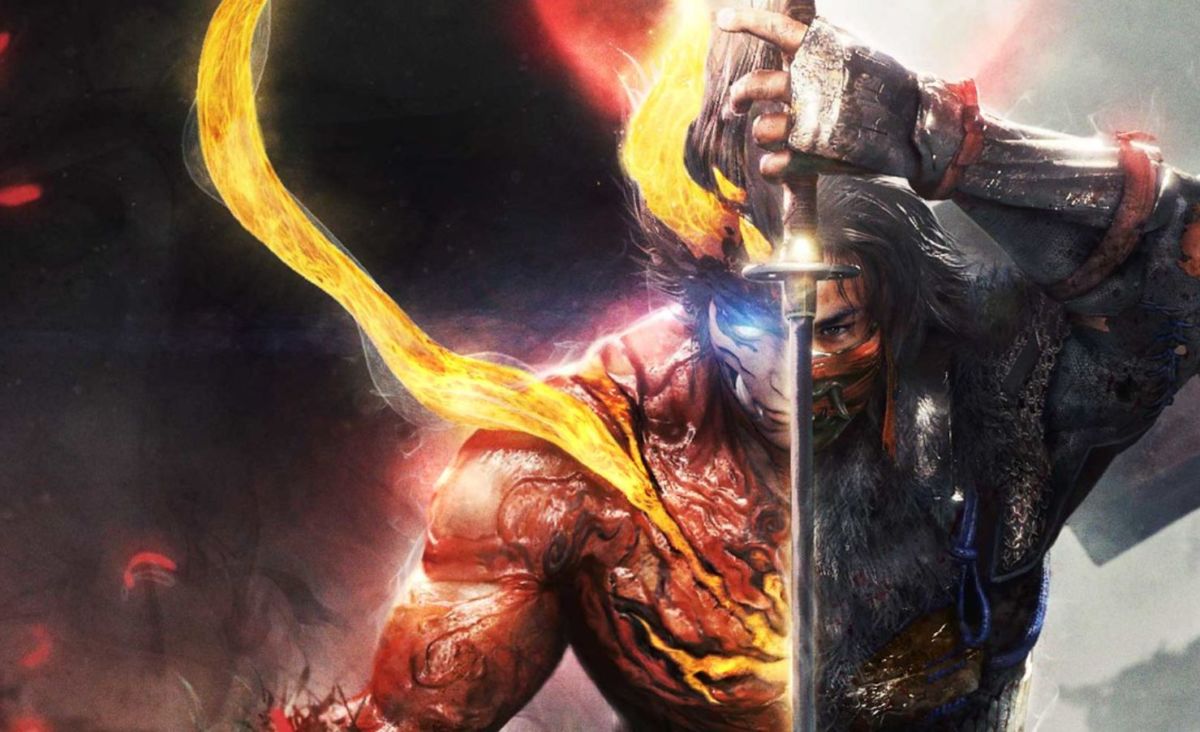 Verdict
Nioh 2 offers best in class combat but suffers from an overwhelming number of upgrade systems and a story that is utterly incoherent.
8