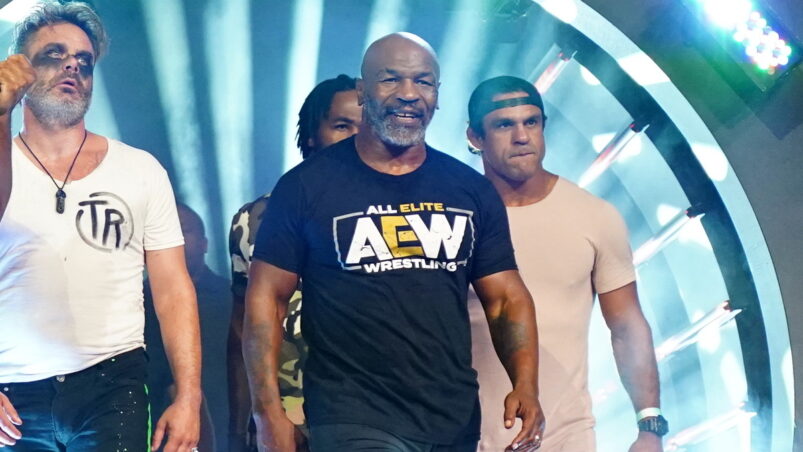 ‘Iron’ Mike Tyson was an early staple of AEW programming just as they were getting off the ground as the hottest new promotion. The former Boxing Heavyweight champ was laying the groundworks for an eventual match with Chris Jericho, though that never came to pass due to various reasons.

However, it has now been confirmed that Tony Khan has managed to reach a deal with Tyson for him to work a few more dates with the company, starting with next week’s episode of Rampage at Broadwalk Hall. It has also been confirmed that Mike Tyson will only be appearing in a commentary role, appearing as a special guest alongside the regular announce team.

It will be interesting to see if AEW will continue to plant some seeds for a future skit/match with Tyson involved in the squared circle, but for now it’s just great to see such a sporting legend involved with a company that’s taken a few blows since All Out.