The “Lost” DOOM Eternal Track We May Never Get 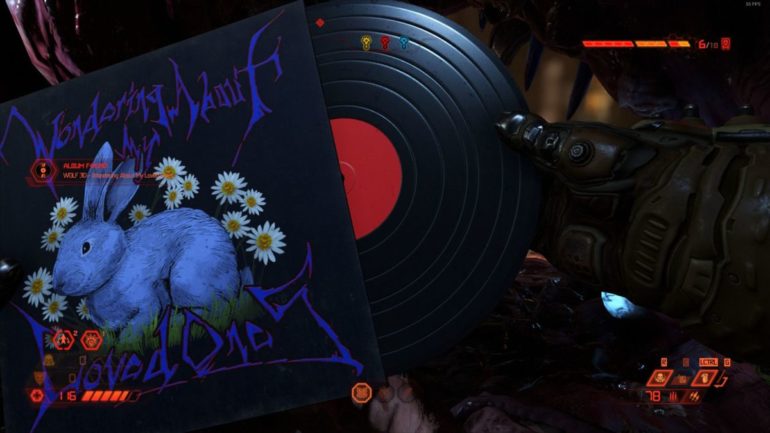 DOOM Eternal is one of the best FPS games ever made with one of the best soundtracks you’re ever likely to hear. These are facts. I can’t be bothered to argue about the game not being as good as 2016 because you have to use more than one weapon and jump a bit. Not today.

Whether it’s perfectly synchronised with the chaos of battle or crescendos as the final slug of your shotgun is dispersed, DOOM Eternal’s music is a masterpiece, not just in terms of the tracks themselves, but also how they’re interspersed and “parsed” within the action itself. You feel a little like a conductor of rhythmically violent opera, Mick Gordon’s big heffing meaty chords and industrial death noises the perfect accompaniment to whatever’s going on and whatever demon’s getting its head bopped in.

As phenomenal as the soundtrack is, there’s one track that could make it even better, but sadly it seems to have been lost. Sort of.

In the lead-up to DOOM Eternal’s release, a song dubbed ‘Heaven’s Wrath’ was making the rounds in the DOOM community, which you can check out below.

A mixture of the E3 2019 (hey remember when E3 was good) story trailer music and that one Quakecon trailer, ‘Heaven’s Wrath’ would later appear in-game and on the OST in a modified form as ‘Gladiator Boss’, the backing track for when you beat the big titular chap up on Sentinel Prime.

It’s a damn good track, the thumping of the bass and the chanting of “Kar en Tuk” (which means “rip and tear” in the language of the Night Sentinels, very cool) going a long way towards all five foot nothing of me feel ten foot tall. It’s my favourite song in the whole game, so much so that I pace around and soak it in every time I take on the boss himself, just so I can hear it more.

But it’s not ‘Heaven’s Wrath’, which feels like a slightly different, more epic beast. Yes, it’s trailer music and therefore unlikely to ever feature on the official soundtrack, but the way it builds to the meat of the track like you’re marching in a line to glory, helped by the stirring chanting early on, makes it a better mix in my eyes. Or ears. Whatever.

Sadly, it doesn’t seem like we will ever get the raw version of this song without the sound effects and goings on in the trailer, though the uploader did a great job of minimising them. Composer Mick Gordon and id seem to have had a falling out over deadlines and third-person mixes, meaning that them working together again is a long shot.

Nothing’s ever off the table, though, especially seeing as how id and Bethesda are now under the Microsoft umbrella, who published Killer Instinct, another game composed by Mick Gordon — maybe some intermediaries could have a word? Wishful thinking, sure, but seeing three different cuts of Dawn of the Dead in one collection the other day made me realise that nothing is eternal. Apart from DOOM, of course.

READ NEXT: Where Does DOOM Go Next After DOOM Eternal?