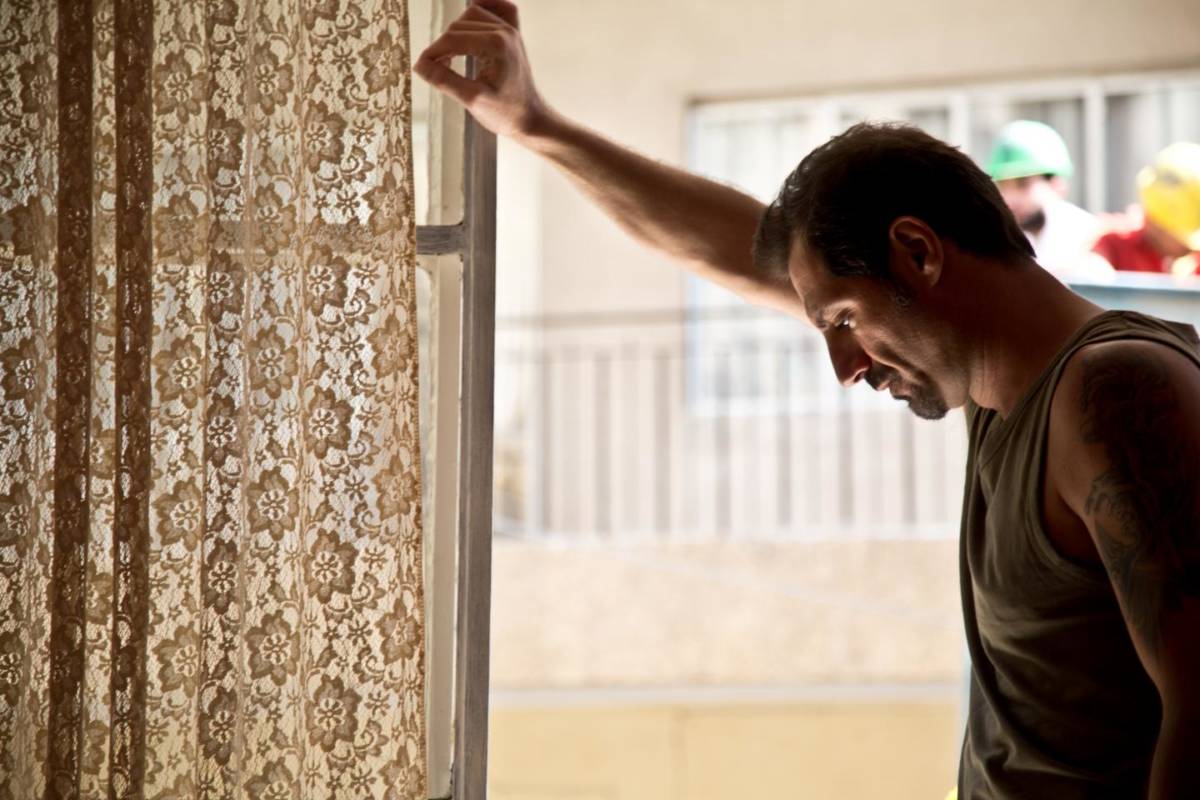 I’d like to start this review by talking about my ignorance, since I think that’s what watching this movie highlighted most for me.

Ziad Doueiri’s The Insult is the first Lebanese movie to be nominated for an Academy Award, a fact that is heavily promoted in the movie’s promotional material. For good reason, too, because this is not insignificant. I’m peripherally aware of the situation concerning Israel and Palestine, but, admittedly, I knew nothing about Lebanon’s role in it.

I’m not unfamiliar with world cinema. I’ve seen my fair share of Asian, European and Latin films, but very, very few from the Middle East. Sure, I’ve seen some documentaries here and there, and I’ve read a few books, but I can’t for the life of me think of another time I’ve had the more visceral experience of watching a narrative film made by people who come from that perspective.

Early on while watching this movie, a thought struck me. I realized that, prior to this, practically every time I’ve heard this sort of dialect in film, it came from the mouth of a villain. This made me sad.

Thankfully, The Insult is a movie without villains, just a difference in opinions.

The film’s titular insult is a small one. A Palestinian refugee and a Lebanese Christian have a disagreement over a broken drainpipe. Harsh words are spoken, an assault is committed, and the whole thing spirals into a nation-wide controversy(not unlike the film itself).

Interestingly, The Insult is not just a movie about the ideological division between Lebanese Christians and Palestinians. Its about the difference between husbands and wives, between the political left and right, and, pointedly, the generational rift between parents and their children on issues such as these.

The film deals with a serious subject, but it isn’t exactly striving for realism. It’s high drama. The best kind, too — a high stakes, pot-boiler courtroom drama complete with snappy Sorkinesque dialogue that, occasionally, tips over into some corny territory. Generally speaking, the cheesier moments don’t hurt the film. They help keep things interesting and thematically straightforward enough that even the most unaware American audience is clear as to what’s going on.

The movie does well to stay grounded in its story at hand, merely alluding to the political impact and controversy such a case would bring about. You get some quick shots of protests, news coverage, and cars being set on fire, but not enough to lose track of the primary story or its characters. Doueiri’s focus is one of the films greatest assets. He gives you a sense of the scale, but keeps the narrative chugging along at a decent pace.

Considering the fact that it’s a movie featuring characters as so fundamentally divided, it’s hard not to wonder which viewpoint Doueiri is more predisposed to. But, from an outside perspective, the director appears to be dealing with an even hand. While one character might be more likable than the other, both points of view are presented empathetically.

The director takes great pains, sometimes visibly straining, to keep the scales balanced. If the stakes seem higher for one of them, then Doueiri throws something in to puts the other character’s livelihood in jeopardy. If one seems like he’s being a jerk, they reveal something unfavorable about the other guy–always keeping that balance in check. You can see all these narrative moves as they happen, but it’s still effective.

That’s not to say that the movie is predictable. While it may not be difficult to guess what may happen at the end, Doueiri tosses his fair share of curveballs. Every few scenes or so there’s some big revelation that turns the tides or raises the stakes. A few of these are a little dumb, but they do a solid job in keeping you invested.

Politics aside, The Insult is a solid courtroom drama. While you might not not fully understand the history behind the character’s actions, it’s easy to pick up on their emotions. I mentioned at the beginning of this review that I knew knew little about Lebanon going into this movie. I still don’t (I’ve tried researching it, but it requires more time than I can afford this review). I did, however, feel a great deal of affection for these characters and grew to understand their positions.

Verdict
Good art brings people together. It’s an insight into the minds and emotions of its artists. A person can learn a great deal of empathy from film, and one should make an effort to expand the scope of their viewing. If you’re like me, and haven’t made the effort to seek out works from Middle Eastern countries, then The Insult isn’t a bad place to start.
8
Cultured Vultures is a pop culture website established in 2013 covering all things gaming, movies, and more. We eat your words.
All The News On The Biggest Games