About the Gender Politics of the Dance and Electronic Music Scene

A few days ago, Pile Rats posted a story about Justin James. James is, allegedly, a DJ, and recently he hatched himself a plan. He jumped on a Facebook group called ‘Support FEMALE DJs’ and expressed his desire to aid that cause by getting female DJs booked for shows through his agency. Sounds fine, right? Well, kind of, it at least sounds well intended, until you start to read on. After rather creepily asserting that he’s only interested in dealing with the women in question directly, rather than agencies or management, he runs off a ‘list of requirements’ for the candidates in question. You can see the full post below:

That is, I think you’ll agree, rather alarming. Putting aside for a moment the glaring, abhorrent misogyny of basing the quality of a DJ on her appearance, or saying you ‘only work with attractive DJs’, what makes this post even more depressing is the flat out lack of concern about mixes, style, or any of the things that are really important in measuring the appeal of an act. James has since weathered a pretty severe backlash against his post, with others pointing out that he’s spoken in a similar way to them in messages, saying things like ‘If they wanted talented DJs, then they would just hire men.’

As warming as it’s been to see DJs, supporters and journalists alike band together in opposition to this thoroughly unpleasant man, his behaviour is emblematic of a far wider, bigger problem – the difficulties women face working as DJs or producers, simply because they are women. That’s not to say that there aren’t plenty of amazing women out there in the world mixing and producing music, there are, but it’s a far too little known fact that, despite electronic music largely purporting itself to be progressive and intelligent both in audience and output (sometimes a bit too much), there are still gender barriers in place, and the further you angle towards anything regarded as ‘mainstream’, the higher they rise.

Of course, to those who are actually plugged into the scenes, the mainstream means almost fuck all. From dubstep to drum and bass to garage, the underground practitioners have dedicated followings, and they support each other. It’s when you start looking at club and festival bookings that the issue becomes more obvious, the lineups are often at least 90% male, and only the most prominent radio DJs manage to be that exception a lot of time. Here in the UK that would be Annie Mac, B.Traits, Moxie or Mary Anne Hobbs. Sad to say, dance music has an air of the boy’s club about it, especially EDM.

Love it or hate it, EDM is one of the leading dance music genres of the present day, and if you watch the club footage, or somehow manage to sit through We Are Your Friends without being violently sick, you can see how much of it is represented from a masculine perspective. 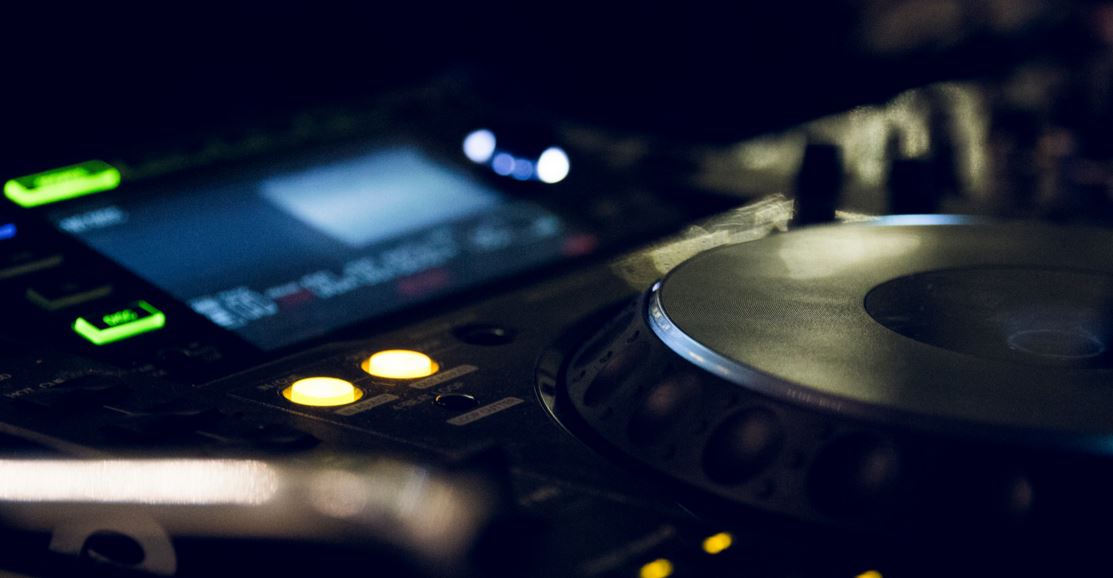 You have to look good behind the decks, have a collection of girls in front of the stage so that they can be filmed in slow motion and make sure you wear a sleeveless top or a vest so everyone can see your sweat-stricken biceps painstakingly guiding your hands from button to button. All musicianship has been warped by this idea that the real aim is getting laid, but EDM does it in this airbrushed, reductive way that completely sidesteps any conversation about the actual quality of the music being played.

Part of the problem is the environment that dance music lives in. Clubs have always been associated with sex, so much so that basically any woman who has ever set foot in one, even once, was probably propositioned in some way or another, regardless of whether or not she had any interest. Plenty of people are perfectly capable of looking past that, but there’s still a kind of stupefying stench in the air that means that the moment a woman steps behind the decks, people are going to start objectifying her, making it all the more difficult to be taken seriously.

Since the days of the Hacienda in Manchester or the house nights in Chicago, the idea of making your living enlivening a warehouse full of revellers has been distorted, and the people most dedicated to the craft have suffered the most for it, to the point where Paris Hilton is being paid millions of dollars to headline in Ibiza, while acts like Eli & Fur, TOKiMONSTA, Ikonika, Hannah Wants, La Fleur, Charlotte Devaney, Hannah Faith, Miss Lil L, Kozee, Missrepresent and hundreds upon thousands of others have to work that much harder to gain recognition.

The saving grace of this backwards perspective is that the support within the community remains excellent. You would be hard-pressed to find many revered DJs or producers who would even consider letting gender factor into their appreciation of other artists. The other important thing Justin James got so horribly wrong with his little outreach initiative was thinking that the women he was looking for actually wanted his, or anyone else’s help to get where they’re going.

If there’s one key distinction between men and women in dance music, it’s that women are far more likely to have involved themselves with it out of a love of the sound, rather than the party atmosphere. Nobody ever tried to market the sex and drugs of the clubland scene to a female audience, and if you’ve ever been to an underground drum and bass or dubstep night and you’ve seen someone trying to pull, you’ve seen someone making an idiot out of themselves. The kind of fans who frequent those gigs don’t do it to find people to go home with at the end of the night, and that goes double for the women. It still happens, sure, but it’s certainly not the point of it all.

That in mind, I think it’s fair to suggest that most women who work within electronic and dance music would much rather rely on their own hard work to gain momentum. If they do get noticed by somebody influential, and it bodes in their favour, great, but hopefully that person will have noticed them because they were tearing the roof off at the time, not because they were wearing a low-cut top. The most valuable support they can get, and give, is from each other, and from their crowds.

On the first count, things are going very well, female DJ collectives and agencies like SIREN and Discwoman testify to that, but on the second count, more work needs to be put in. No DJ needs me to speak on their behalf, but the crowd still has a long way to go. Audiences need to learn to ignore any corporate or mainstream influence on dance music, it’s got money on its side for sure, but it’s a corrupting influence that turns the whole scene into a grotesque caricature. When you walk into a club, you’re trusting that the person on stage is going to make your night incredible, how they do that is their decision.

What they wear and how they behave on stage is also their decision, and it’s none of your business.

Since this article went live, as he has done with a few other publications, Justin James actually reached out to us and expressed his desire to get a response on record. We’re nothing if not even-handed here at CV, so we agreed, but rather than simply making his own case, as he’s done for FACT Magazine and Magnetic, I thought it would be more interesting to ask him exactly where he stands on the influence of appearance and social media in DJing.

You can read his full response below, and I invite you to draw your own conclusions.

It is important for the actual art itself? Of course not. Is it important if you want to hit the road and start traveling? Yes. Is that a bad thing necessarily? No.

Appearance or social media standing on its own isn’t enough. Of course, talent must also be present. The DJs that garner the most success in this day-and-age are the ones that find a balance between the three.

This new set of standards for people in the entertainment industry is merely a function of supply and demand. Have you heard the joke about how a guy is dying on the airplane and the stewardess asks if there is a doctor on board and everyone says “Sorry, we are all DJs”. That’s really how is it now!

Walk outside and throw a rock – I’ll bet you hit a DJ.

Any DJ that has been around and is reading this knows just how hard it is to make a living playing music nowadays. Especially if you have real obligations; a house, car payments, a wife, kids, etc that you have to support.

Since the market has started to change over the last few years, entertainers are looking for new ways to stay competitive, relevant, and employed. Building a brand and a social media following (fans, not just followers), and being conscious of psychical appearance are all things that are important now… Male or female.

With the advancements of social media and the explosion of electronic music the last few years, DJs have turned into the new rockstars. Go to any festival in the world and tell me otherwise. Watch Steve Aoki jump off of a second story balcony into a sea of screaming fans into an inflatable life-raft and tell me that “gender inequality” is the only problem in the dance music industry right now.

Do I see a way for people to break out of this cycle? Sure. Stop supporting it. Stop tweeting Steve Aoki, don’t look at Mija’s new shoot with Playboy, stop listening to Krewella (because we know which member really produced those tracks), etc. The best way to take power away from anything is to ignore it.

But that is not going to happen.

And why should it?

People find different ways to be entertained all over the world. Why does it matter to you if someone is more concerned with the way someone looks rather than how they play?

This is show business. And the key word here is ‘business’. Any musician (DJ or other) has to do what they do for a love of music, but as a professional “if it doesn’t make dollars than it doesn’t make sense”.

The people that have actually been offended by my words this past week are outside of the circle and are lacking a cursory knowledge of how this industry actually works.