Fortnite: Where To Find The Ferrari Car 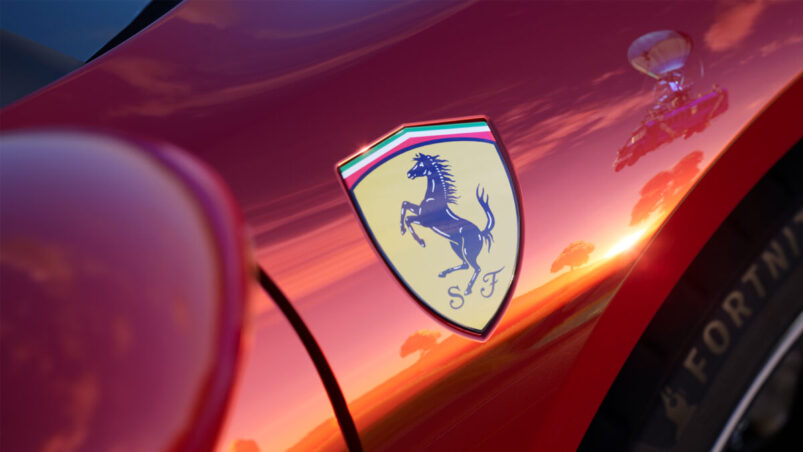 The latest in a long line of crossovers has arrived in Fortnite, but not one that many will immediately expect. Arriving alongside some new cosmetics, Fortnite now has a Ferrari car by the name of the Ferrari 296 GTB based on its real life counterpart.

Arriving on July 22nd, 2021 during Chapter 2 – Season 7, this Ferrari car marks the first significant crossover in terms of vehicles in Fortnite, even though there have been homages to others with the cars currently in the game. We might see even more after this, especially with how Fortnite is becoming more and more like a metaverse of different properties than its own thing.

Here’s everything you need to know about the Ferrari car in Fortnite, including where to find it and how fast it can go.

The Ferrari car is available everywhere where the Whiplash used to spawn. It’s a fairly common spawn, though not as much as the Islander Prevalent or other, slower vehicles.

However, thanks to the way spawns work in Fortnite, there’s a random chance that these cars will even spawn, which is a little frustrating. Just bear that in mind when looking to complete your challenges.

The following weekly challenges can be completed with the Ferrari 296 GTB, as it replaces the Whiplash:

You will have until the end of the season to complete these challenges and net a total of 90,000 XP towards your Battle Pass.

For all the info, be sure to visit fn.gg/Ferrari.