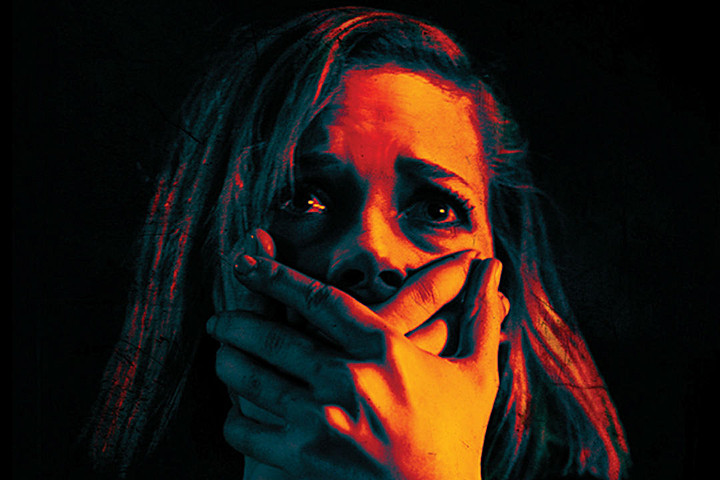 ‘Just because he’s blind, don’t make him a fucking saint, bro,’ proclaims Money, one of three small-time crooks beset on what promises to be their biggest ever score, and therein lies the concept for relentless cat and mouse thriller Don’t Breathe, the second feature by director Fede Alvarez.

You may remember Fede as the man responsible for rebooting Sam Raimi’s 1981 classic the Evil Dead. With all the hype surrounding the release of his high-profile debut, it was inevitable that he would walk away wounded as those who had tasked him with regurgitating a much cherished classic raked in the revenue.

Alvarez was yet another in a long list of budding directors who had been tempted to drink from Hollywood’s poison chalice, but who could blame him? As underwhelming as his CGI-laden remake was in the eyes of many, he had exploded onto the scene with a marquee attraction and had used the opportunity to display his considerable talent.

On the whole Don’t Breathe is a step in the right direction. Reunited with The Evil Dead’s fearless lead Jane Levy, Alvarez produces another smash-mouth affair, utilising her onscreen guile to get the most out of some paper-thin characterisation, her resourceful performance giving us at least one reason to care if the cast gets out alive.

Don’t Breathe is the kind of movie that plays on our loyalties, as three down and desperate friends descend upon a rundown area of Detroit, where a visually impaired loner mourns the accidental death of his daughter while sitting on some rather hefty compensation. Their plan is reprehensible; the man is handicapped, outnumbered and buried in a suburban mausoleum where no one will hear him scream – or anyone else for that matter. But this is easy money, a chance to escape their own emotional traps and put the hermit’s payoff to good use.

But Stephan Lang’s blind ex-military proves himself a more resourceful foe than first anticipated, relying on other heightened senses as his house of horror descends into darkness, creating the kind of claustrophobic environment that is key to any survival thriller. Lang is first rate as the marauding house owner whose sentimental fortune comes under threat. Clearly trained in the art of violence, he simply has nothing left to lose, and once the intruders stumble they are very much in his territory, dodging every creek and swallowing every breath as he swings through his domain with the blithe assertiveness of a mountain gorilla.

Cinematographer Pedro Luque works wonders in mapping our heroine’s subterfuge, while making deft use of the open frame and high angle shot to utilise off-screen space, as our cast crouch and crawl through the many confined spaces where an unpredictable threat lurks. But somewhere along the way events become a little too self-indulgent as the relentless to and fro threatens to burn itself out long before the movie’s finale. This is a technically proficient thriller with consummate pacing, but once the gasps and screams give way to motive and characterisation we are very much back in shock territory, with a tacky revelation that threatens to overshadow Lang’s towering physical performance.