Though it may have spawned plenty of imitators, was Batman: Arkham Asylum actually an imitator itself? 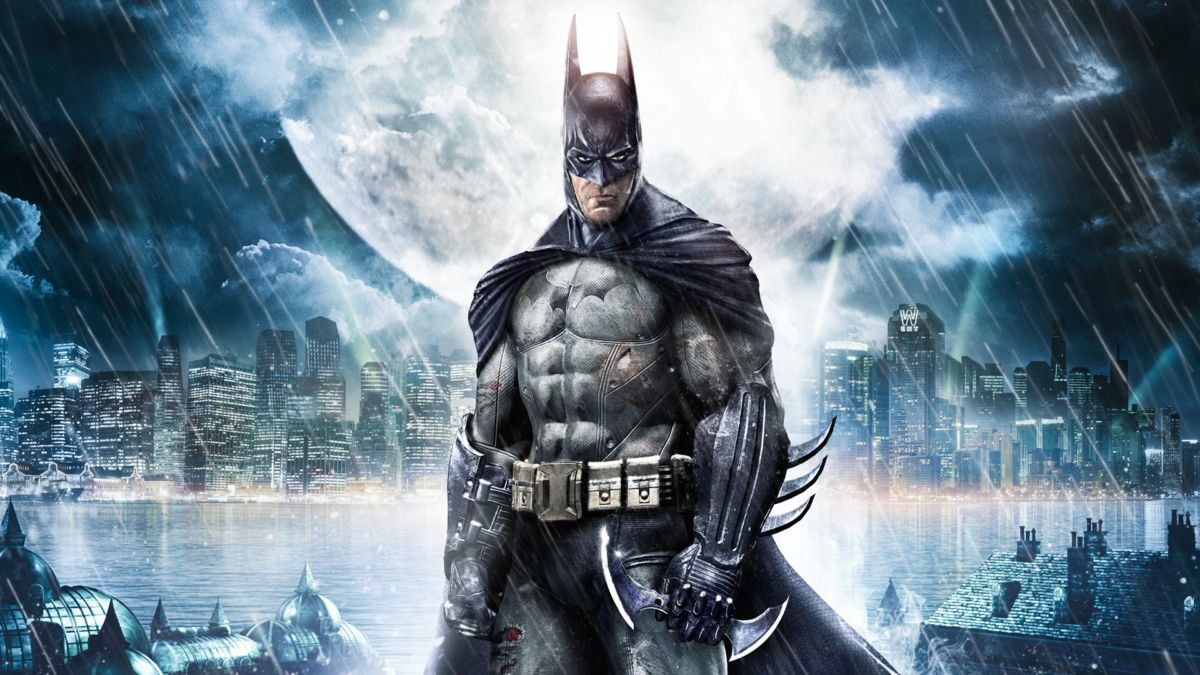 Despite how you feel about the recent adaptations of Batman in cinema, the Dark Knight has largely been well portrayed in video games. Since its release in 2009, Arkham Asylum – the first entry in what would become a trilogy of games from developer Rocksteady – has won awards for its game design and gameplay, as well as winning the BAFTA Games Award for Best Game. Arkham Asylum reviews contained high praise of its combat system (as well as the obligatory mention that the game “really made you feel like batman”) and for good reason. Rocksteady crafted a tight blend of regular attacks, quicktime counters, dodges and stuns, as well as the countless other gadgets Batman somehow manages to store around his waist. Every attack, special move, and gadget is mapped to a different button on the controller and tied together in a smooth combo system, which gave considerable replay value to the challenge mode separate to the main story.

Combat is essential to any Batman game. Punching and kicking are his strongest traits, after all. 10 years on from the release of Arkham Asylum, many of the games that followed have been criticised or commended for mirroring the combat formula that made Asylum a success (some more crudely than others): Mad Max, Middle-earth: Shadow of Mordor, Spider-Man, to name a few.

For these games to be deemed copies, however, suggests that Arkham Asylum was the first of its kind. But is that the case? Or was Arkham Asylum simply the first to master the combat mechanic on modern consoles, helped by riding the cape-tails of one of the most recognisable vigilantes of all-time?

Rhythm Is A Fighter

Rocksteady revealed that Arkham Asylum actually has roots as a rhythm-based game and those roots are clear to see in the finished product. Arkham Asylum’s combat system punishes furious button-mashing and rewards stacking up attacks in ‘free-flow’. Essentially, the better you are at tying Batman’s moves together, the higher your score. A system that lends itself to the convicts of Arkham Aslyum, whose shaky collective mental disposition causes them to wait patiently for their turn for Batman to punch them square in the jaw.

We can only imagine what could have been Batman’s first ever rhythm-based fighting game (I think Batman’s cape would be well suited to a ballroom waltz) but we can’t complain with the finished product. Arkham Asylum delivers the most authentic fights you can have in the over-the-top world of action and superheroes. But was it truly the first?

Prince of Persia: Sands of Time was a 3D action-adventure RPG released on the Xbox, PlayStation 2 and GameCube in 2003. Players controlled an unnamed Prince, whose agility and acrobatic prowess allowed him to wall-run-and-jump through Tomb Raider-esque puzzles. The combat, meanwhile, was a tight blend of regular attacks, dodges, blocks and ground-pound finishing moves. The combat also benefited from very responsive camera control (crucial in third-person games and a step ahead of other games of the time).

Time itself is a big part of Sands of Time’s gameplay. It grants the player the ability to reverse and slow down time, making it easy to get through tricky obstacles and even cheat death if they accidentally wall-run into a buzzsaw that the Persian royalty’s interior decorator must have thought made nice décor for the palace.

The combat isn’t perfect. Attacks sometimes have difficulty locking on to the intended target, particularly for finishing moves on downed enemies. But for its time, Sands of Time was a real step forward for the world of third-person action RPGs. It’s easy to see where the similarities lie and the potential inspiration that led to the gameplay of Arkham Asylum. There is a definite resemblance to be seen as the Prince dive-rolls, dodges, and flips his way between a circle of enemies, some of which have distinct weaknesses that need to be exploited to defeat them.

Released six years after Sands of Time, the player has far more tricks up their sleeve in Arkham Asylum (as you would expect from the caped crusader). There is much more variety in the enemies you face and the tactics for beating them.

The biggest difference, though, is the addition of the combo meter. Having to stun heavy goons before you could land a strike, and flipping over armed goons so you could attack from behind is one thing. Having to do so without being hit, without missing a counter or swinging your fist at thin air made achieving the coveted ‘flawless freeflow’ bonus (beating a wave of enemies in a single combo) very rewarding. The challenge was at least made easier by the Arkham series’ slick animations, which allow you to fluidly move from one enemy to the next and make kicking a group of 14 angry men in the face somewhat graceful.

Of course, Arkham Asylum is not without its own flaws. It wasn’t until Asylum’s successor, Arkham City, that Rocksteady really nailed the variety in Batman’s adversaries. By the end of Asylum’s story, hints of repetition start to creep in. After a thrilling problem-solving battle between a titan-enhanced foe—where you must time batarang strikes, dodge rolls, and cape stuns to succeed—for example, the following boss fights against Bane and a titan-enhanced Joker can feel a little too similar in comparison.

Kicking Ass On An Unprecedented Scale 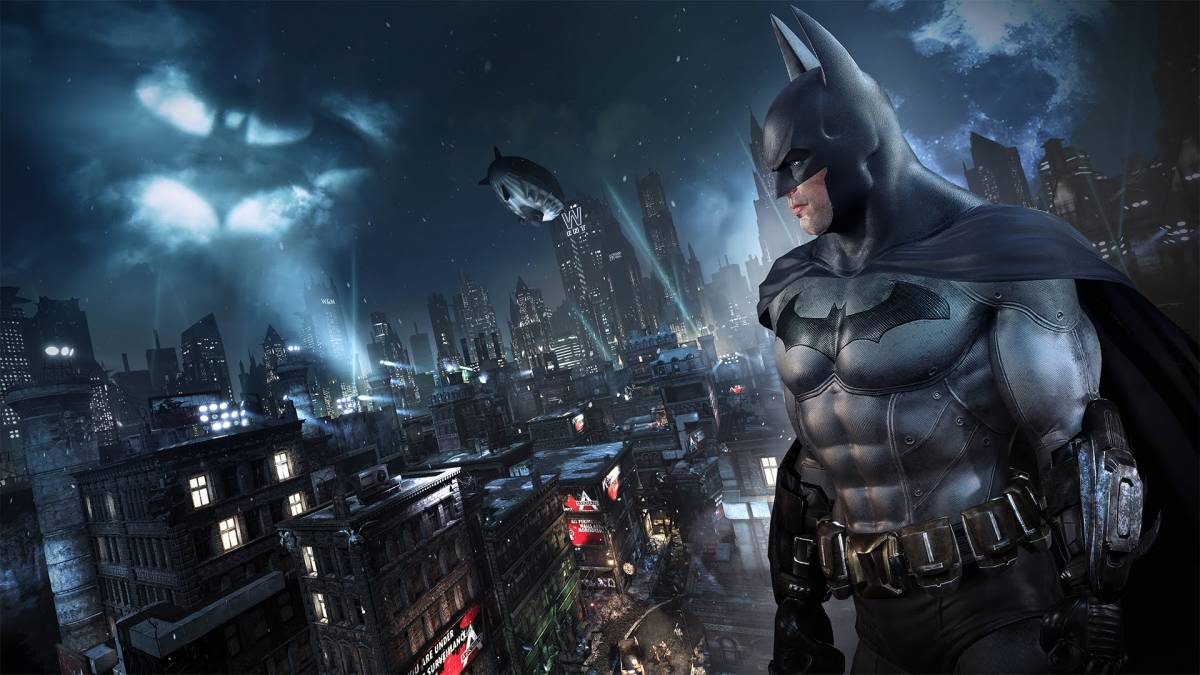 Was Batman: Arkham Asylum the first to coin the ‘rhythm brawler’ mechanic that is now common in so many third-person action RPGs today? I think so. While Sands of Time was a bit of a revelation and may well have laid the blueprint for Arkham Asylum, it was Rocksteady that made the combat shine.

If I was to return to the Arkham series now, I would probably go back to Arkham City. It was the sequel that built on the excellent foundations of the first in almost every way – scale, combat, story, stealth, and boss fights. Of course, you could argue that there is not much need to return at all, seeing as series’ like Middle-earth and the new Spider-Man are finding new ways to improve on the core combat mechanic.

But there is a special place left for Arkham Asylum, beyond the recognisable characters, tightly-written plot and careful mix of combat, stealth, and exploration. It’s a game that, for the time, let you fight bad guys in a way that previously wasn’t possible. It set a new bar for that feeling of badassery in RPGs. If that’s not something that makes you feel like Batman, then I don’t know what is.