Dead or Alive 6 (Xbox One) REVIEW – Alive or Just Breathing?

The gameplay is great. The lacklustre story mode? Not so much. 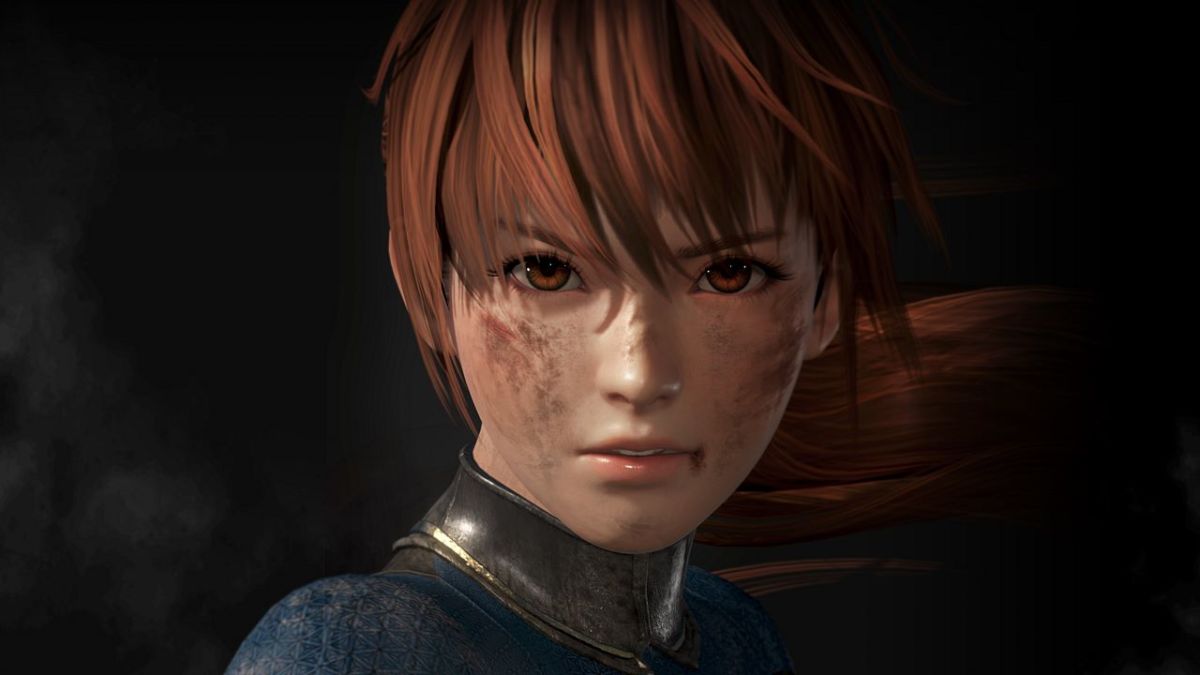 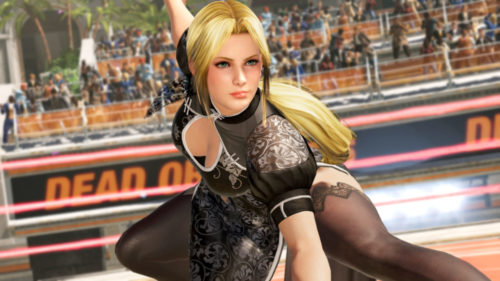 There’s a certain level of shame and embarrassment that comes with the realisation that you’ve recently shelled out over £700 in the past month on a 4K TV and an Xbox One X, both of which ended up being used to render Dead or Alive 6 and its massive, jiggling breasts in real time. Cue plenty of frantically changing the channel anytime someone walks into the room.

Yes, it’s Dead or Alive time once again, and rumours about the reduced sexualisation in the sixth edition were fairly exaggerated. Sure, on the surface, it looks like Dead or Alive 6 has cleaned up the franchise’s act, focusing more on being a best in class fighting game and less on being the “breast” in class, but that other side of DOA is still there. You just have to put in a little more legwork for it now.

For the uninitiated, Dead or Alive 6 is a 3D fighter that places equal importance on a tight defense as well as a flashy, combo heavy offense. Aside from your typical punch, kick and throw buttons, your block button can also be used to initiate defensive “holds”. Players can use high, middle and low holds depending on the direction inputted when pressing block, with back and forward used to counter middle punches and kicks, while back+up and back+down counter high and low attacks respectively.

There’s a rock paper scissors system in play with the different attacks, as strikes beat throws, holds beat strikes and throws beat holds, so the mental metagame is strong here. If you know your opponent is going to counter one of your combos with a hold, you can try to bait out the hold by stopping the combo halfway through, punishing it with a devastating throw. 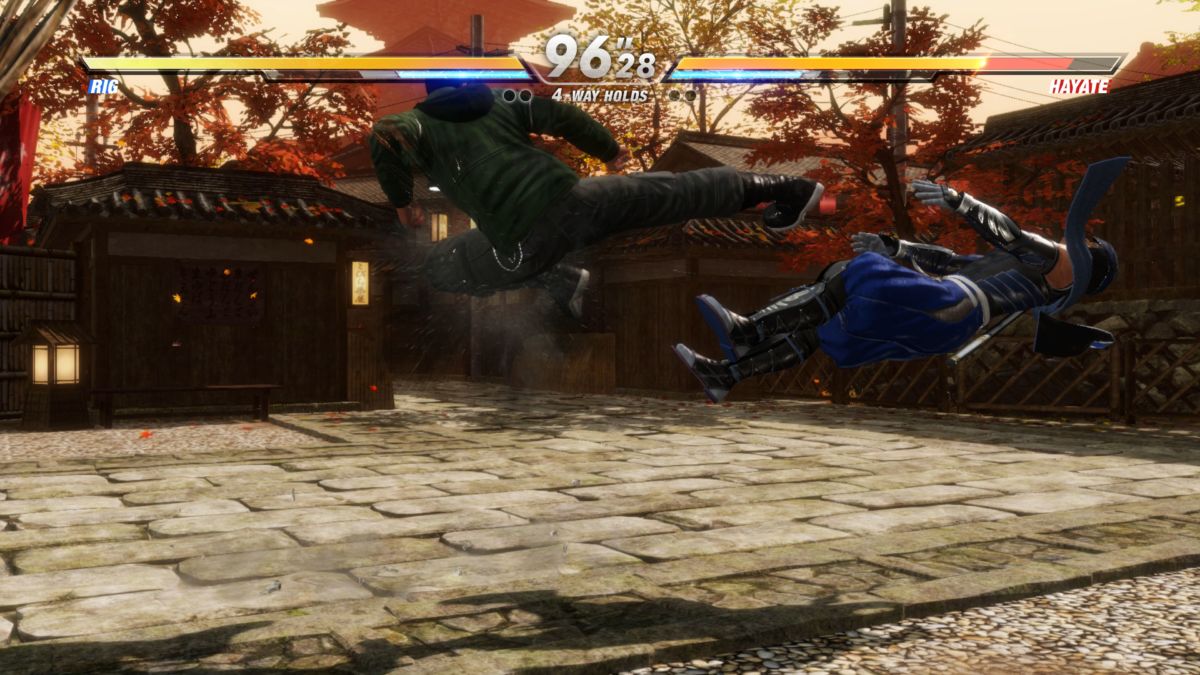 As for the Special button’s defensive options, pressing back and Special activates a Break Hold, a last ditch defensive option that can counter any attack if timed correctly, but costs half your meter. The special button can also be used to sidestep attacks with eased when pressing up or down, allowing you to launch a quick counter attack.

With its already simplistic control scheme, along with those new additions that give players more offensive and defensive options at both low and high level, Dead or Alive 6’s gameplay is possibly the best the series has been. For new players and series veterans alike, there’s plenty to sink your teeth into.

Furthermore, DOA 6 boasts an in-depth tutorial mode with over 100 lessons that’s a great starting point for anyone yet to play a Dead or Alive title. It’s comparable to a Arc System Works game, teaching players both the basics and the more advanced concepts while tasking players to use them in live battle scenarios to make sure the tenets are understood. There are also character specific lessons, which should help you if you’re struggling to pick your main. 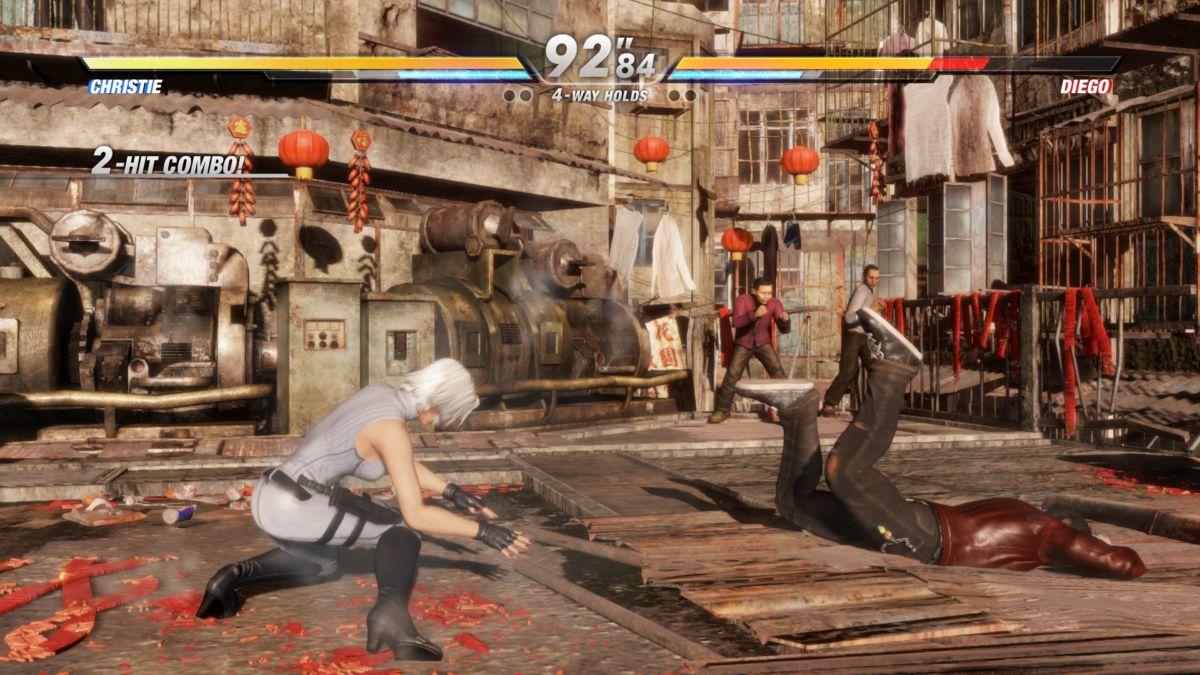 Once you’re done tackling the tutorial and have found your character, additional training tools like the command list mode ensures you fully understand the tools at your disposal, while the combo challenge gives more elite players the chance to flex their muscles. If you find the idea of 20 hit combos intimidating, maybe give this mode a miss.

The large amount of training material is fantastic, and necessary. Perhaps more so than anything other fighting game, the skill gap between low and high level players is staggering, largely due to the Hold system. If you’re playing against someone online who knows the movelist of each character inside and out, and you’ll encounter these players often if you venture online, you’ll be lucky to land a hit.

Still, the prevalent skill gap has always been the case with DOA, so to see the developers devote lots of resources to ensuring new players get up to speed as quickly as possible is encouraging. Unfortunately, those resources didn’t go towards ensuring a fully finished, quality product in a lot of other aspects of Dead or Alive 6.

Outside of the training modes, the two biggest single-player modes are Story and Quest mode, and both of them are pretty underwhelming. The story mode is just a rubbish experience formulated like it’s a David Cage game. There’s a timeline of events, story missions unlock at different points within the timeline, and outside of the main story, extra scenes are just nonsensical fluff. Meanwhile, the main narrative is just boring. Plus, there’s no rewards for completing it, making its inclusion pointless. 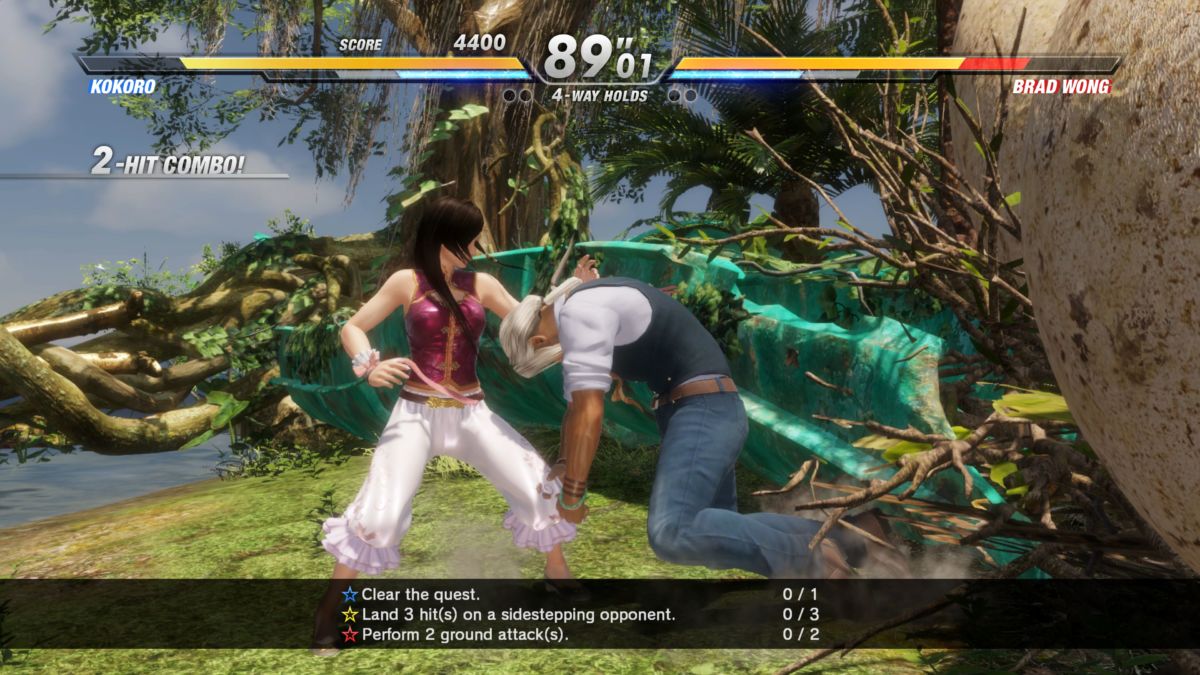 As for the Quest Mode, it’s a series of around 100 fights that’ll net you cash and costume parts. The fights themselves are just standard brawls with no additional modifiers, though you get more stars for fulfilling certain criteria like using a certain attack or pulling off a set amount of holds. It’s fairly boring, in all honesty, and nowhere near as engaging as Mortal Kombat X’s Towers or Injustice 2’s Multiverse.

As mentioned, the main incentive for playing it is to unlock costume parts, because the way that Dead or Alive 6 forces you to put in the legwork to unlock those skimpy outfits is awful. Completing Quests or playing matches online earns you a set amount of parts that’ll be assigned randomly to the total of one of the hundreds of available costumes in the game, so if you’re hoping to unlock to a costume for your favourite character, you better pray to the RNG Gods for it to happen.

Of course, once you then have enough parts to unlock the costume, you then have to buy the thing with the Player Points you’ve earned. Only then can you finally use the flipping costume in a fight. It’s just a needlessly complicated system, and one that doesn’t feel rewarding. At the time of reviewing, there was an event on that made unlocking costumes much easier, but that doesn’t make the method any better.

The online portion of the game is okay, if a little basic at the moment. The netcode can be a bit stuttery, and random disconnections can occur, but for the most part, it’s stable enough to be enjoyable. Unless you get matched with someone on the other side of the world, you should be fine.

Still, the online mode as of right now only consists of ranked matches, with private matches and lobbies unavailable for another couple of weeks. Worse still, there are no matchmaking preferences available for ranked matches, meaning it’s out of your control if you’re paired with higher skill players from across the globe or the lowest tier scrub. These are all aspects considered staples of an online fighting game experience, so their absence is alarming.

Outside of that, presentation features like multiple intro and win poses are also absent from the full release, but will be added in due time. It’s pretty telling about the game’s business practices and philosophy when a £60 season pass with just 2 additional DLC characters and over 60 costumes is considered more important than a populated online mode and other basic fighting game features. And that

As the fights themselves are fantastic and offer incredible depth, Dead or Alive 6 is an absolute ball to play, but the lacklustre single player content and the missing features make DOA 6 in its current state feel incomplete in comparison to other fighting games on the market.

Verdict
For what it is, Dead or Alive 6 offers an enjoyable experience for new players and veterans alike, but the full package currently fails to deliver in a lot of key areas.
6