Can you pick up friends in a dungeon? 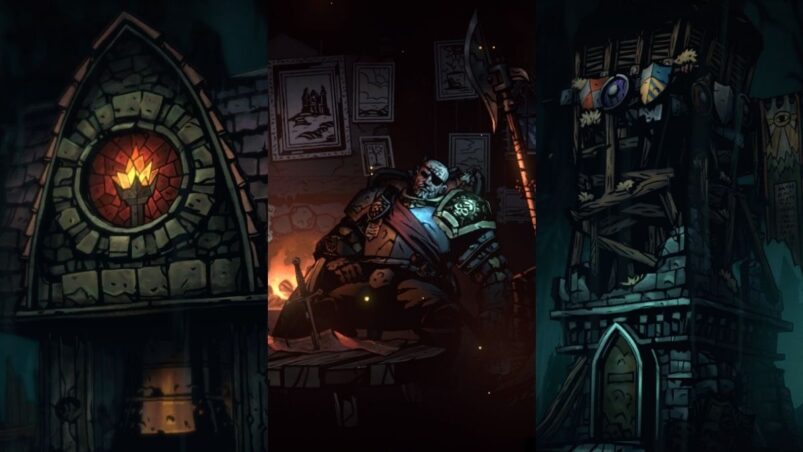 As Darkest Dungeon 2 is primarily a roguelike akin to games like FTL, players will need to choose paths to go down as they move through stages. Each path is bookended by a node or a stop, which acts as an encounter.

Here are all the main encounters you will face in Darkest Dungeon 2:

And here’s everything you need to know about Darkest Dungeon 2’s encounters.

Knowledge is a crucial component to succeeding in Darkest Dungeon 2’s corrupted world. Upon embarking on a new stage in the long trek towards the mountain, the hero party will get a partial readout from scouting all the potential encounters in the area. The watchtower is an encounter that will reveal all remaining concealed nodes, so it’s best to visit the watchtower as early as possible to get the most out of it.

One of the more difficult nodes is the Lair encounter where players are invited to delve into a multi-stage battle to get increasing rewards from their short expedition. These encounters usually have three skirmishes with the final third including a mini-boss for the hero party to contend with. Players do have the option of pulling out of the lair after every fight, unless they’re confident to press on and see what other treasures they can find.

Aside from the Lair encounter, there are four more general types of combat encounters: cultists, resistance, guardian, and road barricades. At a cultist encounter, the adventurers will need to do battle with a band of cultists and prevail. The reward for winning is usually a modest amount of resources, a mastery point to be spent on upgrading skills, and a reduction of the loathing level or the general populace’s opinion of the hero’s efforts to cure the world of its darkness.

The final type of combat encounter is the road barricade, which actually occurs between nodes on the road. Unlike all other fights, this one is timed for five rounds where players gain no rewards if they’re unable to win in the allotted time. For these ambushes, it’s either win quick or hold out long enough to escape any serious damage.

Along the way, players will also need to interact with survivors and refugees hiding out and fleeing the horror’s of this world. In these Assistance encounters each hero in the party may present an option of how to interact with the refugees. This could mean trading some relics or flame level in exchange for food, trinkets, inn items or even relighting the flame.

Arguably the most important encounter for the overall development of each hero in the party, the Shrine of Reflection is the only way for characters to learn new skills, as well as tidbits about their backstory. The Shrine can service one adventurer per visit and will offer a short narration or even a small combat event reflecting the character’s backstory. As a reward the hero unlocks a new skill available to be equipped for battle and a single Mastery point for use at the Inn.

In the chaos of this corrupted world, someone has left behind chests stacked with items and loot. These caches are quite rare but one of the few encounters where players will get equipment for free without a fight or challenge blocking the way. However, the loot in these caches is usually random so it’s hard to tell what exactly will players receive.

The closest thing to an actual market on the road, the Hoarder has taken the opportunity to enrich themselves amidst the fear and loathing and will trade any of their items for the right price. Players can use the relic and baubles currency to purchase combat items, inn items, or even trinkets.

The more charitable market encounter on the road compared to the selfish Hoarder is the Field Hospital.

The Field Hospital acts similarly to the Hoarder, however the choice of trinkets is usually not as good as the other trader and combat and inn items usually will usually have medical and restorative features. In essence, you are unlikely to find a molotov cocktail at the hospital, but instead an abundance of bandages and medicinal herbs.

Where the Lair encounter tries player skill and the party’s resilience, the Academic’s Study tests the player’s tolerance of luck and randomness. The Study presents players with some kind of mystery item or object while the heroes comment their concerns and offer options with how to proceed. These encounters can be a source of awesome treasures or immeasurable stress or even death.

Every stage is bookended with an inn where players can rest, regroup, and recuperate. Here players can use inn items they’ve gathered along the way to reduce stress, heal, or affect character relationships.

Moreover, players will find the Provisioner, Weapon’s Master, and Wainwright ready to service the party’s needs. The provisioner will sell equipment for relics and trinkets for baubles, while the Weapon’s Master will let players spend earned Mastery points to upgrade character skills. The Wainwright will install upgrades on the party’s stagecoach (see our stagecoach guide).

Once the player is comfortable and ready to move on, they will need to choose the next location they will move through. Each location will have a special condition assigned to it, as well as a secondary objective and reward for completing it. All that’s left is to embark and make your way through the ravaged lands.

A successful strategy of survival in Darkest Dungeon 2 rests on the player’s ability to choose the right path for their adventurers to take. This survey of all the different encounters on the road to the mountain should give a better understanding of what will best serve the player’s interests.