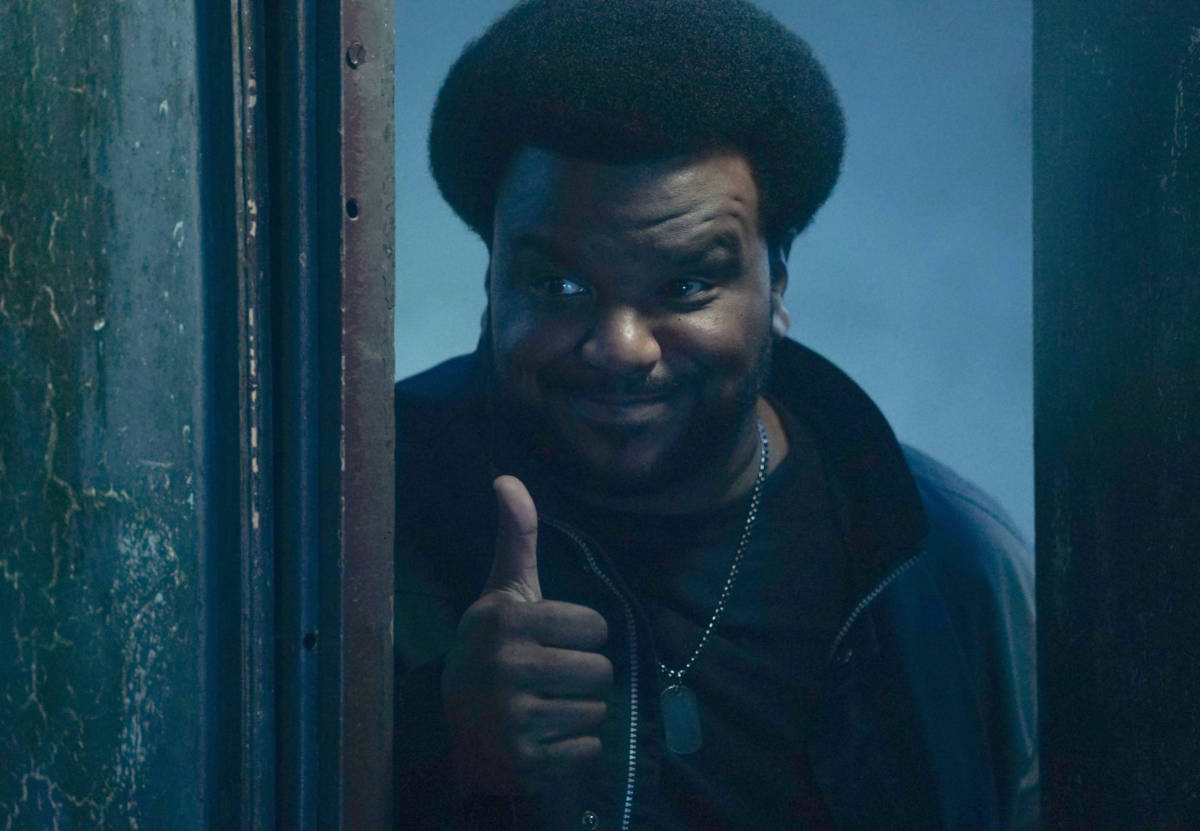 Craig, thanks for joining Cultured Vultures. How are things treating you today?
Quite wonderful. How are you?

I enjoyed it better than I thought I would.
How was Ben Affleck?

What drew you to Tragedy Girls?
I thought it was clever. I really liked the girls. It thought it was a little bit of cool satire and I wanted to be a part of it so we met. It was brought over to me by my manager. Then we met to pick it out and do something. I thought it was a no-brainer.

Your character, like so many in the film, is one of the unlucky ones. Did you have any requests for the way that your character was killed?
No, that was all in the script. I trusted Tyler. He’s brilliant and creative. I trust him. I love the way I get killed.

You teamed up this year with your Hot Tub Time Machine co-star Adam Scott in the new Fox comedy, Ghosted. How much fun has it been to work with Adam on the series?
It’s been awesome. He’s like the ultimate improvisation partner. He’s always ready to one-up and always ready to play. He’s a great collaborator and I couldn’t ask for a better situation.

Speaking of Hot Tub Time Machine, are there any plans for a third film?
From your mouth to God’s ears. I think people have got to discover Part 2 before we get to Part 3.

What advice would you offer to someone wanting to break into the industry?
I would say: BE YOURSELF! You’re the only story of you that we have so make sure to you show that to whatever genre you decide to break in with.

You have a background in improv, right?
I do, yeah.

Was there any instructor who has had the most meaningful influence on your career as in actor?
There are tons. This guy, Mick Napier, in Chicago—one day we were at Second City—I was in the Training Center—and Mick had us do sixty characters and I don’t how often we had to practice (inaudible) but it was like every minute for an hour. We had to switch characters every minute. He would call “Switch!” and then you go into a different character so it was one of the most amazing things I’ve ever gone through, which was like (inaudible). At the end of it, he was like, “You have sixty characters so if we kept going, you’d have more.”

What’s your favorite memory in Chicago?
I grew up in Chicago.

That’s right—you and Nick Offerman were in the commercial with the hats.
Correct.

Improv was one of the reasons I moved to Chicago.
From where?

Born and raised!
We shot Tragedy Girls in—I forgot which part of Kentucky it was. It wasn’t a big city. It was small but we were in Kentucky. (Springfield)

I know it was one of the ones selected for Flyover this summer
What’s the city where they make Maker’s Mark?

I want to say the Bardstown area because there’s a lot of distilleries there but it’s somewhere on the Bourbon Trail. (Loretto, Ky.)
I think that’s where we were because we got bottles in the original—however, they put the covers on.

Would you love to do another film in Kentucky
I would love to! It was very nice. It was a little town. It was hot. Good times! We had a restaurant that was open to us. I was only there for a few days so by the time I got there, it was well-established. They were open and we could go hang out there at night.

What are your thoughts on how Tragedy Girls approaches the slasher genre and does so as a comedy?
I think it’s a clever piece. Like I said, I love the satire and how they bring the social media influence. I thought Tyler did a great job!

Thanks again for your time.
Thank you—have a good day!