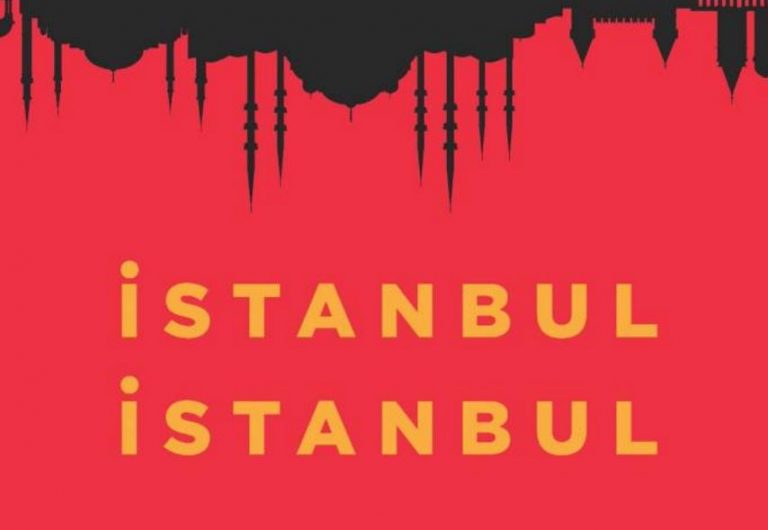 It was Napoleon himself who proclaimed that if the Earth were a single state, Constantinople would be its capital. As far as hyperbolic statements go, this one checks out with historical grandeur. The city the world now knows as Istanbul is that rare metropolis which has been host to a wide spectrum of the complexities of history and human nature. Millennia of conquest, invasions and a multitude of cultural diversity means the chronicled depth and Weltanschauung of the people of the former Ottoman Empire is uniquely ripe for artistic portrayal.

This diverse but distinctive world view is what Burhan Sonmez’s novel, Istanbul Istanbul, attempts to express. Four disparate political captives are held and tortured without trial by unidentified agents in the underbelly of the city. The specific period of the novel is never out rightly stated, though there are various mentions of past persecutions (Mansur Al-Hallaj/Edward Jorris) and an allusion to the late twentieth century Turkish political violence. Over the period of 10 days, a piece of the puzzle of the full picture is provided from the perspective of each of the captives’ stories. And this is where Sonmez’s novel comes to life – not just as a visceral depiction of pain in captivity, or a Frankl-esque exploration of existential despair – but rather, the artisanal interweaving of narratives; the masterful construction of a multi-story tale.

Numerous times within the novel, there are references to a number of classical literary works with one common denominator – they are all variations of mise-en-abymes. From the far Eastern influences of One Thousand & One Nights to the Slavic Crime & Punishment

of Dostoyevsky, Sonmez pays homage to several tales told that employ the narrative device. The highest respect, however, is paid to the 14th-century Italian collection of stories, The Decameron. Boccaccio’s novellas seem to have directly influenced Sonmez’s direction in Istanbul Istanbul; with the characters referring to it more than once – even so far as in the number of days Sonmez’s captives’ ordeal advances (“Decameron” means ‘ten days’ in the language of the ancient Istanbul dwellers”, states the character known only as The Doctor.). Istanbul’s metafictional commentary not only acknowledges the parallels to Decameron, but goes a step further and relays why the captives’ tribulations differ from Boccaccio’s runaways.

“But the people in the Decameron are better off than us. They fled the city and escaped death. Whereas we are in the depths of the city, tossed into the darkness…If our Istanbul is the same city as the one in the Decameron, I think each story’s fate flows in a different direction, don’t you agree?”

The different directions of each character’s stories elucidate the whole of Istanbul – from the darkness of the underground cells to the overcast skyline above ground.

From fear and loathing, through sober detachment – right up to hopeful, even religious, credence in the city – each of Sonmez’s characters are elements of Istanbul’s soul. To encapsulate the city wholly is a Herculean task, but Istanbul’s multiplicity is reflective of the fractured psyche of the former Constantinople. Sonmez manages to vilify the beautiful city, while in the same breath mythologizing it.

This duality, which could only have come from a native son, means the pace of Istanbul undulates steadily yet never lets up in its ascent towards the end. The challenge for a novel such as this one can sometimes be in the continuity of the frame story and/or the stories within the story, but Sonmez pushes both along wonderfully – especially as an exposition of the characters’ development.

Where Istanbul slightly falters is in the dialogue between the characters – and how much of each character’s speech becomes monologic. Perhaps this is intentional as they are political prisoners and their convictions are best conveyed through Randian outpourings, however the repetitiveness does not go unnoticed.

Nonetheless, Burhan Sonmez has spun an intriguing (barely fictional) tale about despair, hope and the power of stories – most importantly, the stories we tell each other and ourselves; and how they influence our perception of the world around us – especially when that world is as illustrious as the capital of the former Ottoman Empire.

“It takes three days to become acquainted with a city, but three generations to really know it”. Although the visiting reader never fully grasps the city (what chance does a guest have if even the natives can’t), the inter-generational tales and perspectives means we are acquainted with the essence of the beautiful “fog that enclosed time in Istanbul.”