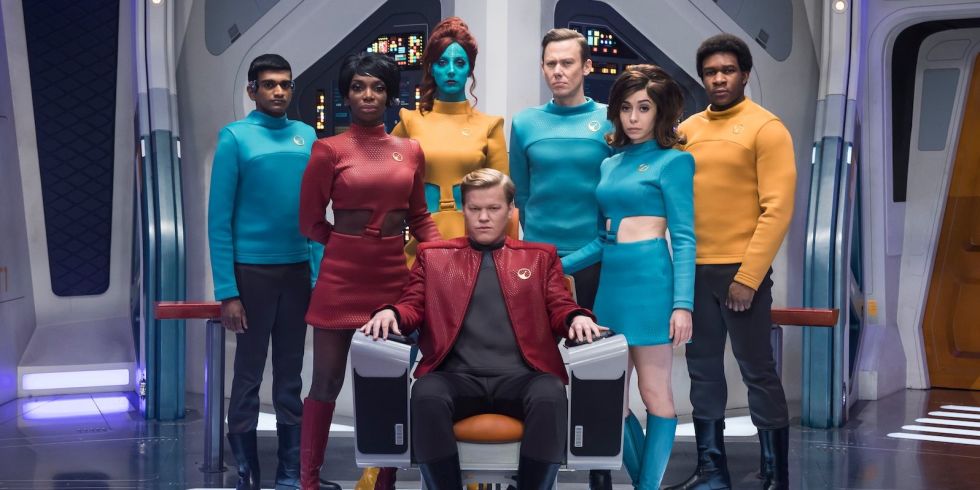 “Stealing my pussy is a red fucking line.” – Nanette Cole

A surprising tonal shift from their previous seasons, Black Mirror brought out the big tanks regarding the flair and spectacle of this episode’s marketing, painting it as an “uncanny valley” version of the 60s Star Trek TV show. The reception was exceptional, and while it definitely delivers on the tense, brutal and abrasive nature known to Black Mirror, it also dared to be different than itself, and ultimately, quite surprising.

Regardless, if you are a Trekkie, or even if you’ve never seen an episode of Star Trek (like myself), this wacked-out, carnival mask of a show goes through some really intense and engaging loops. 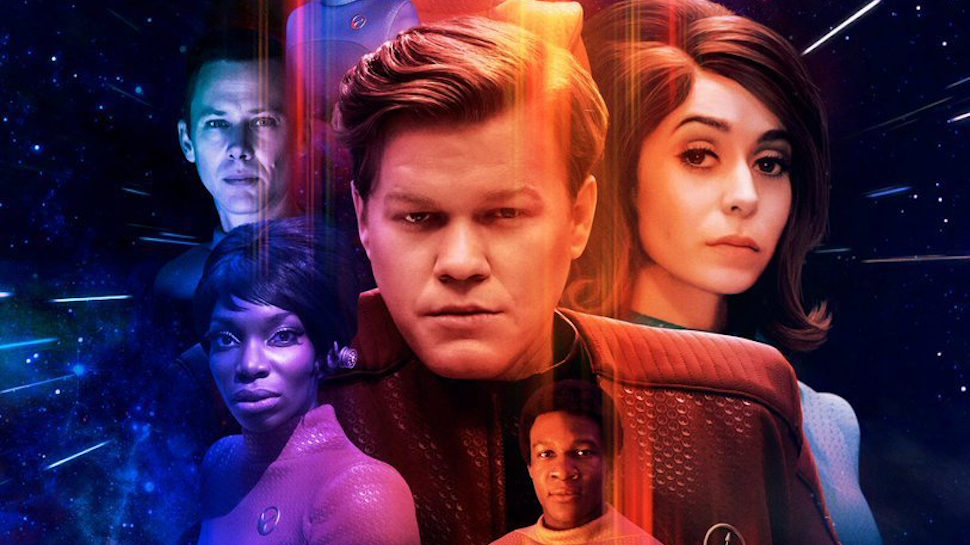 We’re heading onto heavy spoiler territory, so hop onto Netflix and blaze through this punchy, 76-minute voyage. It’s straightforward, but constantly exciting.

The show’s most interesting aspect is the unique moral dynamic between Daly, his real life coworkers and his Infinity crew. They are basically visual representations of Daly’s power fantasies and desires. Daly’s a sociopath, utterly crushed by life’s gray perpetuity, and not only because he lives in a literal escapist fantasy where he can jerk his coworkers around as playthings, but also because he’s a full-blown criminal stalker. From the very moment Nanette reveals she has no romantic feelings for him, he snatches her DNA sample from a coffee cup.

This first step is a peculiar enough behavior, but then he jumps up the entire staircase by using her DNA to assimilate her into his Infinity session. Way before he even erases her face this guy turns into the villain of this story. Toby Haynes, Charlie Brooker, William Bridges and the crew behind USS Callister have built a very solid subversion on the Star Trek formula by incorporating present-day dilemmas and a touch of subtle horror into a decades-old concept.

The show takes Daly, its “apparent” protagonist, and flips him on his head, turning him from a slightly dorky and jumpy nerd into an obsessive, sadistic dominator. Perspective is everything.

The fear in this show also comes from a very fascinating place. We’ve seen all types of horror, from child ghosts, to bloodthirsty killers, to galaxy-spawning entities. In USS Callister, though, the enemy is the all-powerful, imposing, and ruthless god of their world, doing exactly what he pleases and actively tormenting the souls caught in his eternal game. It’s taking the concept of Man vs. God and applying it as literally as is can. Forget religions, he can turn them into giant cockroaches on a whim if they so much as glance at him wrong. Not only does this introduce dangerous stakes for these characters (who, by the way, are mostly virtual programs in Daly’s Infinity session), but it’s also a clever and inventive villain concept in its own right.

Ultimately though, Daly is only a god in the human-made Infinity engine, right? And if a human made it, it has to have errors. This is another central theme in the narrative, as Daly’s little experiment begins to leak into the outside world. Tension rises in both the virtual world and in “meatspace”, as the crew desperately tries to contact the outside so they can escape from Daly’s cursed role-playing game and revel in the freeing bliss of death.

The show borrows lots of camera patterns from many different iterations of Star Trek, from the 60s era static in the opening and trailer, to the sleeker, more kinetic directing of JJ Abrams. Taking into consideration the perfectly generic orchestral score as well, and this show looks, sounds, and feels like proper Star Trek when it wants to. Even during the scenes in the dour, muted palette of reality, the camera work is still striking and layered. A+ on presentation.

The performances and characters are as you can expect from Black Mirror. Gripping, pained, and terrified souls manifest themselves viscerally thanks to the talented and skilled cast, deliciously blunt dialogue and rock solid narrative development. Jesse Plemons plays a greasy, sketchy, and off-putting Robert Daly, looking eerily like a grosser version of Matt Damon, almost parodying his recent prevalence in “futuristic” films. Cristin Milioti is pleasantly quirky and kind when she’s introduced as hard-working Nanette Cole, but when her virtual self gets abducted into Daly’s neverending realm, she really shines. As Daly tortures and harasses her, she turns from a shivering, petrified disaster, into a commandeering and inspiring voice of leadership via pure hot-bloodedness and rage. In short, Nanette’s all-around fantastic too.

The rest of the supporting cast, from the punchable Walton (Jimmi Simpson), to the deadpan Elena Tulaska (Milanka Brooks), range from decent to impressive, as even when they’re delivering stoic and meaningless technical jargon on one scene, they can follow that up with emotional, statue-esque depictions of oppressive despair and hopeless nihilism. Great casting all around.

While straight comedy is not usually part of the Black Mirror experience, I do have to point out one scene that really did deliver a gut-buster, but it’s not so obvious as to why. It’s when Nanette and crew escape through the update/black hole, as their screaming faces are cheaply warped with some simple effect, and their voices are pitch shifted into oblivion, making the scene feel like it came out of some terrible early 90s sci-fi show. It’s just ridiculous enough to be hilarious, striking that balance between legitimate and self-aware with no effort.

The show ends on a much brighter tone than your usual Black Mirror nightmares, with the evil nerd laying dead and the cool jocks surfing in the stars. A little predictable, especially regarding Walton’s sacrifice, but it closes all loops as simply and as cleanly as it can and delivers unto us a complete story, and a pretty unique one at that.

This conceptual experiment resulted in a total success, and I hope to see Black Mirror widen its margins in regard to premise and execution in the future. This one is pretty good.

Verdict
USS Callister is tribute gone wrong, but in the best way possible. Displaying a twisted dynamic of the Star Trek franchise, it dips its toes into body horror, espionage and parody, all the while retaining its Black Mirror roots. A pleasant surprise.
7.5
Cultured Vultures is a pop culture website established in 2013 covering all things gaming, movies, and more. We eat your words.
All The News On The Biggest Games