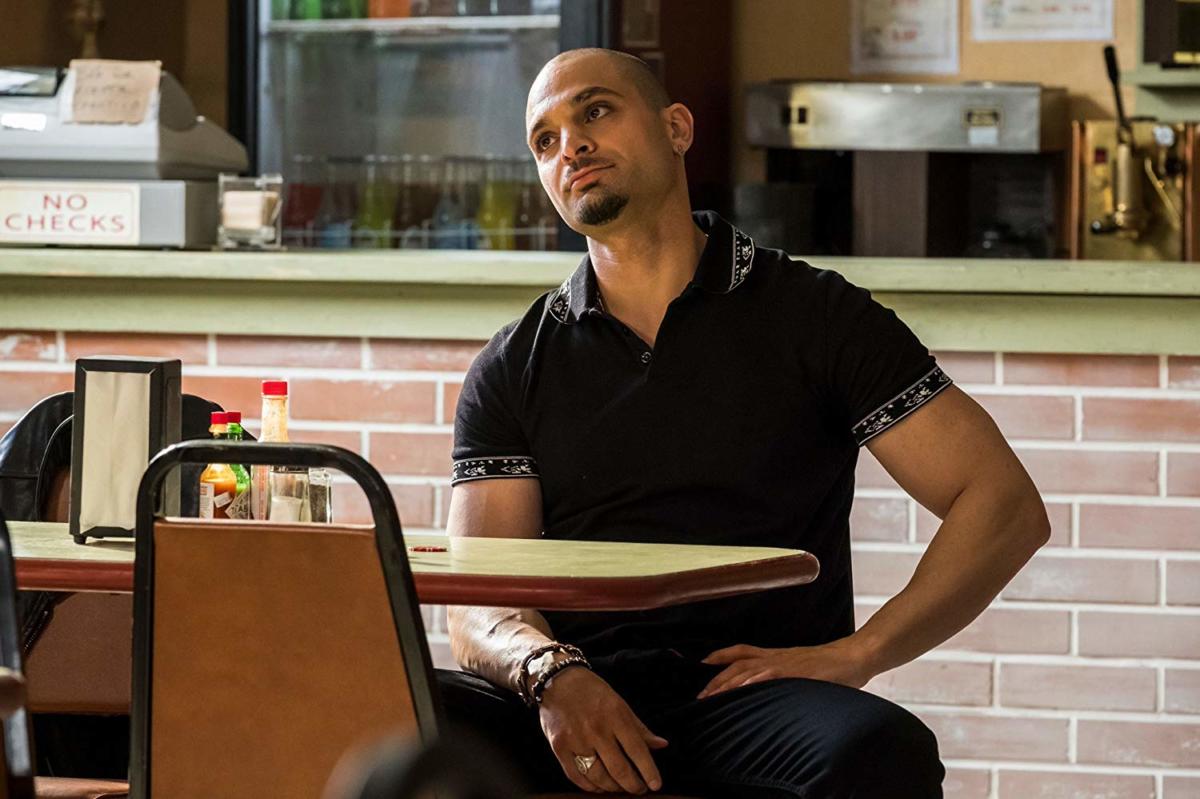 Let’s begin with this week’s titular town of “Coushatta” which bears its own unique history following the American Civil War, from Louisiana cotton farmers to white militias and election laws creating more obstacles for African Americans. It’s a clever setting for Huell Babineaux’s fictional hometown heroism involving the Free Will Baptist Church, and it’s a plan hatched by the lovably resourceful Miss Wexler. It’s the season of Kim, and it’s terrifying to try and predict exactly what that means when we’re only two episodes away from the finale.

One of the most beautifully shot scenes of this week’s “Coushatta” shows Kim working at the kitchen counter listening to Stereolab’s “Tempter” on her headphones. We begin the scene hearing only what she is hearing, and we end the scene hearing the silence outside of the headphones, the silence only Jimmy hears. The music is loud and unlike anything else on this show, but when you read the lyrics, its relevance is overwhelming:

Midway between happiness and sadness boiling but not overflowing
Fails to only make a better come back, more powerful and poignant and falls again
Destructive lust for life erected, on the verge pricked up like a picket
Fearing to respond to the tempting but malevolent call of the other side.

While Jimmy is writing letters on a bus headed for Coushatta, Louisiana, Kim is contending deeply with an inner struggle. In the same way that the Breaking Bad writers toyed with how long they could go with making it believable that Skylar White hadn’t discovered Walt’s darkest secret, the BCS writers are seeing how far they can push Kim’s boundaries – maybe she’s still around in Breaking Bad, in some capacity. After all, if she wasn’t around any longer, what would compel Jimmy to continue practicing law? Kim could be the invisible hand behind Saul Goodman.

But the law is sacred! “This is not a game”, as Chuck would say. Chuck would put the law above the people, while Jimmy would bend the rules if it meant helping a friend or conning a fool, and, as we’ve seen this season, Kim sits comfortably in the balance between these two ideals – the Law or the People – but in “Coushatta”, she slips into Jimmy’s realm.

She sits in the meeting with Paige and Kevin of Mesa Verde, and Kim looks utterly bored as her eyes glaze over. She could probably appease Kevin’s Wyoming pitch, but that’s only going to keep her from further discovering her secret passion lurking beneath the surface, and we see a glimpse of that passion as she turns the Zafiro bottle cork in her hand – the cork she kept from the night of their first con as “Giselle and Viktor” – only, this time, Jimmy has shined a light on a worthy con, the kind that serves to help criminals possibly get back on their feet. She can chase that thrill and still help the world, one Jimmy at a time. Season 4 continues that philosophical plotting originally lain out between two brothers. The question is: how far will Kim venture with this mission until she and Jimmy philosophically clash? It’s possible that Kim’s capacity for bending the law may even surprise Jimmy or exceed his own natural talents. If we’re headed toward Jimmy’s story meshing more with the Nacho-and-Lalo narrative, Kim could somehow be the missing link.

Gordon Smith wrote this week’s “Coushatta”, having earned his start with Saul Goodman mini-sodes leading up to Breaking Bad’s third season, so it’s nice that Smith gets to introduce us to the infamous “Lalo” who we first heard of from Saul’s mouth while being threatened in the desert by Mr. White and Mr. Pinkman. Since the Salamanca twins were forced to flee south of the border to avoid the heat after their shootout, Lalo Salamanca has been sent to keep an eye on things. Once again, music is used effectively this episode to expose a truth – it’s a loud and colorful song, and you cannot ignore its presence while Lalo tells Nacho, “It’s going to be like I’m not even here.”

This is Jim McKay’s first time directing for BCS, but he had the fortune of directing one Breaking Bad episode, specifically, Season 1’s “Cancer Man” where Walt comes clean about his cancer and Jesse tries to make nice with his own family. McKay has a knack for being able to replicate a show’s established style, but with nice subtleties – this time around, with “Coushatta”, as opposed to “Cancer Man”, McKay is faced with depicting familial themes with a bit more nuance.

Smith’s writing weaves a thread of legacy, from Babineaux’s hometown reputation, to the Salamanca bloodline, to Krazy-8 fulfilling Nacho’s previous role, to Nacho’s fake Manitoba cards for him and his father, then all the way to the construction of Gus’ super lab – “You are [your father’s] legacy” Werner says to Mike, but Mike chuckles inwardly at this notion. Mike suffers no delusions of grandeur. There is no legacy in his mind. There is only the job and the money it brings which he can someday pass along to Stacey and Kaylee, but all of that goes away if Werner drunkenly blabbers too much to strangers. In this light, we can appreciate what Mike was so upset about in Breaking Bad’s “Say My Name” – “We had a good thing,” he said to Walter. “We had everything we needed, and it all ran like clockwork. You just had to blow it up. You and your pride and your ego.”

Lastly, we are left with the legacy of Wexler-McGill. Kim inspires him to work hard, from the mailroom to the courtroom, from suspension to peddling cellphones. On the other hand, Jimmy is the source of thrill and laughter. Smith and McKay leave us with a familiar image first introduced in the show’s pilot: two close friends sharing a cigarette, only instead of the parking garage of HHM, it’s right outside of Jimmy’s next potential law office. “You’re not a real lawyer,” Chuck had once said to his brother. But this time, Kim is all-in for the very thing that Chuck railed against. The law is not sacred. Chuck is dead, and there’s no looking back.

– When Lalo is fixing food and hands Nacho a plate, he tells Nacho he’ll love the food – specifically, he says, “You’re gonna die.” It feels less like a hint of the future and more of the writers having fun. We’ve waited 9 years to understand what Saul Goodman was referring to in the desert – “It wasn’t me, it was Ignacio! He’s the one!” and “Lalo didn’t send you?” – whatever this means, we’re likely going to be waiting until next season to see exactly how this new narrative plays out. I don’t expect Nacho to be skipping town anytime soon now that Lalo is here, but he could someday with the assistance of the Disappearer.

– Still curious since the time-jump in last week’s “Something Stupid” – where’s Howard and how is HHM fairing? Maybe he’s unloaded his shoulders by now and dropped that heavy cross.

– Mike is so deft at deflecting any prying into his past, and Jonathan Banks’ performance is achingly poetic.

– Another lovely shot is the final one of Jimmy’s next potential law office – the upper-right-hand corner of the screen is filled by an empty outline where a sign might someday feature “Saul Goodman: Attorney at Law” – while Wexler-McGill may not occupy the same building, they could operate from extreme ends of the spectrum, invisibly working in tandem, serving criminals to the best of their natural abilities.