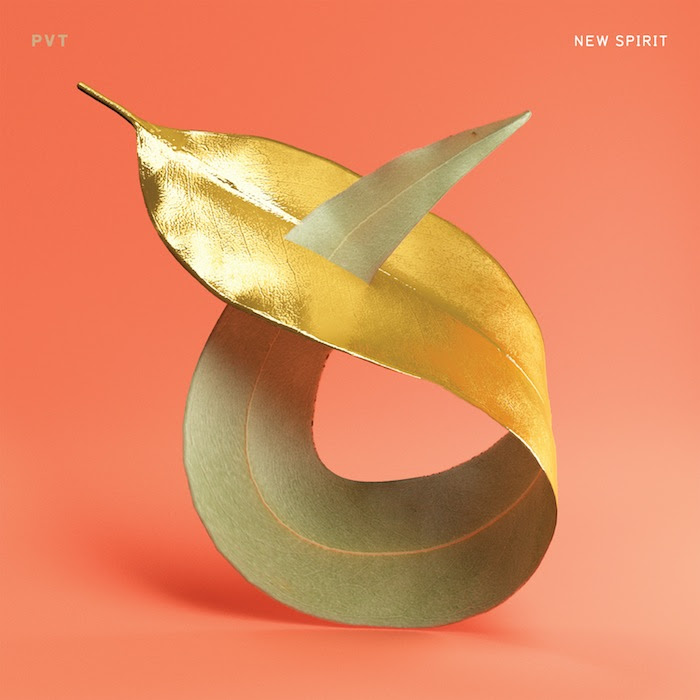 Australia is sadly a land divided. Differences of opinion and lack of empathy are being labelled as “political correctness gone mad” and social media is riddled with baseless hate-inducing memes. The adage of fear and ignorance breeding hate has never been truer, as Sydney trio PVT have addressed in their fifth album release – New Spirit.

Vocalist and producer Richard Pike has had a four-year break between releases, and he’s brought the experimental rock three-piece back together at just the right time because the themes of social restlessness and political incompetence are fitting.

‘Spirit Of The Plains’ is the opener, and although it’s an instrumental, the title implies an ode to the indigenous spirituality of Australian land. The track commences with deep chanting, heavy strings and orchestral undertones, setting the intensity for the rest of the journey. Mix in some intergalactic metallic sounds and soft electric organ notes, and you have yourself a tasty album entrée.

‘A Feeling You Can Find’ shows off their techno looping skills on the laptop, as well as their industrial drumming prowess. Short snappy rhyming verses like “gentle navigation” and “solvable equation” match the vibe of the track. Pike is more of a breathy background voice, but the clicks and pops from the looping make one hell of a hook in their own right as he reminds us: “I may not be a young man anymore, but I know the score.”

Not to sound like a fuddy duddy, but you can barely understand a word Pike is saying, which is such a shame considering the importance of the message. A little annunciation, and a little push from the diaphragm would go a long way.

The next several minutes are a blur of fuzzy beats, steel drums, auto tune, and killer vocal basslines – a winning component in New Spirit.

‘Fool In Rain II’ has ominous electronic builds, creating a fierce atmosphere of unrest. When you least expect it, they drop a chunky bassline into your lap, one you can sink your teeth into.

‘Morning Mist, Rock Island Bend’ has juicy bass and auto tune vocals. The ominous hopelessness continues with lines like: “The birds are singing needlessly.” Despite this, the music itself is hypnotic.

Pike seems to be remembering a time, place, and girl he once held dear, and the bitterness in the tone is rife but the track is atmospheric as he sings of forest beds being “damp with life.” This tune sends you into a trance of hopeful regret and nostalgia; an odd combination of feelings, indeed.

Bring on the massive patriotic metaphor, in the form of ‘Kangaroo’ with heady trancy glory and a slight playful air to the frenetic beats. With no-nonsense lyrics like “ready to fight” and the first sign of non-synth drums, PVT are pumped and motivated to stand up against the fear mongering politics and media, at the same time fluctuating between feeling cursed and spiritually at peace.

Just when you think things are starting to look optimistic, Pike brings us back to his morbid reality with ‘Murder Mall’ – a standout sombre song describing coming in at the beginning of a scene of violence and carnage in a public place, and observing the quiet, sobering aftermath.

Pike brilliantly portrays trauma and shock at the events unfolding before his eyes, recounting a moment of explosive tension and violence. The retelling gives new life to Pike’s voice, with a little bit of David Bowie passion: “Come get me if you want me / I’m a dead man anyway.”

Title track ‘New Spirit’ captures how backwards Australia is and how the country is still stuck in the past, steeped in racism and the growing gap between the rich and poor: “New arc, same flood” and “Old habits die hard.” The catchy drum and bass make for another album highlight.

New Spirit finishes strong with ‘Fake Sun In China’ – an electronic goldmine full of hisses, fizzes, and robotic squiggles, as well as lines like: “What if, in perpetuity, it’s a way to survive / is it living, or just being alive?” This appears to address the placid fence sitters who refuse to acknowledge that Australia is not as perfect as they want to believe, and would prefer to sit on their hands with fingers in their ears.

As a whole, New Spirit is a tease. It could easily be a two part album, where the first half of each song is on disc one and the second half is on a mystical disc two which has inexplicably gone missing.

This is a solid album, but PVT could have done so much more. It’s more of a background mood setter for quiet reflection and with the exception of two or three tracks, not really intended for an up close and personal perspective. Once again, due to the complex themes, it’s such a shame how often this record fell short. It does have its moments, though.

Verdict
With a host of hot button political issues, powerful imagery and a vast variety of musical elements – from experimental rock, to drum and bass, and techno – New Spirit is an audible feast for lovers of multi-genre electronica.
7
Cultured Vultures is a pop culture website established in 2013 covering all things gaming, movies, and more. We eat your words.
All The News On The Biggest Games