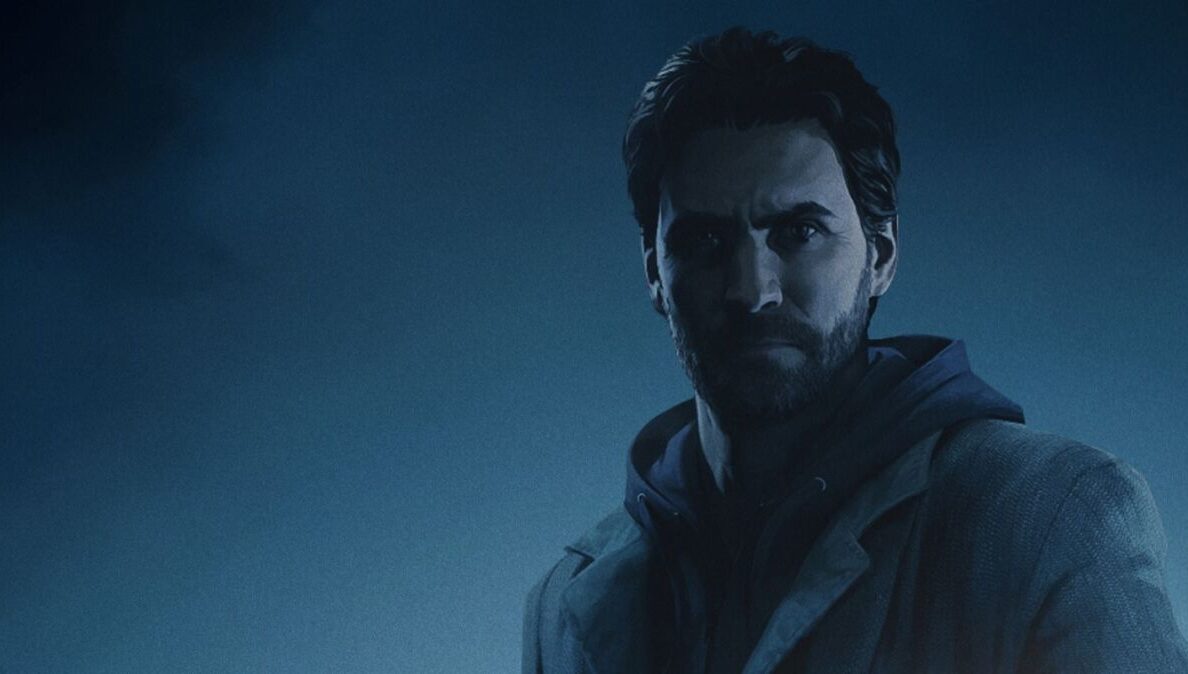 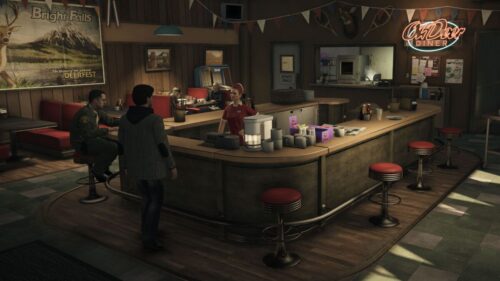 Like them or not, remasters and ports are here to stay, though I think we can all agree there’s a few out there that are a bit more egregious than others. While there have been a few headscratchers over the years, with some more on the horizon, it’s hard to deny that there’s always going to be a place for a smart, intelligent remaster, and Alan Wake Remastered fits that description.

As you’d expect from the name, Alan Wake Remastered bundles together the full Alan Wake experience, plus both DLC expansions The Signal and The Writer, along with a complete commentary track from director Sam Lake. Combine those with some improvements to the game’s textures, lighting and loading times, and you have a bundle worth investing your time and money in.

Right out the gate, Alan Wake Remastered does a lot of favours for itself with its incredibly reasonable pricing. In a world where £40+ is considered normal for a re-release, offering this remaster for just £25 is perfect. Even though it’s already available via Xbox’s backwards compatibility program, £25 is a hard offer to decline for a great horror game, even if you’ve already played it before. For new players, this is the ideal jumping on point. Throw in the fact it’s the first time the game will be available on PlayStation, and Alan Wake Remastered more than earns its place in the current gaming marketplace.

For the uninitiated, Alan Wake sees the titular character, a successful writer who’s suffering from a mental block, travel to the town of Bright Springs with his wife in order to relax. Unfortunately, some weird stuff happens, and townspeople are being corrupted by a force known as The Dark Presence, yet some scattered manuscript pages suggest the town’s current plight is a story of Wake’s own making.

That’s about as vague a story synopsis you can get other than “writer goes to small American town, bad stuff happens”. Truth be told, Alan Wake’s camp and kooky brand of horror is best experienced when you know as little about the game as possible. Being able to experience all the twists, turns and how the story fits together without knowing the full premise ahead of time makes Alan Wake a more enjoyable thrill ride.

Still, there’s also value in replaying the game again after a long time away. Coming back to the game after 10 years has given me a new appreciation for the game and how the story actually plays out. I feel like I never properly understood the story at a younger age, which is fine because there are parts of the story that seem intentionally vague. Wake’s opening monologue waxes lyrical about how the unexplained mystery stays with us the longest, and there are plenty of mysteries in Alan Wake between the start screen and the end credits, but it’s nice to come back with fresh eyes and feel like you’ve got a better grasp of what’s happening.

That newfound appreciation also extends into the DLC expansions. Without going into too much detail, the story there explores topics and themes that have only begun to resonate with me as I’ve grown older and come to terms more with my mental health journey. Seeing how Alan perceives interactions and the world around him, and how it’s similar to my own internal revelations, makes him a more sympathetic character. And no, that’s not just because he’s a depressed writer.

Gameplay-wise, Alan Wake is a third-person shooter that utilises light to fight against the dark forces, referred to as The Taken. For the Taken, darkness acts as an impenetrable shield, and Wake needs to use a torch (flashlight if you’re an American who plays dangerous games with their vowel usage) to burn away the darkness and attack the Taken’s fleshy center.

While trying to expose them to light, Wake has a number of tools at his disposal to make surviving a less insurmountable task. Flares offer up great crowd clearing options, forcing the Taken to retreat slightly and give you some breathing room, while flashbangs are this game’s equivalent of actual frag grenades: deals massive damage and causes silly ragdolls. They’re great.

Lastly, Wake has a dodge button tied to LB that allows him to escape danger, with cinematic camera cuts occurring with good timing. While it’s not an option that can be spammed, as the Taken autotrack Wake with impunity, nailing a good dodge always feels satisfying and allows you a spare couple of seconds to whip around, stun your would-be attacker(s) with your torch and turn the tables in a hurry. Or, it lets you put distance between you and the never-ending hordes. Basically, it’s your best friend in this entire game. Sorry, Barry Wheeler.

One of the weirder aspects of Alan Wake when it comes to the shooting is the lack of reticule while aiming. Basically, Alan’s torch acts as a crosshair for your weapons, shooting where the light points, while holding the left trigger fully focuses the light beam to burn the darkness quicker. Holding it halfway lets you aim without focusing your light and draining its battery, but it’s harder to pull off on an Xbox controller. Maybe the DualSense’s adaptive triggers would make that feature work like a treat.

Alan Wake’s gunplay might feel strange for some players, but the game somehow manages to channel Wake’s inexperience with firearms while retaining gunplay that’s fun and enjoyable for the player. Having to use your light to wear down the Taken’s darkness armour, or to stun enemies, means you’re already lining up your shots to begin with. Alan Wake also isn’t the type of game to reward players who go for 360 no scope headshots either. Just hitting your shots is fine, and Alan Wake is pretty generous to the point that being vaguely accurate should serve you well.

The story and gameplay mechanics were already there in the original version too, so what makes the remaster so special? The new textures and lighting look good, particularly the new face model of Wake and other characters, and the Pacific Northwest vistas of Bright Falls look twice as stunning on new hardware.

While the graphics look great, the animations haven’t been updated, and it shows more during gameplay conversations. Seeing characters jerk uncontrollably in random motions feels like it dates the game, but there’s a certain amount of it that almost adds to Alan Wake’s charm. The whole game feels like a blend of Twin Peaks and The Twilight Zone (the in-game TV show Night Springs is such an on-point genre parody too), so seeing the residents act like a bunch of weirdos feels somewhat appropriate, given the circumstances.

That said, there’s some issues with the remaster that could have been addressed. Alan Wake relies heavily on collectibles (there’s 100 thermos flasks to collect, 106 manuscript pages, radio shows, TV shows, town lore and other tidbits), but offers no chapter by chapter tracker of where to collect these items. Given the game’s age, finding guides isn’t exactly an issue, but it’d be nice to offer a tracker like this to allow completionists to hoover up everything organically instead of following along with a video playthrough.

There’s also some issues with the remaster itself, particularly during cutscenes, as they were prone to a bit of random slowdown. PR has assured us that this issue, along with some others, should hopefully be addressed ahead of launch. One issue that’s less standard is the fact that, upon completing the full game on normal (and sending my gamerscore past the 500K mark), Nightmare mode didn’t actually unlock. We’ve reached out to PR on that one, but if you’re reading this, we’re still waiting for a response.

Despite a couple of missteps in terms of what the remaster adds, Alan Wake is still an excellent horror shooter well worth checking out. The intriguing story, satisfying gameplay and mystifying world just beg you to be suckered in. Now, I should probably get around to finishing that Control DLC, eh?

A code for Alan Wake Remastered was provided by PR for the purposes of this review. 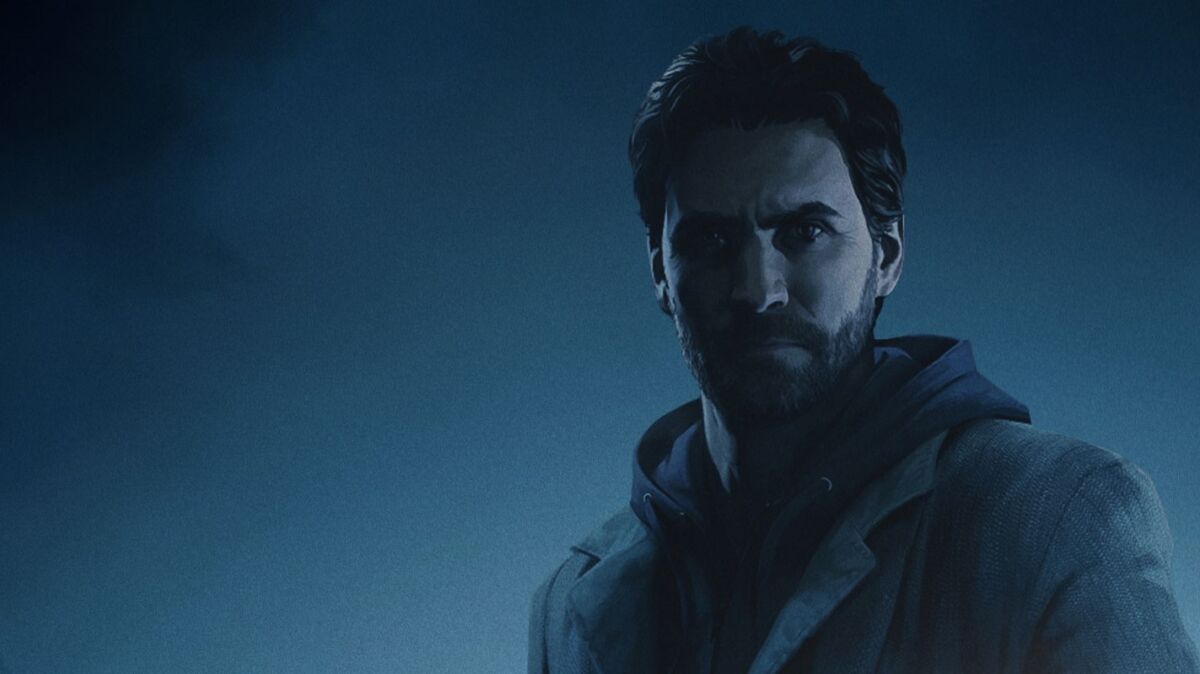 Verdict
Alan Wake Remastered mostly improves on an already excellent horror shooter experience, introducing a genre icon to a brand new audience.
8
Cultured Vultures is a pop culture website established in 2013 covering all things gaming, movies, and more. We eat your words.
All The News On The Biggest Games