Home
Opinion
The Age of the Selfie
Opinion
·3 min read

The Age of the Selfie

Recently, a certain amount of controversy was sparked by a photograph of Danish PM Helle Thorning-Schmidt taking a picture of herself flanked by David Cameron and Obama on her phone. The controversial aspect stemmed from the fact that said picture was taken during Nelson Mandela’s memorial service. This raises a very serious issue. No, not that world leaders were behaving disrespectfully at a memorial service, or that the Daily Mail is once again making stark assumptions about people’s views. The issue here isn’t even that these three might not have been paying attention; it’s far broader than that. The issue here is that ‘selfies’ are fucking stupid. 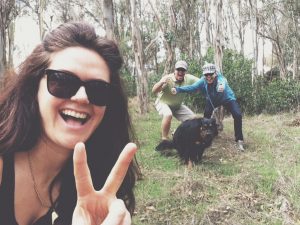 Even as I typed that the red wiggly line manifested beneath that word and I had half a mind to find a way to make sure it still shows up when the article’s finished and online, just to accentuate the idiocy of both the word and the concept. It’s a concept that’s far from new, only about 6 or 7 years ago we were still mired in the grim era of the high angle, po-faced MySpace profile picture and everything that went with that (‘pc 4 pc’… Shudder…), but thanks to the popularity of apps like Snapchat or Instagram and the commonplace standard of phones with a camera on the front, pictures uniformly occupied by one or several stupid faces are on the up. Now if you want to provide photographic evidence of something it seems more appropriate to capture your reaction to said event than the event itself, so instead of a picture of a car by the side of the road in a cloud of smoke we get a picture of someone forcing a cartoonish frown with the caption ‘car’s busted again :( #breakdown #car #whatismylife’. Between that and the incessant life cataloguing of Facebook and the rolling thought-for-the-minute diary of Twitter I’ll take the latter two, at least status updates have a sort of narrative (even if it’s a shit one) and tweets have some potential to provoke further thought or discussion. A picture of someone who looks like they’ve just woken up coupled with the apt declaration ‘just woke up :/ #morning #thatthingpeopledoeveryday’ has nothing to offer me or anybody else anywhere in the universe.

Photography is a wonderfully versatile entity; it’s an art, a science, a pastime and an extremely effective way of frightening headhunters away. Perhaps most importantly of all though, it allows you to put a pin in memorable moments so that you can revisit them and share them with others so much more easily and contrary to what the original motivation might have been, the momentum behind concepts like ‘selfies’ and ‘tagging’ is only driving us further away from that. There are many, many pictures of me out there in the world, Facebook would have you believe that there are about 1500, I’m drunk in a substantial fraction of those, Facebook would have you believe that’s pretty much my life. This bizarre movement towards documenting every second of your life online and boiling that information down to a series of concise, patronising sentences and forced facial expressions is turning us into weird automatons, like reality is blending with The Sims. You pull a deliberately exaggerated sad face and say you’re hungry, post it, and then you eat and pull an exaggerated happy face, declaring that you are no longer hungry. Yeah that’s pretty much exactly The Sims. 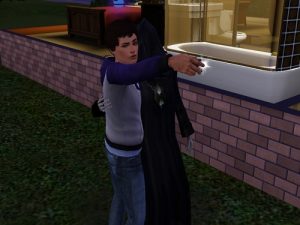 I apologise if I’m coming across like a bit of an old fart in this article but when world leaders are glomming onto trends as backwards as this one it’s probably time some action was taken to stem the tide. To me it feels like an age of mistrust has taken over. It’s not enough to take a picture of a place, person or event as a memento, now you have to jam your face into it just to prove you were actually there. Oh wait sorry, that isn’t quite enough either, you have to tag yourself. And the location. And the date. Otherwise why should we believe you?

Hopefully this is all part of a phase as ultimately irrelevant and short-lived as we’ve come to expect, else we might have to look forward to a future where future historians have to speculatively study pivotal events whilst trying to make out what happened in the reflection of somebody’s pupil.