A Creeping Plague Will Take My Place by Philip LoPresti REVIEW 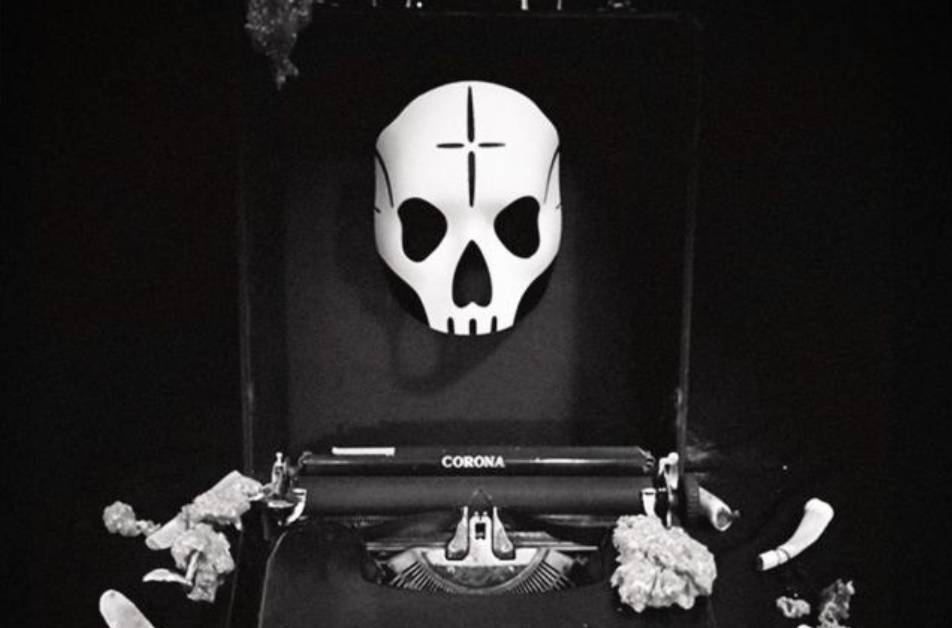 “These public bathrooms have become a confessional for the deranged/ Speak your sins into the glory hole/ Cross yourselves and eat the wafer given/ What should be our salvation is only destroying us.

Author, photographer, and artist Philip LoPresti had previously published several chapbooks of poetry and novellas which have since been taken out of print. A Creeping Plague Will Take My Place collects four of those chapbooks of poetry plus several new poems.

LoPresti’s poetry is incredibly dark and this can be seen in the titles of the chapbooks collected here. “Haunted Fucking,” “I Am Suicide,” “Skull Fuck Abattoir,” and “Death Bird Poem.” The new poems are collected in a section titled “What Remains.” The first three were originally published by Dynatox Ministries and form a sort of trilogy. While I had already read them when they were published as stand-alone chapbooks, re-reading them brought back to me what I found so compelling so much about them and reading them together as a whole gave me a new appreciation for them.

The poems of “Haunted Fucking,” as the name implies, contains several sexual images juxtaposed with images of death and horror. The poems are labeled as “Spasms,” as one would experience during the throes of ecstasy or painful death. For example, the short poem labeled “Spasm Twelve” begins with:

“Cock deep
in the swamp of your fucking.”

and then ends with

The sex drive and death drive as one in the same. La petite mort.

As dark as these poems are, there is a certain undercurrent playfulness and glee in them like LoPresti was excited to be writing them. This is a big contrast with “I Am Suicide.” The poems here are angry, hateful, and far more disgusting their imagery. The poems are simply numbered with Roman numerals and several are intentionally not formatted properly. For example, poems like “XIII,” quoted at the beginning of this review, and “XXVI” forgo spacing in favor of just using slashes.

It comes to a head with the poem “XXVIII” which is nothing but the sentence “No god would ever fuck you” over and over again as if LoPresti was scrawling it out in a fit of rage. There’s no playfulness here, just a sense that LoPresti is bleeding on to the page because he needs to.

“Skull Fuck Abattoir” is the doldrums of the aftermath of the angry outburst of “I Am Suicide” and the joyful darkness of “Haunted Fucking.” This was my least favorite of the chapbooks, and while I still find the poems less memorable here than the prior two, I found a new appreciation for it in the context of this collection. The poems here are more quiet and surreal. The poems lack even any numbering, each one being labeled as simply “Poem” as if LoPresti could not even be bothered to distinguish one from the other. No surprise, this is also the shortest of the first three chapbooks.

“I love not what you do, but how you bury it.
Such a fine example of lazy prayer.”

The next section, “Death Bird Poem,” is a single longer narrative poem that was also originally published as a stand-alone chapbook. The story in the poem about a crow that, due to feeding on the bodies of the dead, helps to spread the bubonic plague. The obvious parallel made here is to how the bird-mask wearing plague doctors often inadvertently helped to spread the disease while trying to treat its victims. This poem reminds me more of LoPresti’s novella Wytchcult Rising than his other poetry. A Gothic and grotesque tale of death and destruction.

“Epidemics are so beautiful
from this high up.”

“What Remains,” doesn’t have a central theme like the prior sections, but instead is simply a collection of poems previously either unpublished or uncollected. The individual poems here are titled and the subject matter is more varied. For example, poems like “Ache Horns” continues the horror and sex filled imagery seen in the ones in the prior sections.

“Ink marked bone.
A body to nest in.
A home for ghosts
and the man that follows.”

Others are more direct and personal such as “While You Were Gone,” which describes the experience of missing and mourning for a lover when they’re forced to check into a hospital. Even without the sexual and horrific imagery which are normally part of LoPresti’s work, the intense emotions remain very real.

“We continue to exist in a hollow
flux of desperation
always willing to make a plea deal
in some attempt to bargain ourselves
out of further loss
but there will always be a price to pay
no matter how hard we go kicking and screaming
into our sleep.”

Philip LoPresti’s poetry is not for everyone. It’s incredibly dark, graphic, and often disgusting but it’s incredibly intense, well-written, and full of real, deep emotion.

Verdict
A Creeping Plague Will Take My Place is a powerful book full of amazing poetry and strange yet beautiful photography. I highly recommend this collection and I hope it will introduce LoPresti's work to a wider audience.
9.5
Cultured Vultures is a pop culture website established in 2013 covering all things gaming, movies, and more. We eat your words.
All The News On The Biggest Games