When Muppets Have Sex 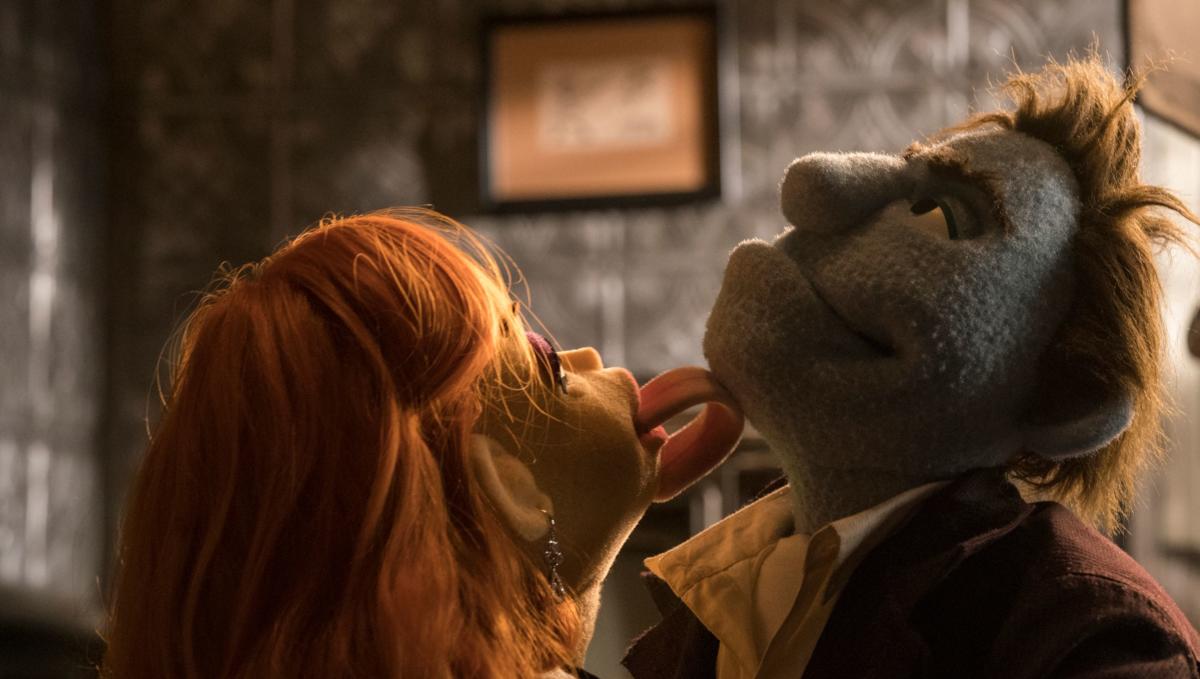 People forget that puppets were originally meant for adults. If you need a reminder of this fact, recall that Punch and Judy shows used to feature Pretty Polly, who was Punch’s mistress; the Devil; and a large stick that Punch occasionally liked to use on his wife. Sure, the Victorians cleaned up the classic act, and the advent of television turned family-friendly puppet shows into a staple of children’s entertainment worldwide. But somewhere deep in our ancestral memories, under the felt and googly eyes of polite society, we still think of puppets as raunchy, violent chaos bunnies. This must be true because no matter how cute they get, no matter how strongly associated with innocence and education, people keep trying to turn puppets into nymphomaniacs.

The Muppets probably goosed this trend by being easy targets. The tumultuous relationship between Kermit and Miss Piggy borrows a lot from Punch and Judy show, including copious anger issues and domestic abuse. Long before Brian Henson gifted us all with the edgy, sexually voracious Muppets that nobody normal wanted, a musician named Tom Smith decided that the world needed a Muppet-ized Rocky Horror Picture Show that acknowledged Muppets as beings capable of doing the Time Warp. He called it The Rocky Horror Muppet Show and the script is somehow still alive and well on the Internet. In this day of digital magic, the fact that this masterpiece has not been brought to life is a baffling mystery.

It’s not like there’s zero precedent for puppets with personal lives. The Muppet Show famously featured several sly in-jokes for the adults, including one famous moment when Janice appears to decline an offer for a nude film appearance. There’s more raunchiness built into the recent revival show, The Muppets, but it’s distractingly overt, eclipsing anything uniquely Muppet about the Muppets and missing the point of why grown-ups continue to like felt performance proxies. Puppets are supposed to be whole parodies of life, capable of taking a stick to the head or a drubbing from Miss Piggy or the snarky comebacks of elderly box seat critics, and people are as invested in their relationships as in anything else about them. Just look at how much fans worldwide care about the theoretical homosexuality of Bert and Ernie. Despite the widespread fan understanding that these hunky bits of felt are together, nobody wants to see them get down. They’re well-rounded Muppet beings, and it’s not inherently hilarious or entertaining that they might have private adult lives. People just care that they care about each other. This is the mistake that Brian Henson made with The Happytime Murders. It’s not shocking, or even that interesting, when puppets are turned into one-note sexual jokes.

Just look at Meet the Feebles for an example of puppet sex used correctly. This classic Peter Jackson film smashes the idea of family-friendly entertainment into tropes that are both miserably uncomfortable to the sheltered consumer of “safe” television and extremely satisfying to the jaded critic who knows how the sausage is made. The idea that performers who don’t say “fuck” on-screen don’t also have off-screen addictions and vices contributes to an idealization of the world that basically depends on an unanalytical viewer. The Feebles dunk the audience into the ice-water of showbiz reality without tearing down any real people, and the film is likeable for the same reasons that people enjoy polar bear swims where (ideally) nobody actually gets hypothermia. Feebles makes the same point as Death to Smoochy with a lower budget and without Robin Williams hamming up gay stereotypes. At least when Feebles is that lazy, it gets a good song out of it.

The Happytime Murders became a shining example of how not to do anything, much less a puppet movie, because it couldn’t get over the fact that it was, in fact, a puppet movie. Look, guys! It screamed. They’re puppets! And hedonists! Puppet hedonists! But that’s not new and not what makes puppets good. The fact that puppets like sex has already been established through the forbidden love between a frog and a pig. “Avenue Q”, which famously showed the world puppet boobs, won a Tony for allowing the fact of puppet sexuality to be peripheral to an actual plot. The use of puppets as complex characters and not as punchlines in a dirty joke is the key to their successful use in this context. What’s recently blinded Henson is that puppets being grown-ups isn’t inherently funny because puppets are not, and have never been, just for kids. His confusion in this area is unfortunate for the future of the Muppets franchise.

That said, once puppets became the children’s icons that we knew from Sesame Street, it was inevitable that a generation of adults would grow up to think of them as components of morality plays, just as Punch and Judy once were. “Avenue Q” was essentially an episode of Sesame Street for adults, including sex but not about sex, (with the exception of one notoriously porn-obsessed outlier) simply because sex is a normal part of the lives of the young adults that the show targeted. Even the considerably more gratuitous Meet the Feebles, which is still occasionally trotted out at parties as a shocker, uses sex to make a better statement about the underbelly of family-friendly show business. Both fall closer to the reality of puppets as educational tools for adults and durable embodiments of human foibles that can snort borax or get shot out of a cannon without breaking the budget.

So puppets will probably do grown-up things on film again. Maybe not soon, but once Happytime is out of everyone’s memories, there will be another “Avenue Q” or Sifl and Ollie or Meet the Feebles. Maybe Punch and Judy will re-emerge one of these days. Just hope that Brian Henson takes a page from Jim’s book if he’s in charge.