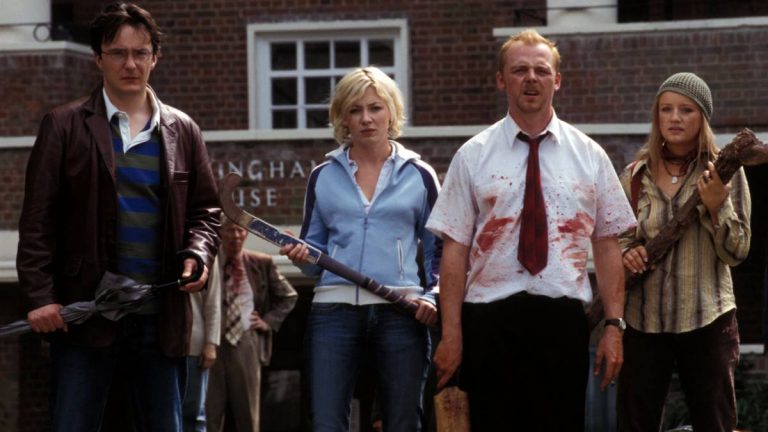 There’s no doubt that George A. Romero is the king/godfather/sheikh of the undead, so to make a countdown of the best zombie films, it’s fair to say that most of the list would consist of his earlier releases.

To vary things a little bit from Romero’s original trilogy inevitably taking the top spots, here are the very best Z flicks without a Bub or Flyboy in sight.

NOTE: a zombie is someone who dies and then reanimates before trying to nibble on other people. 28 Days Later and others are omitted as they do not die before turning.

The most recent release on the list, The Battery

is without doubt the best film to come out in a saturated genre for a long time.

By cranking down the scares and situating most of the action in the back of a car, Jeremy Gardner’s directorial debut focuses not on blood and guts but the disintegration of civilisation and what it means to be a human being when everything is testing the latter.

Though not easily (or legally) available in the UK, you can request it from the producers here for release.

As late 70’s as they come, you’ve probably come across a famous scene from the zombie classic that is Zombi 2

In it, a zombie and a shark duke it out in the most gripping showdown since Lindsay Lohan’s last intervention. The rest of this classic is on the same wavelength (not that there’s a zombie practising Muay Thai with a giraffe or anything) so expect a lot of silly but undeniably entertaining gore throughout.

You really want to watch that scene, don’t you. Here it is in all its glory.

You could literally reel off a list of quotes from this British classic as justification for its entry in the list as it’s one of the most memorable films to come out in the past ten years.

It’s doubtful that you haven’t seen this film already but prepare yourself for the best Romzomcom of all time when you do get around to it. Let your coworkers know in advance that you’ll be pissing them off for a while by reciting the hundreds of one-liners from Shaun of the Dead

each and every day.